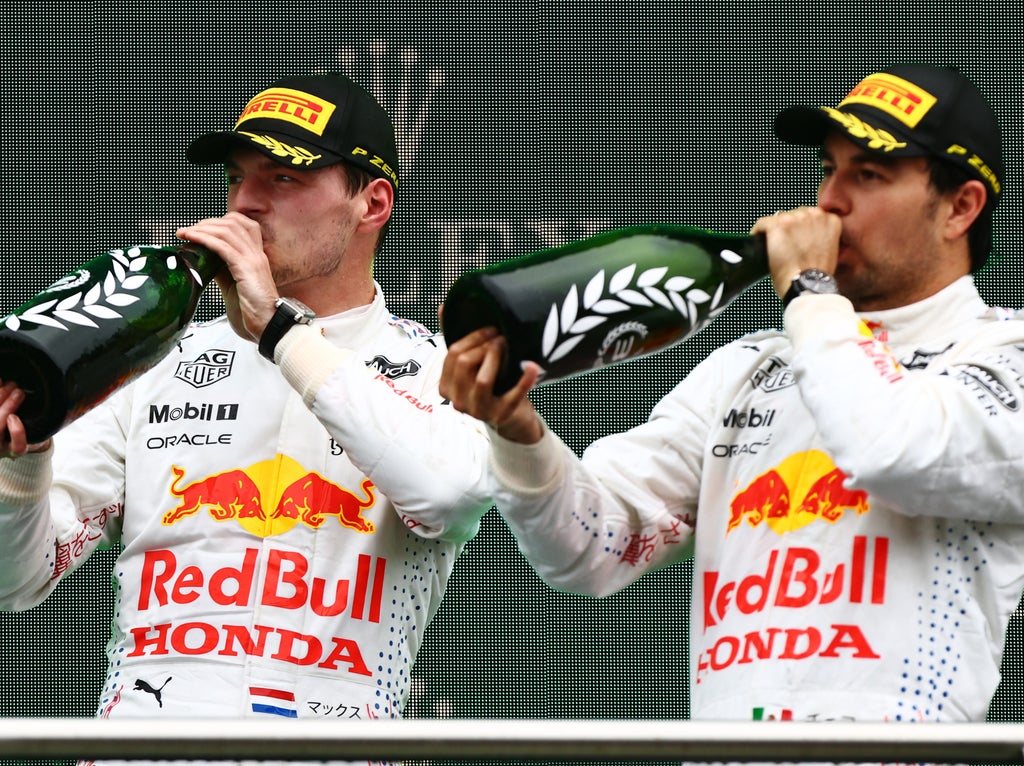 Max Verstappen has said Red Bull teammate Sergio Perez should be rewarded with tequila for holding off Lewis Hamilton at the Turkish Grand Prix.

As a result of those finishes, Verstappen erased Hamilton’s two-point lead at the top of the Formula One drivers’ standings, and the 24-year-old is now six points clear of the seven-time champion with five races left this season.

“You owe me a couple of tequilas!” the Mexican said.

“I’ll get them to you in Mexico – before the weekend or after?” Verstappen asked, referring to the Mexican Grand Prix on 7 November.

He went on to say: “With Lewis, when he came I think I was at the worst stage of my race. I was degging off massively, and to defend him was pretty hard.

“I think at that point Lewis is the fastest car on the track and [I’m] probably one of the slowest and really degging off with my tyres.

“He was already ahead, but I gave it a good shot into Turn 1 and managed to survive. I went through the wet patches and the car stuck in.

“It was a really enjoyable fight.”

Next up on the F1 calendar is the US Grand Prix in Austin, Texas on 24 October.