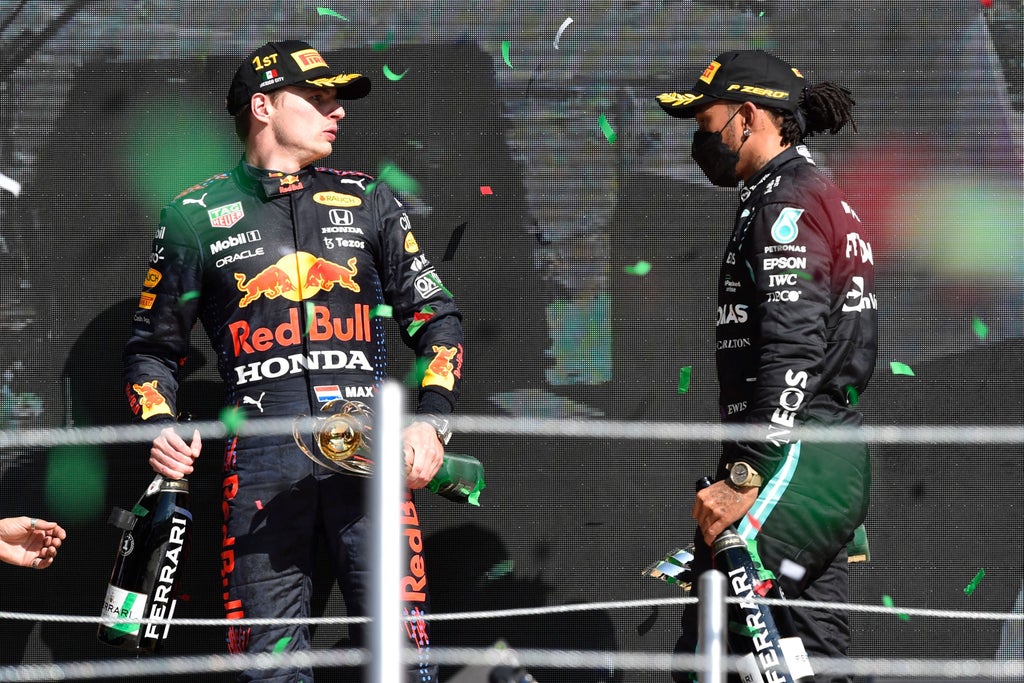 Verstappen currently leads the standings by 19 points with four races to go, and the Brazilian Grand Prix this weekend is typically a place where his Red Bull team have dominated in recent years.

Berger has first-hand experience of seeing a title battle at close quarters, having finished third in the championship twice in his career for Ferrari.

Berger told ORF: “I think Max is the cooler of the two. He has the better nerves. When Max crosses the line after a victory, he does a short ‘thank you’ radio message to the team.

“He’s very clear in the head, not emotional, no crying or screaming.”

On Hamilton, Berger said: “Lewis often overshoots the mark. It has nothing to do with titles or experience. It is just down to nature whether you perform particularly well under pressure.

“We saw it already in the Rosberg days, when Lewis was most likely to be attacked.”

Meanwhile Hamilton’s quest to win a record-breaking eighth world championship could be dealt a further blow in Brazil this weekend with the Mercedes driver facing a grid penalty.

Hamilton’s team are considering an engine change, which would exceed the number of parts their driver is allowed to use.

The Englishman served a 10-place grid drop at last month’s Turkish Grand Prix after taking on his fourth power unit of the campaign. He finished fifth, three places behind Max Verstappen.

When asked about the possibility of an engine change, Hamilton refused to rule it out.

“I cannot really comment at the moment,” the 36-year-old said. “As far as I am aware, my engines are fine, but I will find out later on. We have not even done an engineering briefing yet.”