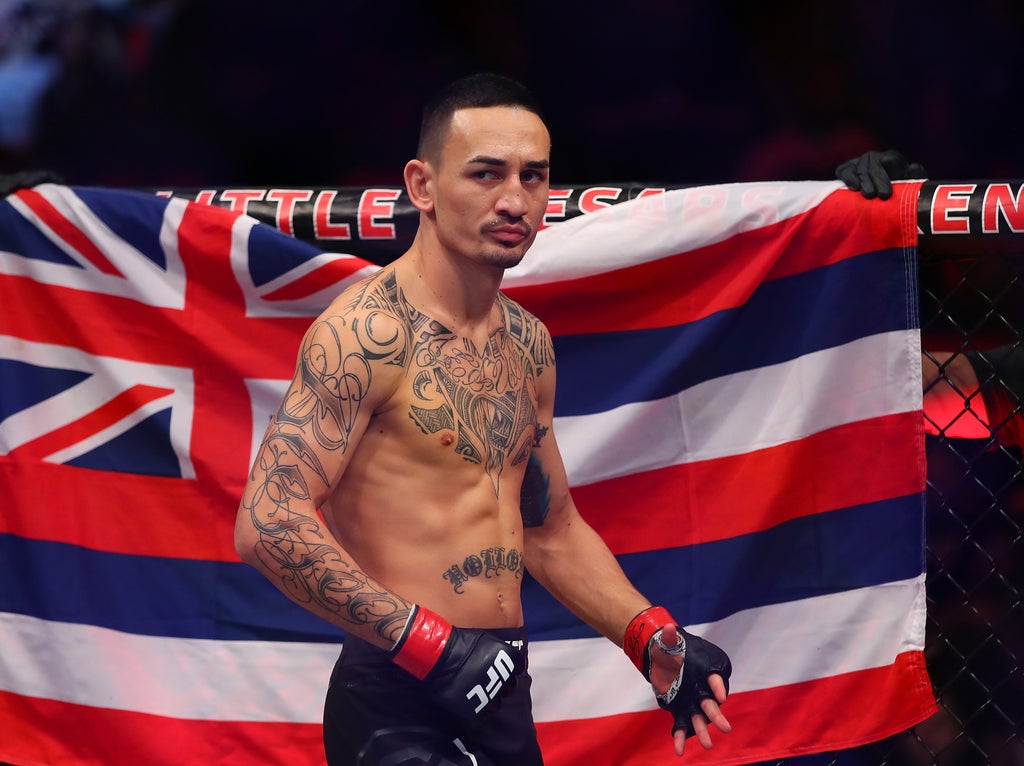 Max Holloway returns to the Octagon tonight to take on Yair Rodriguez in a highly-anticipated UFC featherweight bout.

Former champion Holloway last competed in January, turning in one of the greatest performances in the history of the sport as he outpointed Calvin Kattar while setting numerous striking records.

Rodriguez (13-2), meanwhile, is returning after a two-year absence, his decision victory over Jeremy Stephens in October 2019 marking his last outing.

The first of those defeats came in April 2019, in a clash with Dustin Poirier for the interim lightweight title, before Holloway lost his featherweight belt to Alexander Volkanovski in December of the same year. The majority of fans believe the Hawaiian should then have been awarded the victory in his rematch with Volkanovski last July, though the judges saw it differently.

Here’s all you need to know about tonight’s main event.

UFC Fight Night: Holloway vs Rodriguez will take place on Saturday 13 November. The event will be hosted at the UFC’s Apex facility in Las Vegas.

The prelims will begin at 6pm GMT, with the main card following at 9pm.

The main event between Holloway and Rodriguez is expected to begin at around 11pm GMT.

In the UK, the Fight Night will air on BT Sport, while ESPN+ will show the action in the US.