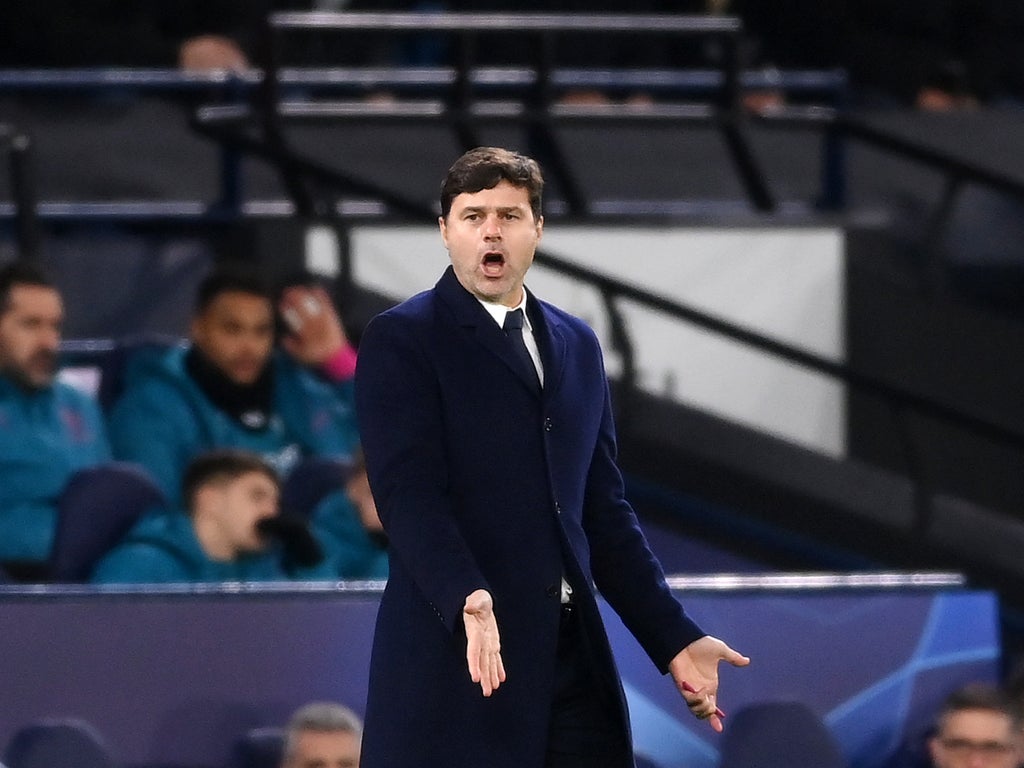 After a complicated night, a simple question. Has Mauricio Pochettino told his Paris Saint-Germain squad he is staying?

“The players know very well our situation,” the Argentine answered, after his side’s 2-1 defeat to Manchester City. “We know their situation. We are living in a business that rumours are there, sometimes negative, sometimes positive. That is not a thing to talk about.”

The performance at City will nevertheless raise a lot of discussion on the positives and negatives of Pochettino taking over across the road at Manchester United.

It wasn’t a sparkling display from PSG. It wasn’t much of substance at all.

Their lack of coherence stood out all the more against City’s sublime movement. Whereas Pochettino’s side were dependent on flashes on individualism, Guardiola’s were a team. They were a system.

A superficial reading of this is that if Pochettino can’t do much with these stars, it puts doubt on what he can do with any big team.

It would also be an incorrect reading, since it overlooks the stark contradiction at the core of PSG. The truth is that the more superstars you fit into that squad, the less like a team they can be. It is a well worn line now that both City and PSG represent opposite approaches to what you can do with a lot of money, and a state’s backing.

But that isn’t even the half of it.

PSG almost feel like they’re unique in world football now, and not always in a good way. They’re an operation like no other.

Many of those who have worked at or around the club insist it is virtually impossible for any coach to impose an ideology on that squad. It’s not even that Guardiola or Jurgen Klopp would struggle, it’s that they probably wouldn’t take the job.

The stars just have too much power. They’re too indulged. If a coach demands something they don’t really fancy, they can complain to one of the directors that listens to them.

Pochettino is too politically attuned to do that, though. It is why he is attempting to do pretty much all you can do with a PSG squad, and work something functional around the stars.

Hence you have a situation where seven of the players are working so hard while the stars are just waiting, and often strolling.

There was a moment towards the very end of the City match when Guardiola’s side were on the attack and Messi was literally just standing there watching.

He is broadly worth the trouble at this age, of course, but it involves a lot of compromises. And too many compromises for Pochettino’s high pressing approach.

This is not the foundation for a fully committed unit, and certainly not for a system that demands intense pressing.

This is why, for all the public protestations, Pochettino wants to leave. He just has to play the game a bit.

He would also get to play differently at Old Trafford, were it to actually happen.

For all the dismissiveness about some of United’s players, their squad is nothing like PSG’s. Sources who know Pochettino even insist that it is one mostly suited to his way, given it is a largely young group of players, who are now hungry for coaching.

It would undeniably work much better than PSG. There would be a lot more positives.

The reality is that it is almost impossible to judge his suitability for United on what happens in Paris.

They are currently a club unlike any in football. It goes way beyond tactics. It is about the power dynamics of the club.

Virtually everyone who has worked at PSG says it. They’re the most complicated for any coach. It should make Pochettino’s own decision rather simple. It’s now just up to United.