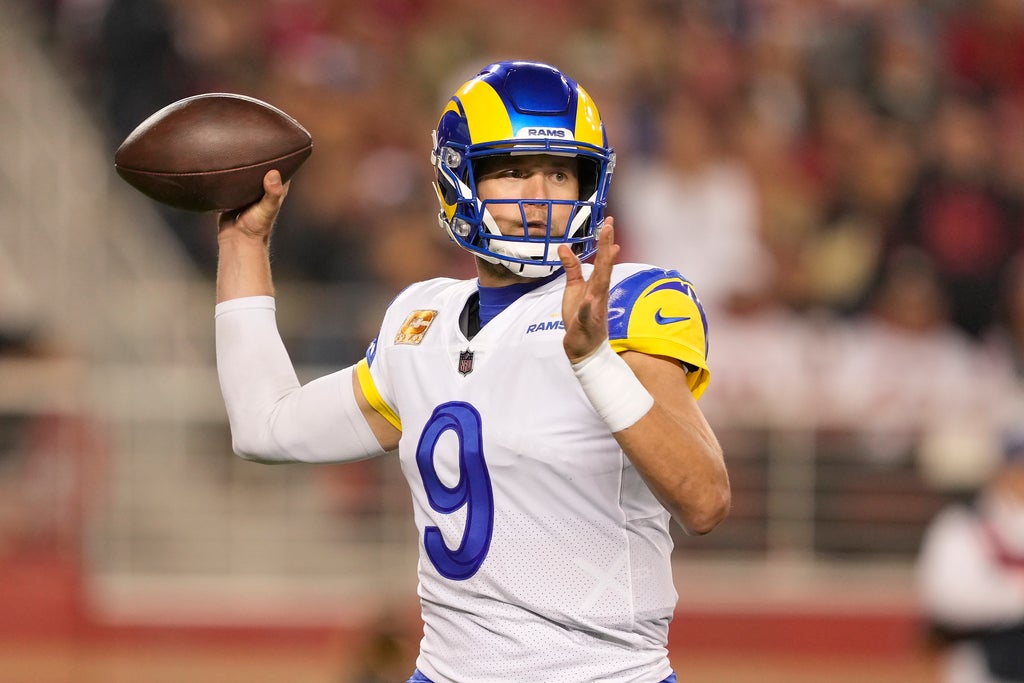 The quarterback had a pass intended for Odell Beckham picked off at the Niners’ seven-yard line, and Jimmy Garoppolo led his side back the other way for the opening score late in the first quarter.

The lead was soon doubled when Stafford’s short pass fell into the hands of Jimmie Ward, who returned it for a touchdown.

Stafford got his sole score early in the second quarter, passing to Tyler Higbee, but San Francisco kept up the pressure with a 91-yard drive capped with a Deebo Samuel eight-yard rush.

Samuel had another through the air in the fourth with a 40-yard completion as San Francisco scored a win over their NFC West rivals.