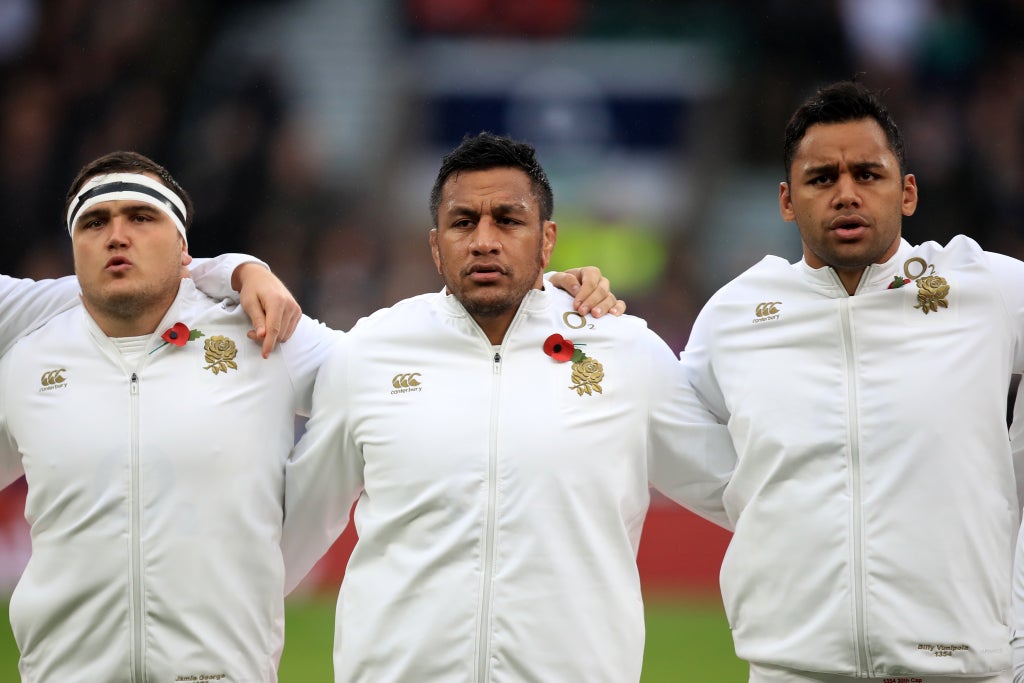 Mark McCall has backed the Saracens trio of Jamie George, Mako Vunipola and Billy Vunipola to be fuelled by their shock snubs by England boss Eddie Jones

George and the Vunipola brothers were among a handful of high-profile absentees after Jones selected a provisional 45-man training squad ahead of autumn fixtures against Tonga, Australia and world champions South Africa

Hooker George and Mako Vunipola are poised to return to Sarries duty in the coming weeks following rest periods due to their summer involvement with the British and Irish Lions, along with team-mates Owen Farrell and Maro Itoje.

Saracens director of rugby McCall met with national team head coach Jones ahead of last week’s squad announcement and is confident his overlooked players can force their way back into England contention.

“Obviously for some of our players, it was disappointing. But knowing those players and knowing how motivated they are to play for England, I think Eddie wants to see a response and I’m sure you’ll see that.

“We want them to play for their country.

“If this is a provisional squad, there’s a proper squad going to be announced around October 8, so let’s see what happens with that squad and see if anybody has the chance to catch Eddie’s eye in between those two things.

“But Eddie knows the quality of those players, he’s worked with them for a long time and if he sees what he hopes to see which is the hunger and drive which is necessary to play at that level then hopefully they’ve got the opportunity to get back into the squad.”

Members of the Lions squad which toured South Africa were initially scheduled to be unavailable for domestic action until the middle of October due to an agreed 10-week rest period.

But, like rival clubs, Sarries have held discussions about the possibility of their contingent returning earlier.

McCall will assess his four Lions players – excluding the injured Elliot Daly, who is out for around two months with a shin issue – on an individual basis, and expects Itoje to return last due to his greater involvement in the three Tests against the Springboks.

“I think overall there’s been a sensible approach to the whole thing, rather than having some kind of blanket arrangement for everybody,” said McCall, whose club have been in contact with the Rugby Football Union about the situation.

“I think they’re rightly going to make decisions based on common sense, logical reasons and, ultimately, what’s in the best interest of the player, which should be front and centre.

“We want to bring them back at the right time for each one of them and in a sensible fashion. They’ve all had a good rest but it’s just when they are ready to go and ready to play rugby.

“Over the next couple of weeks you can expect to see a few of them come back in and then Maro probably a little bit later than that.”

While George and the Vunipolas may well be reeling from their England omissions, fly-half Farrell returns to Sarries having been dropped from Warren Gatland’s matchday 23 for the Lions’ series decider in Cape Town.

McCall has no concerns about his skipper bouncing back from that setback.

“We’ve got a very motivated – he always is motivated – and very hungry Owen Farrell back in the camp, which is a great thing,” said McCall.

“He’s the captain of our club. He did a great job for us at the end of last year to steer us in the right direction at the end of the Championship season, and he’s champing at the bit to get back.”