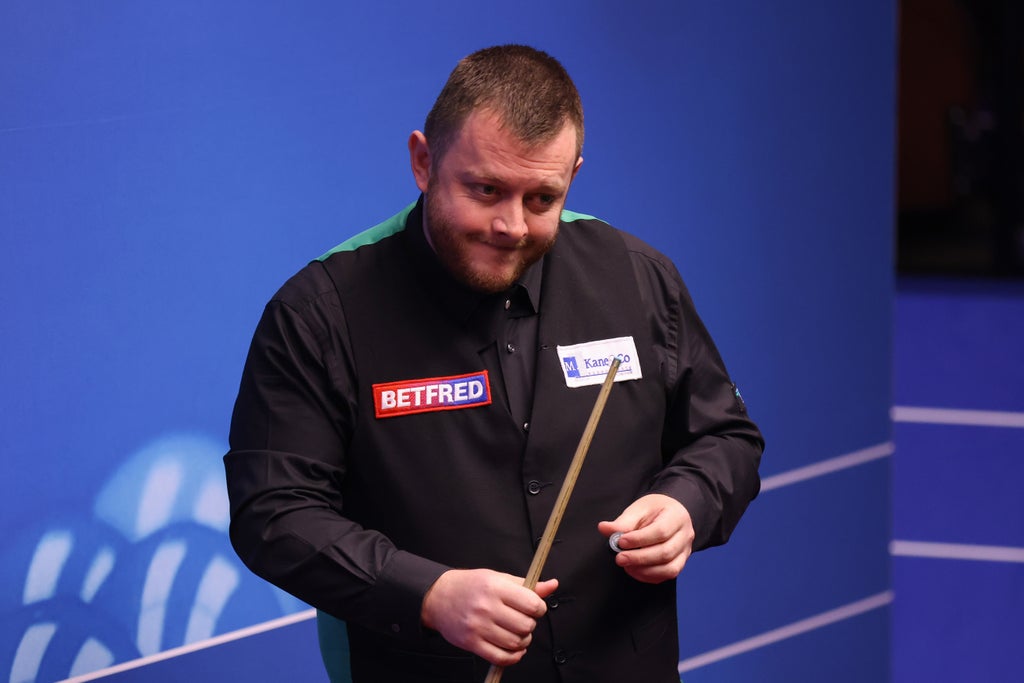 Allen, in his hometown tournament, came from behind to win the final three frames to the delight of the home crowd.

Allen’s best previous performance in Belfast was the quarter-finals in 2016.

But after knocking in a 147 in the first round and then coming back from 3-0 down to stun three-time defending champion Judd Trump in the quarter-finals, the 35-year-old capped off a memorable week to win the Alex Higgins Trophy and the £70,000 first prize.

“I don’t usually get past round one here so it is a real bonus,” said Allen.

“I have tried to play it down all week, but I know what this means to me, and I know what it means to the people here, so to win this trophy is a special moment that I will never forget.”

The two players went into the interval 4-4 before Allen claimed the opening frame of the evening session with a break of 70.

Higgins drew level again, with Allen then making 85 to move one clear.

However, Higgins took the next three frames – including a century break in the 14th – to take the four-time world champion to within one frame of glory.

But Allen dug deep to carve out the next two frames before holding his nerve in the decider.

“I cannot actually believe it because from 6-5 up I didn’t see a ball until I was 8-6 down.

“I was just hoping for a chance in the last frame and I managed to take two chances to get it done.

“I wanted to play one of the all-time greats in Belfast and John is right up there and he is one of the nicest guys you are ever likely to meet. To beat John here is a dream come true for me.”