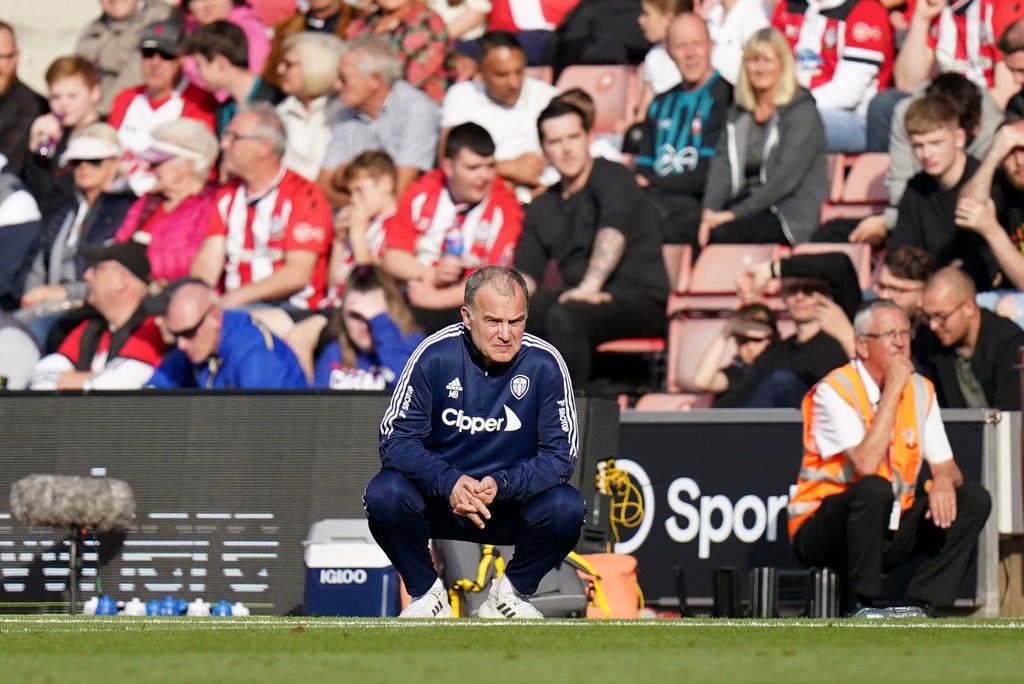 Marcelo Bielsa’s depleted side failed to register an attempt on goal in a lacklustre outing at St Mary’s as a maiden Premier League goal from Saints striker Armando Broja proved decisive.

The visitors were without England midfielder Kalvin Phillips and Brazil winger Raphinha on the south coast due to injury and international commitments respectively.

Defender Cooper was reluctant to pin the uninspiring loss on the absence of the influential duo and says his side will respond at home to Wolves next week.

“You go one behind in this league and it’s always hard to come back,” the 30-year-old told LUTV.

“We stuck at it, I suppose that’s the only positive we can take, really,

“You can’t go giving first-half performances away like that and we’ve got to learn from it.

“Obviously we’re missing a couple of players but that’s just how it is, that’s how it goes. You take two of the dominant players out of any team in the league, they feel it.

“The lads train every single day together and whoever comes in is expected to reach those standards and we had belief in everybody.

“We’ll analyse where we’ve gone wrong and what we’ve got to do to put it right.

“If there’s any team in the league who’s going to analyse it and put it right, it’s us.”

Victory for Southampton ended a nine-match winless run in the top-flight dating back to last term and moved them a point above their opponents.

Saints boss Ralph Hasenhuttl was pleased with a maiden win of the campaign at the eighth attempt but says it does little to alleviate pressure on his position or his team.

The south-coast club face three of the sides currently below them in the table in the coming weeks, beginning at home to Burnley next weekend.

“Not a lot of pressure has really been lifted because we have always pressure,” said Hasenhuttl.

“As a Premier League manager, you have one day where you have no pressure – that’s the first day after the season. The rest of the time everybody is hunting for their targets, hunting for wins.

“We had much better performances in the first seven games than results. Now we have a first win.

“We have been close to wins a few times where we have played quite well. This time it worked and we are happy to take it.”