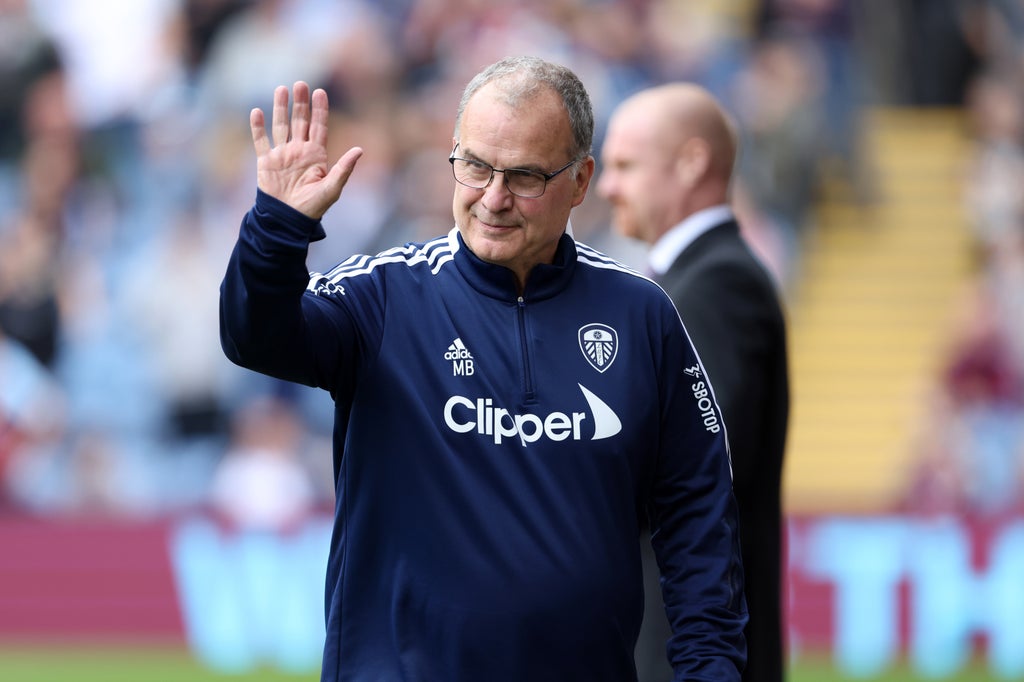 Like Leeds, the Foxes spent time in League One following relegation from the Premier League and both clubs have managed to work their way back up to the top flight.

Leeds last played in Europe during the 2002-03 season. Bielsa brought an end to their 16-year absence from the Premier League in 2020 and guided them to a ninth-placed finish last season.

Leicester, champions of England in 2016, are now considered an established top-flight club and continue to thrive, having lifted the FA Cup last season.

Their achievements have not been lost on Bielsa, whose team host the Foxes on Sunday.

Asked about Radrizzani’s recent comments on hoping that Leeds will be playing European football in the next “two or three years”, he said: “Having looked at Leicester’s activity in the last decade I can’t pick a better example of how it needs to be done.

“I do believe the president is an ambitious person and normally his objectives he achieves them, and he generates a process to be able to get to them.

“As a result it would be convenient that whatever he says, he backs it up. Of course I never talk about the future because the president is in charge of my time.

“It is normal that the first authority of the club imagines the future because the construction of the future is not like the management of the day to day.”

“To be able to do what he does today you have to be very capable and when I was his age there was just three of us surrounding the team. Now, as well as the players, you have to manage 25 other players to be able to take a team forward.”

Leeds are assessing Jamie Shackleton and Junior Firpo ahead of Sunday’s game. Shackleton was forced off with a knock at Norwich, while Firpo has been out for more than a month after sustaining a muscle injury during the October international break.