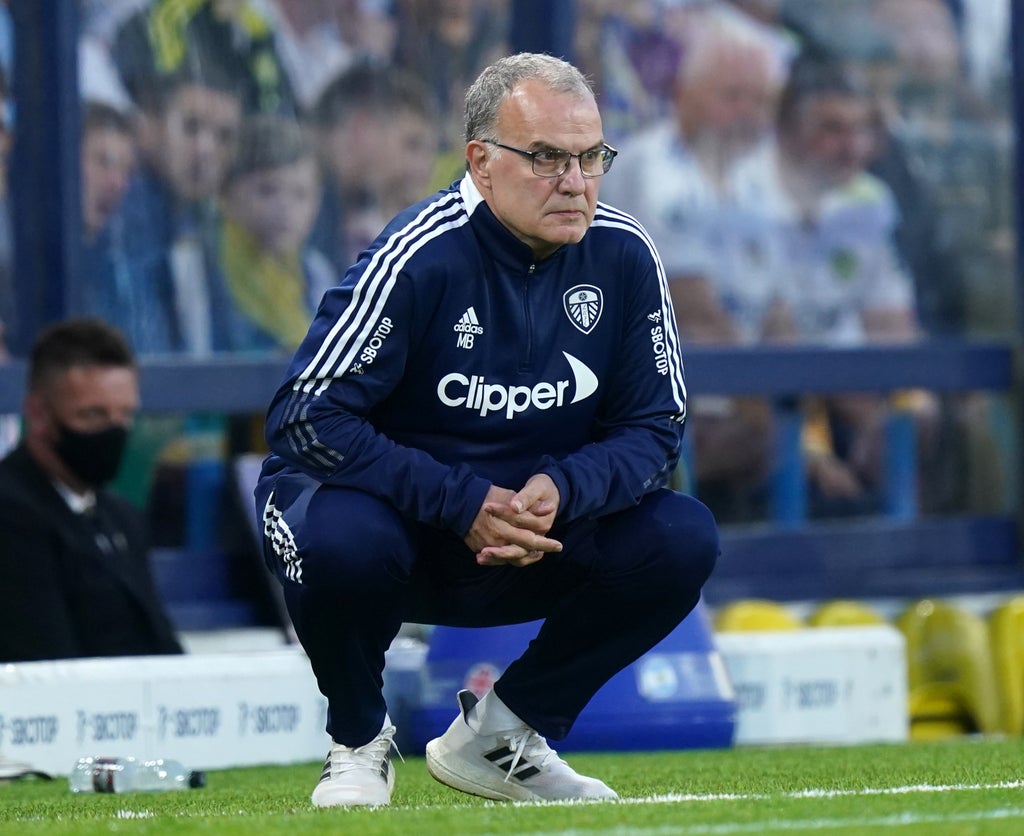 Marcelo Bielsa insists confidence remains high as Leeds bid for their first Premier League win of the season on Saturday against Watford.

The Whites will kick off at Elland Road in the relegation zone – and without injured striker Patrick Bamford – after taking three points from their opening six matches.

Defeats to Manchester United, Liverpool and latterly West Ham have prompted anxious debate among some Leeds fans on social media, but Bielsa assured them self-belief in his camp has been unaffected.

“The players haven’t lost confidence so there’s no need to give something that’s conserved, that’s already there,” he said.

“What we do in every case is to perceive the errors and to try and correct them.

“I sleep normally and I’ve always had the hope that we’re able to win our games.”

Leeds produced some of their best football of the season in the first half and the head coach believes several performances so far have gone unrewarded.

He acknowledged victory against Watford before next week’s international break could be psychologically significant.

“It’s always important to win, especially when you’ve gone six games without winning and if you occupy one of the last three positions in the table, even more so,” Bielsa said.

“The other reference is the performances, that go in the opposite direction to these negative aspects, and it’s [about] the support [to the players] to come back from this situation.”

Bamford has not recovered from the ankle injury which forced him to miss out against the Hammers and Rodrigo is expected to start again as the central striker.

There have been growing calls for Joe Gelhardt to be handed his first Premier League appearance after the former Wigan prodigy’s six goals in as many games for the Under-23s this season.

But Bielsa suggested Gelhardt still had some climbing to do in the pecking order.

“When Gelhardt is better than Bamford, Rodrigo and Tyler [Roberts], that will be a triumph for the work what we’ve done,” Bielsa added.

Raphinha is available despite aggravating a slight hip problem against West Ham and Spain defender Diego Llorente is back in contention after recovering from a muscle strain.

Bielsa confirmed right-back Luke Ayling will be out until after the international break as his knee injury requires minor surgery and both Adam Forshaw (muscle strain) and Robin Koch (pelvis) were still out.