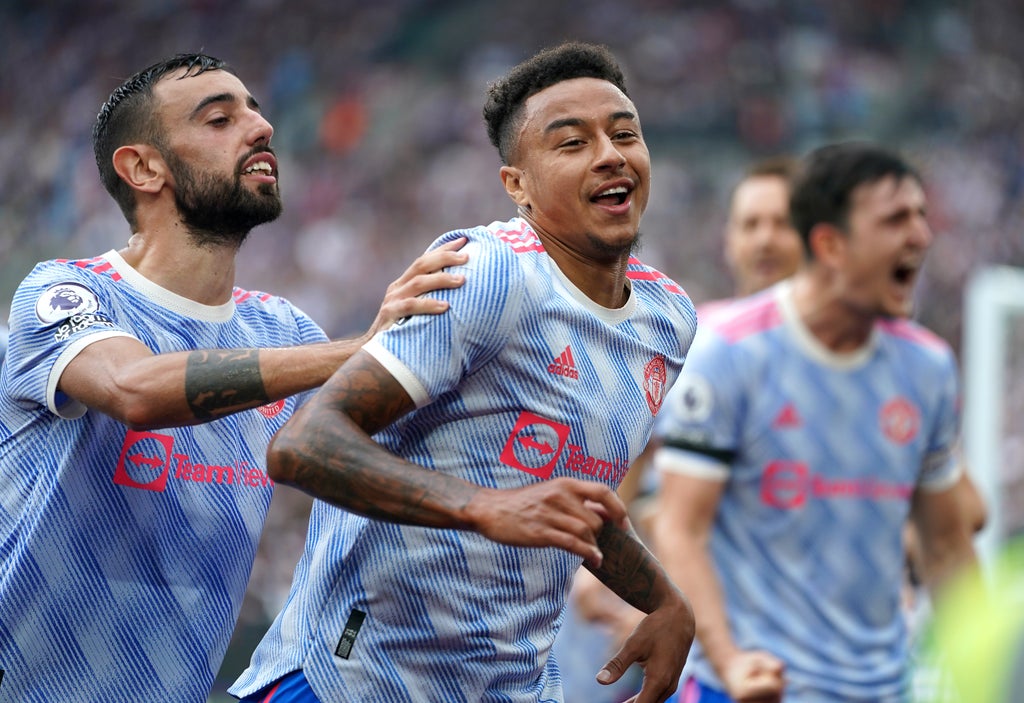 In a candid interview with The Players Tribune, the Manchester United midfielder has revealed how injury and loss of form left him questioning his future in the game.

The 28-year-old, now back in favour with both Manchester United and England has saluted others, including West Ham boss David Moyes, for the roles they played in his return to the top.

Lingard said his troubles began when he sustained a groin injury soon after starring for England at the 2018 World Cup.

“From that point, I couldn’t get back to where I had been. I was struggling mentally as well as physically,” he said.

“My family kept coming to games, but they couldn’t even watch me. They were like, ‘This ain’t you. This ain’t your aura.’ Games were passing me by like I wasn’t there. Like a ghost.

“I love football. Love it to death. But there were times when I thought, ‘I just can’t do this anymore’.”

Lingard said his brother Lou came to the fore during lockdown and convinced him a loan spell away from Old Trafford could be the answer.

“In that period of my life, he really stepped up. Lou never wrote me off,” he said

“This is a story about me, but really it’s about my brother Lou. Without him, I wouldn’t be where I am today. No chance.”

Lingard finally opened up to United boss Solskjaer about his personal troubles.

“This was halfway through last season. Ole wanted me to stay at United and help the team last January, but for my own sake he understood that I needed to go. I needed to play regular football again. I needed a new environment.

“I finally found the courage to talk to Ole and the guys at United about everything I was going through. It wasn’t an easy thing to do, but Ole’s not just a manager, he’s a friend. I’ve known him for ages. He gave me my debut for the reserves way back. He’d always tell me, ‘Anything you need, just knock on my door’.

“When I did finally talk to him about everything that was going on, his response was, ‘I wish you’d come to me sooner’.”

Lingard also cites his loan spell at West Ham as a big part of his recovery after his new team-mates insisted he did not retreat to his phone or listen to music when he was in and around the squad.

“It was like that everywhere at West Ham, proper conversations about everything, ” he said. “No phones, no social media. No more mm-hmm.

“If we were having dinner at a hotel, we’d stay down there for ages just talking. It helped us bond as a team, and personally, it helped me a lot.”

Lingard was nominated for Premier League player of the month for February and March and finally won the award in April.

“I rang Lou straight away. It didn’t sink in until I told my family and I heard how emotional they were. Then I was like, wow, this is big,” he said.

“After that Bruno Fernandes referred to me as the ‘best player in the Premier League’ in an interview with United … me! Can you believe that? That’s coming from Bruno!

“I’ve got a lot of love for Bruno. He was dropping me messages of support throughout my loan. To get that recognition from someone at his level was just amazing.

“When I came back to United, I felt like a different person. I’m more mature, more confident. I’m taking more responsibility.

“To be fair, I’ve got to credit Moyes and the West Ham lads for that. Cheers for everything boys.”