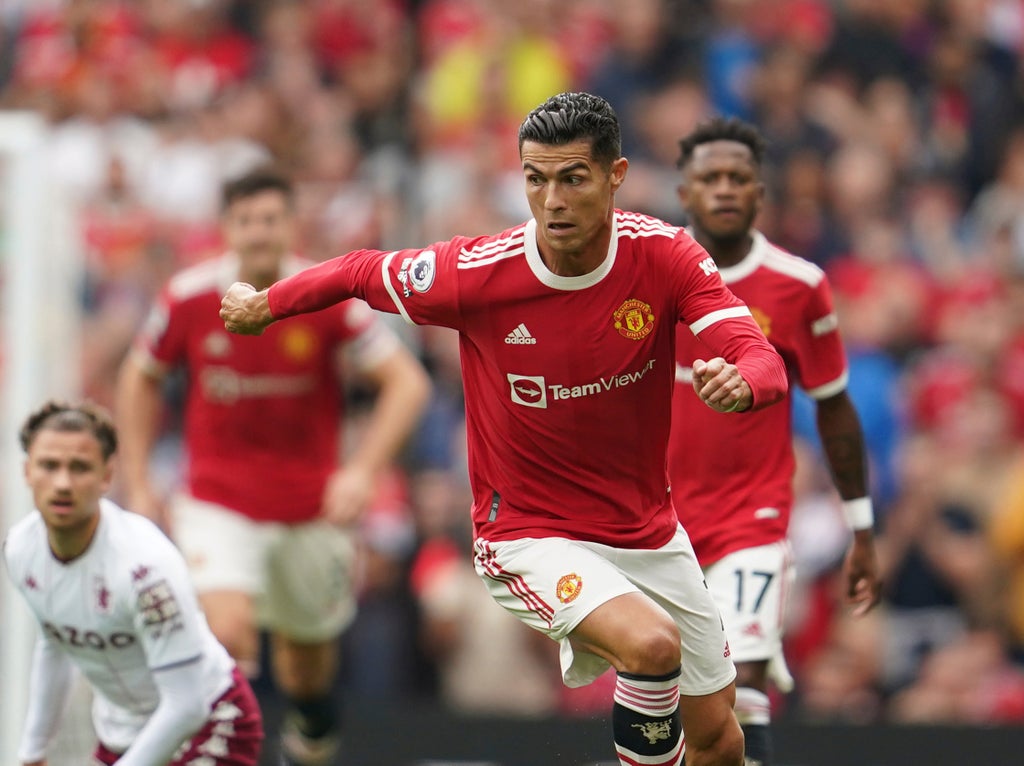 Manchester United will hope Cristiano Ronaldo will continue his scoring form for the club in their Champions League match against Villarreal on Wednesday.

The star has scored four goals since returning to United, only not finding the back of the net in their Premier League defeat to Aston Villa on Saturday.

After the loss, Ronaldo took to Instagram to send a message to his teammates.

He said: “This is only the beginning, but in a competition as strong as the Premier League, every point counts! We must react immediately, get back on our feet and show our true strength.”

But who will star alongside him and who might win? Here’s all you need to know about the match.

The match will kick off at 8pm on Wednesday, 29 September at Old Trafford.

The fixture will be available to watch on BT Sport 3 with coverage starting at 7.15pm. Subscribers will also be able to stream the game on the app and website.

For United, Marcus Rashford and Amad Diallo remain out through injury. Harry Maguire is out while Luke Shaw took a knock in their defeat to Aston Villa. Aaron Wan-Bissaka is suspended.

For Villarreal, Gerard Moreno remains injured and Dani Raba, Samuel Chukwueze and Juan Foyth are in doubt for the fixture. Francis Coquelin will also not feature as he is suspended.

Solskjaer won’t make the same mistake twice against Villarreal and United will be dogged after losing their opener to Young Boys. The Spanish side will present a challenge but United will come out on top. United 1-0 Villarreal.