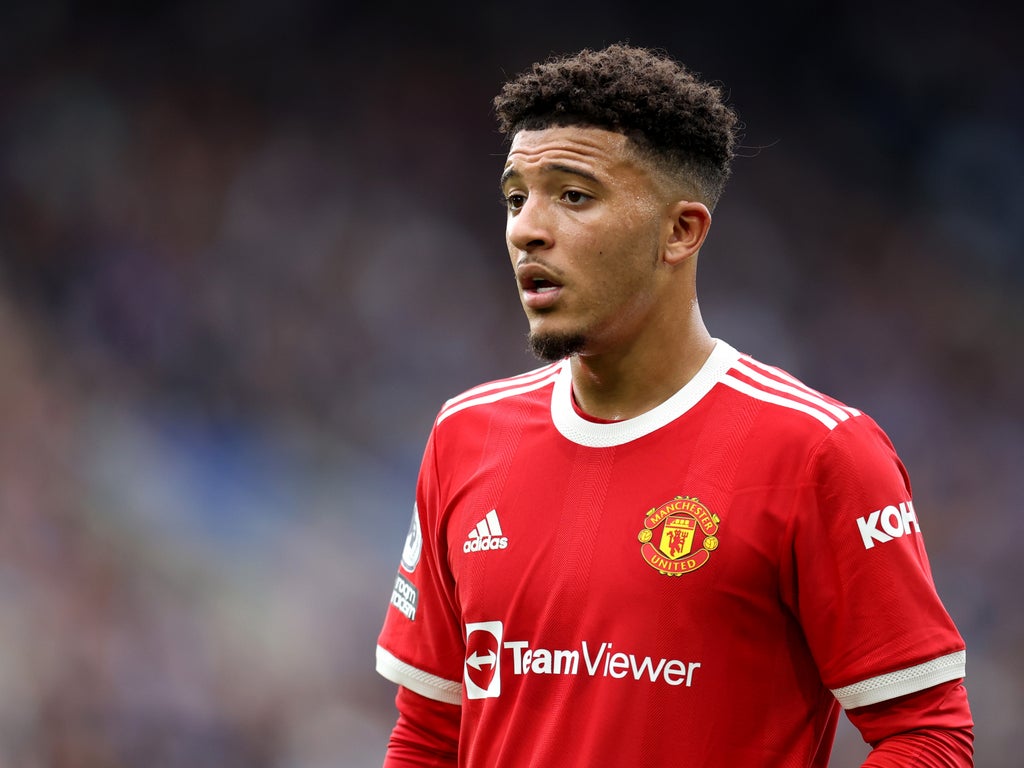 Jadon Sancho’s development into one of the most exciting young players in Europe was a difficult topic of conversation for a while at Manchester City.

In a way, it shouldn’t have been. The 18-year-old’s effortless adaptation to the Bundesliga, only a year after his £8million move to Borussia Dortmund, was a vindication of City’s youth scouting, coaching and development methods that are considered by many within the game to be among the best in class.

The £8million fee for Sancho was said to be the largest ever for a player who had, at that stage, not played a single minute of senior football and that was what he wanted, after all: minutes, opportunities.

City were unable to offer that at the time and, as a result, he was reluctant to sign a new contract.

Given that and all the uncertainties surrounding player development, even with the benefit of hindsight, City’s deal was good business, only made better by the £9.7m sell-on fee received earlier this year.

There was an inescapable perception on the outside, though, that his departure proved even the most precocious young players would struggle to break through into Pep Guardiola’s first team squad. That Sancho’s unorthodox pathway quickly became viewed as a model for other young English players was a little awkward, too.

There is not the same awkwardness over Sancho’s departure now, which is remarkable when considering that he is back in Manchester again, playing on the other side of the city.

In the years since his exit, Phil Foden has not only proved beyond all reasonable doubt that City’s academy can produce elite-level talents, but also that their career and development will be managed inch-perfectly.

Some working in City’s youth set-up used to joke privately that if Foden could not make it, no-one could. Yet he did and others – like Cole Palmer, now an established in Guardiola’s first-team squad, and the highly-rated James McAtee – are now hoping to follow.

It is ironic, then, that just as the pathway at City appears to be opening up, and just as Sancho prepares to potentially play against his former club for the first time, he is suddenly lacking those regular minutes and opportunities again.

The fourth most-expensive signing in Manchester United’s history has started six of their 15 games this season, only playing a full 90 minutes in the EFL Cup defeat to West Ham as part of a second string line-up.

Though United’s pursuit of him took nearly two-and-a-half years to succeed and he would appear to be a natural fit in a line-up long missing a right winger, the majority of Sancho’s minutes have come on the left-hand side, where a fit-again Marcus Rashford and Paul Pogba – suspended this weekend – provide formidable competition.

Sancho’s single start in a right wing role came against Young Boys and lasted just 36 minutes, with him sacrificed and substituted in order to allow a change of shape following Aaron Wan-Bissaka’s sending off.

Since then, Solskjaer has changed the system, introducing a 3-4-1-2 shape that has left his marquee £73m summer signing without a clear role. Even if it is adapted to become a 3-4-3, as it appeared to be before Raphael Varane’s injury away to Atalanta on Tuesday night, Sancho faces stiff competition for one of the wide attacking roles.

You’d say things hadn’t gone to plan if you could be certain that there was one in the first place.

“I can’t help thinking about [Donny] van de Beek,” was Gary Neville’s assessment earlier this week, referencing another United signing to join for a substantial fee only to struggle for regular minutes. “Sancho, if he’s not careful, is going to end up exactly the same.”

“Sancho has played in some pretty appalling team performances. He’s come into a club that’s looked completely disjointed in terms of their football. He played in a far better team unit at Dortmund. He’s come in here thinking: ‘What the hell am I in here, what is this?’”

Those comments were put to Solskjaer in his Friday press conference to preview the 186th Manchester derby. Like with Van de Beek this time last year, he preached patience.

“Jadon will play a lot of games,” Solskjaer insisted. “He will get better and better. In the last couple of games he has suffered from the system we have played but that will not be a permanent 3-5-2 team that we are always going to see.

“You will see Jadon a lot, and he will do well for us. He knows what we want from him… We knew what we signed when we signed him and we know he will be one of the top forwards for many many years, the next decade at least.”

Sancho’s ability is, of course, greatly admired and appreciated by many at United. The head of the academy, Nick Cox, knows Sancho and his family from working with him during his formative years at Watford but takes no credit for the player he became.

“Jadon Sancho produced Jadon Sancho,” Cox told The Independent two years ago. “He was a talented kid. In love with the game, played with a smile on his face, had an intrinsic drive to want to be better.

Yet Sancho has not always looked in love with the game for United, while his omission from Gareth Southgate’s England squad for the forthcoming World Cup qualifiers against Albania and San Marino is another blow.

That news was not particularly surprising. The England manager admitted that Sancho had been fortunate to be included in the October squad. A desire to get the Euro 2020 final penalty miss out of his system played a part in Southgate’s thinking.

At the time, Sancho could have few complaints about his playing time having started five of United’s last seven games but was still waiting for his first goal or assist, just as he is now. And despite only being used sparingly since, even Sancho’s greatest advocates would have expected something from in his 522 minutes on the pitch for United.

Southgate had a simple explanation for his player’s struggles. “There’s a definite adaptation to the league, you’re not going to get the goals and assists numbers anywhere near in our league that you are in the Bundesliga.

“There are some very good teams, it’s a good league for young players to develop in because there’s some teams that aren’t at that level. Our league every game is intense and tough and he’s probably just starting to realise that.”

A study by the analyst Tony ElHabr calculated that your average player joining a Premier League club from the Bundesliga would contribute 17 per cent less to their new side’s goal difference – a bigger drop-off than La Liga, Ligue 1 and Serie A, bigger than even Brazil and Portugal’s top-flight’s and about as much as a player stepping up from the Championship.

Is this the famous ‘Bundesliga tax’, which has seen other arrivals from the German top-flight like Kai Havertz and Timo Werner initially struggle in the Premier League?

Perhaps, though Sancho is not your average player and even a 17 per cent hit on his output in the Bundesliga would leave you with a top Premier League attacking talent.

In his three seasons of regular first-team football at Dortmund, Sancho scored 27 goals and set up another 41 in the Bundesliga alone, averaging one or the other type of contribution every 90 minutes he played. That, frankly, is a stunning rate of production that is among the best in Europe and justifies the considerable hype.

It is up to Sancho to recreate those numbers, though he can only be expected to do so if he is playing regularly in a role, system and style of play that is suited to him.

These are still early days in his Old Trafford career but, for now, it feels like Solskjaer is not ready to have that conversation.