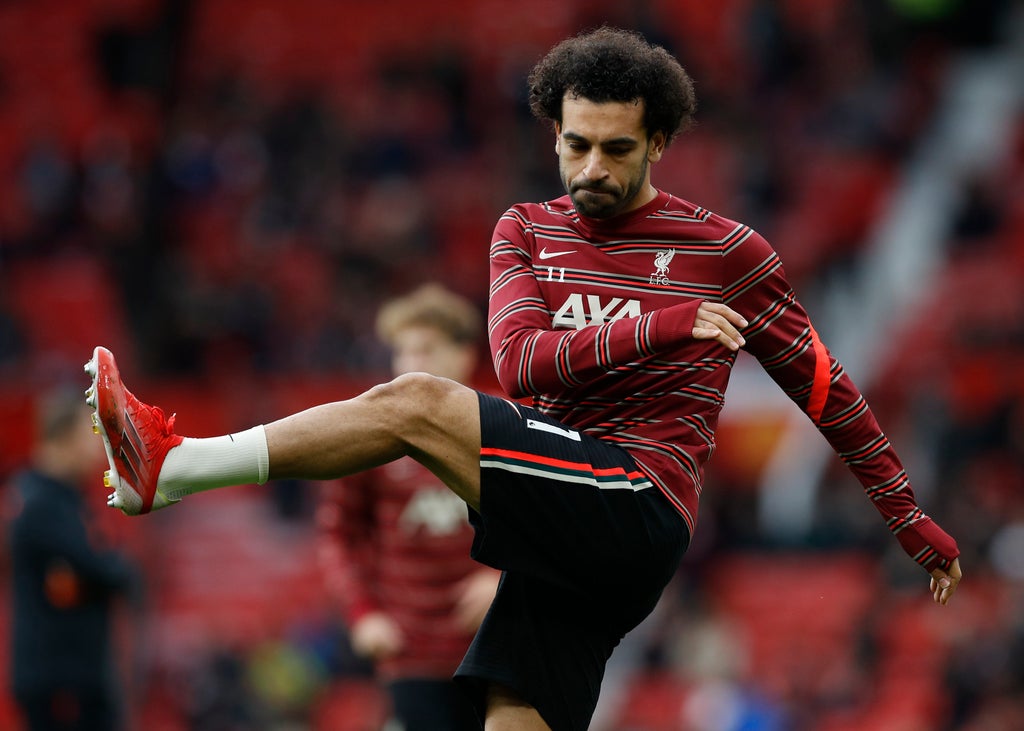 Manchester United and Liverpool go head-to-head at Old Trafford this afternoon in the latest chapter from arguably the biggest rivalry in the English game – if not world football.

Liverpool enter the fixture in third place in the Premier League, knowing a win here would bring them to within a point of leaders Chelsea. Last time out, Jurgen Klopp’s side edged Atletico Madrid 3-2 in an exciting Champions League group-stage meeting, in which Mohamed Salah was the star yet again. The forward netted a stunning solo goal against Man City earlier this month before repeating the trick in last weekend’s 5-0 thrashing of Watford, following those strikes with a brace against Atletico.

United, meanwhile, were also 3-2 winners in the Champions League in their most recent outing – a late Cristiano Ronaldo header sealing a stunning comeback win against visitors Atalanta. Prior to that game, criticism of Ole Gunnar Solskjaer began to mount following a 4-2 loss at Leicester in the Premier League, a result that extended the Red Devils’ winless run in the division to three matches. Will seventh-placed United end that streak here? Can Solskjaer prove his quality against a rampant Liverpool and revered Klopp? Find out by following live updates from Man United vs Liverpool below, live.

Mohamed Salah is already comfortable in the company of Liverpool legends

Anyone who doubts Mohamed Salah’s greatness is delusional. The Liverpool striker is not just one of the finest players in the world. He is up there with the very best in the club’s history. That puts the 29-year-old in a very elite group.

There have been so many wonderful stars in the Anfield galaxy that it takes a special individual to be worthy of comparison. In living history Kenny Dalglish tops the pile, with John Barnes and Steven Gerrard able to make a case that they are the most illustrious. Graeme Souness is in the mix but the midfielder’s role was so different to Salah’s that it would be foolish to contrast the two. One thing is clear: the Egyptian has crashed the top five.

Manchester United have conceded in each of their last 12 league and cup home matches, their longest run without an Old Trafford clean sheet since a 13-game sequence ending in February 1964.

Manchester United have won just one of the last 10 Premier League meetings, though six of those games have been drawn.

Liverpool won 4-2 at Old Trafford in May and are vying to claim back-to-back league victories away to United for the first time since 2002.

Cristiano Ronaldo believes Manchester United are in a period of adaptation since his shock summer return to Old Trafford, but says that he is ready to “sacrifice” to help the team achieve its goals.

The 36-year-old has scored six goals in eight appearances after re-joining the club he left in 2009 from Juventus in August, including late Champions League winners against both Villarreal and Atalanta to ensure the Red Devils stand top of their group with three matches played.

Reaction to come from West Ham’s victory over Tottenham at the London Stadium but the focus switches to Old Trafford where Manchester United take on Liverpool.

Ole Gunnar Solskjaer names an unchanged side to the one that came from behind to beat Atalanta 3-2 on Wednesday night meaning Marcus Rashford and Bruno Fernandes are fit to play.

All 52 of Michail Antonio’s Premier League goals have been scored from inside the penalty area. Only Tim Cahill (56) and Chicharito (53) have scored more goals in the competition with 100% of them coming from inside the box.

90+3 mins: West Ham get the victory! Michail Antonio’s goal is the difference between the teams in a well-fought battle at the London Stadium.

The Hammers move above Tottenham, Brighton and Manchester United to take a spot in the top four.

90 mins: The changes are made. Moura for Bergwijn, Bowen for Dawson. There’s three minutes of added time to play. Cresswell boots a free kick into the Tottenham and Antonio is beaten to the ball by Romero.

87 mins: Michail Antonio takes the ball to the corner and is tries to hold it up under pressure from Gil and Skipp. The ball comes out loose and Lanzini knocks it out for a throw in deep in Tottenham’s half.

Steven Bergwijn and Craig Dawson are ready to come on for Tottenham and West Ham respectively.

84 mins: Substitutions for both teams as Tottenham bring on Giovani Lo Celso and Bryan Gil who replace Tanguy Ndombele and Sergio Reguilon.

Said Benrahma is replaced with Manuel Lanzini for West Ham.

Son swings a corner into the box for Tottenham but Fornals clears the danger.