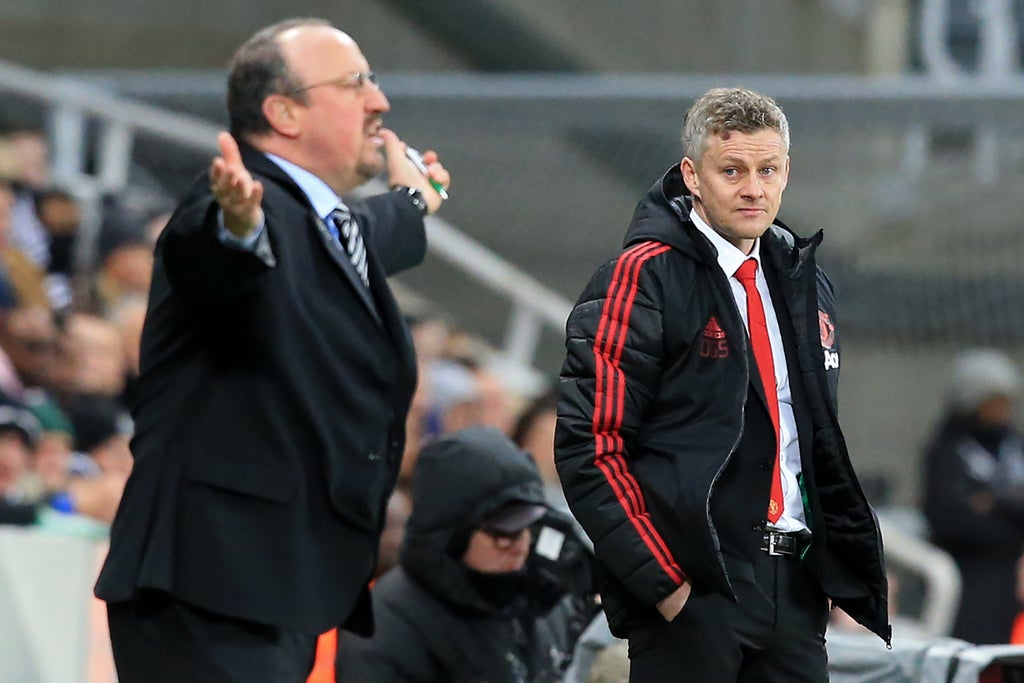 Manchester United will look to the confidence boost provided by a late win over Villarreal in midweek to fuel them as they host Everton at Old Trafford.

A victory for either club would see them top the Premier League at least temporarily, but Manchester United were twice beaten recently at home by West Ham and Aston Villa.

Cristiano Ronaldo’s goal-scoring form continues to encourage Ole Gunnar Solskjaer, but the Norwegian will be without the injured Harry Maguire, while opposite number Rafa Benitez is dealing with injury issues of his own.

The two sides met in pre-season, in what was each team’s final 90 minutes of match preparation for the campaign. On that occasion, United proved irresistible on their way to a 4-0 win.

Here’s everything you need to know before the Premier League fixture.

The match will kick off at 12.30pm BST on Saturday 3 October at Old Trafford.

The fixture will be available to watch on BT Sport 1, with coverage beginning at 11.30am BST.

BT Sport subscribers can stream the game on the broadcaster’s website and app.

The fitness of two defenders may necessitate two alterations for Ole Gunnar Solskjaer. Maguire has been ruled out for several weeks after suffering a calf injury, while Luke Shaw missed their midweek action after going off against Aston Villa.

Shaw may be fit to retake his place at left-back, with Victor Lindelof likely to again partner Raphael Varane in the heart of the defence. Marcus Rashford is expected to return from his injury lay-off after the international break.

Everton are likely to continue to be without both Seamus Coleman and Dominic Calvert-Lewin, though the pair returned to individual training this week. Richarlison remains absent, while Andre Gomes also did not train after missing last weekend’s win over Norwich.

Midfielder Jean-Philippe Gbamin has had a torrid time with injury since his arrival on Merseyside in 2019 but is moving closer to a return.

Manchester United will be desperate to avoid another disappointing performance at home, but Benitez’s Everton appear to be settling well. However, short of a few key individuals, they may just lose out in a tight encounter. Manchester United 2-1 Everton.