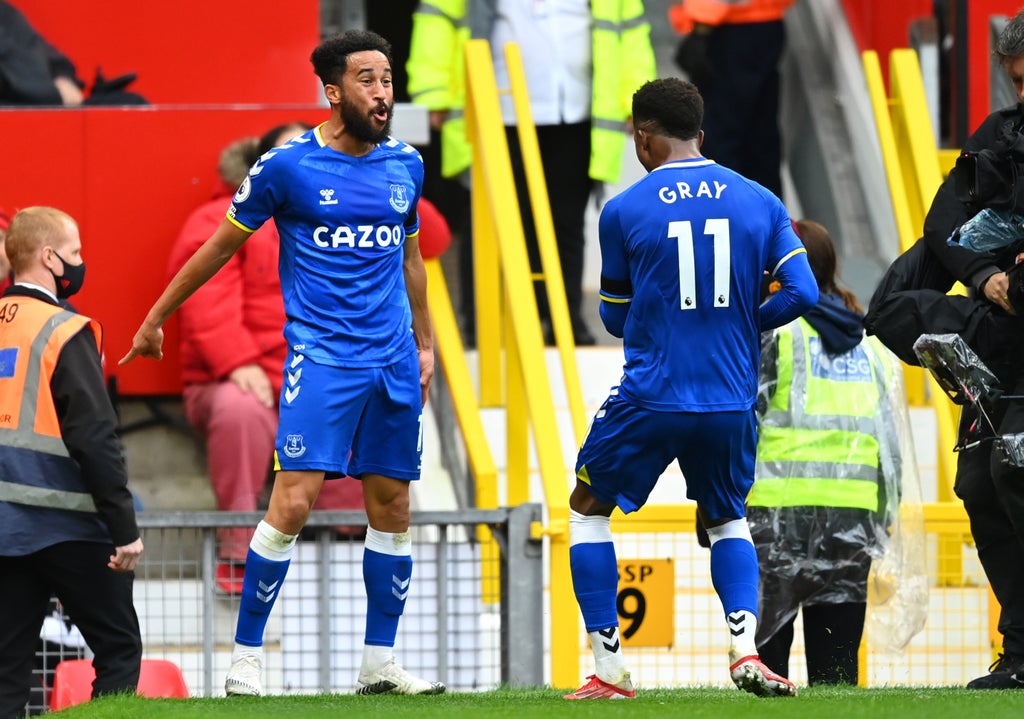 Andros Townsend has explained he was only showing respect towards Cristiano Ronaldo after mimicking the Manchester United forward’s trademark celebration following his equaliser for Everton at Old Trafford.

The 30-year-old ensured the Toffees secured a 1-1 draw despite trailing through Anthony Martial powerful strike.

And after finishing a delightful counter-attack, Townsend sprinted to the corner of Old Trafford where the Evertonians were gathered before leaping into the air in an attempt to execute Ronaldo’s famous celebration.

But the winger was quick to explain he did not mean to disrespect the Portuguese superstar.

“Yes, and no,” Townsend told BT Sport when asked if a point was a good result for Rafa Benitez’s side. “Going into the game with the injuries, we’d have probably accepted a point.

“But we created chances, we’re delighted, but on another day it could’ve been three.

“No disrespect. This guy’s my idol. I spent hours trying to execute his techniques, I maybe should’ve spent longer on the celebration. It’s a bit of respect towards Cristiano.”

While Bruno Fernandes admitted United’s form is “not good enough”

“We should win this game,” the Portuguese told BBC Sport. “We should create more chances. We should not concede that kind of goal. It’s not the first time and we have to look at our mistakes and see what we can do.

“We don’t look at the league table at this moment but of course we should have more points. We drop points at home and we should not do that. These last two games at home was not good enough in the Premier League. If we want silverware at the end of the season we have to do much better.”