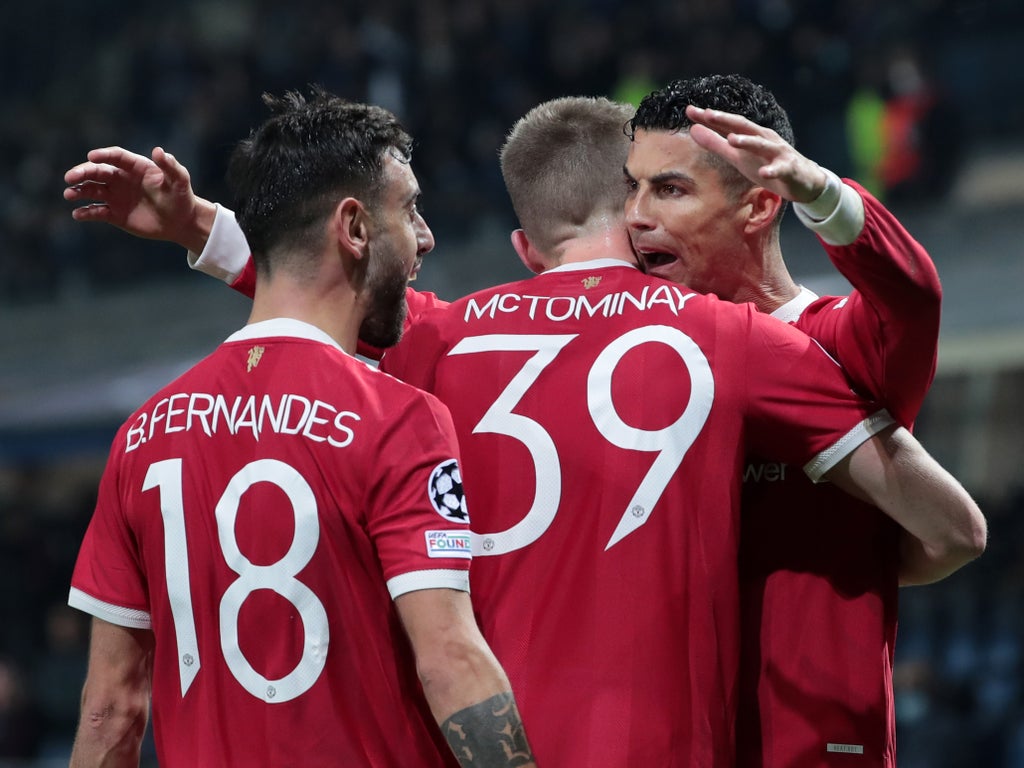 Honestly, this is getting rather exhausting now, writing on-the-whistle match reports on Cristiano Ronaldo-inspired late comeback after Cristiano Ronaldo-inspired late comeback. “Can’t you just copy and paste last week’s?,” you might ask. If only it were that simple. Unfortunately, Manchester United are finding sillier, stupider but always slightly different ways to win or lose and start the cycle all over again.

Still, this all feels familiar enough by now to build a framework; an outline of Ole-ball and its key dramatic principles, to help ease the writing process a little. It’s a bit like an episode of Scooby Doo. You might not know who the villain is but you know you’ll have already encountered him along the way, just like you know there will be a chase sequence against an infinite loop background and a bit where Scooby and Shaggy eat those really big sandwiches.

Let’s start at the very beginning, an hour or so before kick-off, with the team news. There’s usually a couple of changes. Check who’s playing in midfield. It’s probably ‘McFred’, a selection which you can guarantee Ole Gunnar Solskjaer is already being battered for on social media. It might not be ‘McFred’ though, at which point you already know that we’re going to be in for a long night.

If United are coming into the game off the back of a recent heavy defeat, there may be a new system to pore over. It has been three-at-the-back of late, it has been a midfield diamond in the past. It may have already been tested out a couple times, with faintly promising results. You might even have naively hailed this a fresh start or the break of a new dawn for Solskjaer, the sweet summer child that you are. They may even start quite well.

It’s around this point when United go behind. You can see the goal now. A press that is either disorganised or non-existent. A defence that has been dragged out of position. There will be someone at fault. Recently, it’s been Harry Maguire’s turn. It’s been Victor Lindelof in the past, Paul Pogba on occasion, Fred semi-regularly. That’s one thing you can say for this United side: they share the blame around. But when you have pointed the finger at so many individuals, it’s hard not to conclude that the issue must be collective.

At this stage, you can throw in one of the several statistics doing the rounds which could just as easily apply to an ambitious newly-promoted side that has played better than many expected but is stubbornly, fatally wedded to a style of play that’s beyond them. United have gone behind in more than half their games this season, don’t you know. That one is actually true by the way.

Things normally get worse before they get better, though not every goal conceded is pure slapstick. When United have bad spells during games, they can be bad in a fabulously mundane way. Let’s say the second comes off a set-piece, as plenty have done under Solskjaer over the past year. Two down, you can start to dig into the big ticket issues around the deeper malaise: the stale, nothing possession; the over-reliance on Bruno Fernandes to create; the problem of Ronaldo not pressing. You can really play the hits.

But then, out of nothing, they’ll be back in it. It might be a bit like the first in Bergamo on Tuesday night, a thrilling, instinctive bit of passing and moving between Ronaldo, Fernandes and Mason Greenwood, which pulled Atalanta’s man-marking system apart, the delicate Fernandes backheel setting up the crowning moment of Ronaldo’s finish. It was a wonderful goal, the type United seemed incapable of producing based on their performance up to that point.

These are the individual moments of brilliance that many say Solskjaer’s team is based on. You can see why some at United feel that is unfair. Where does the individual brilliance stop and the hours of coaching on the training ground start? How can anyone on the outside tell that from, at best, second-hand information? There’s a giveaway, though. Look for repetitions, look for patterns and they aren’t there. The specific combination and movements of these brilliant, flowing moves are seen once a game at most.

But it’s an exaggeration to say every goal is born out of pure genius, in any case. United’s next may come through a sheer force of will, through the character that this group of players has shown to their credit in coming from behind so many times before. It may be a well-executed counter attack. It may be a Greenwood finish from an apparently impossible angle. You are reminded, in those moments, that this is still a team that usually wins more matches than it loses.

There might then be a little lull, as United pass through the eye of this storming comeback. Ronaldo starts to look frustrated. Fernandes starts popping up at right-back, playing defence-splitting passes into the space he is supposed to fill. Donny van de Beek’s warmed up only to sit back down again. Everything’s starting to look a little lost. Except you know, with this team, it is not.

Then it comes, usually in stoppage time, either by an impossibly clean strike from the edge of the box, a towering header on a hopeful cross, or maybe through a simple tap-in. Whichever way it comes, it is Ronaldo and you should have known it was inevitable. Don’t worry, though. That’s why we devised this template. Add your introduction and your pay-off, your top and your tail. Congratulations, the framework fits. United turned it around again. The only problem is that, by playing like this, every so often they won’t.