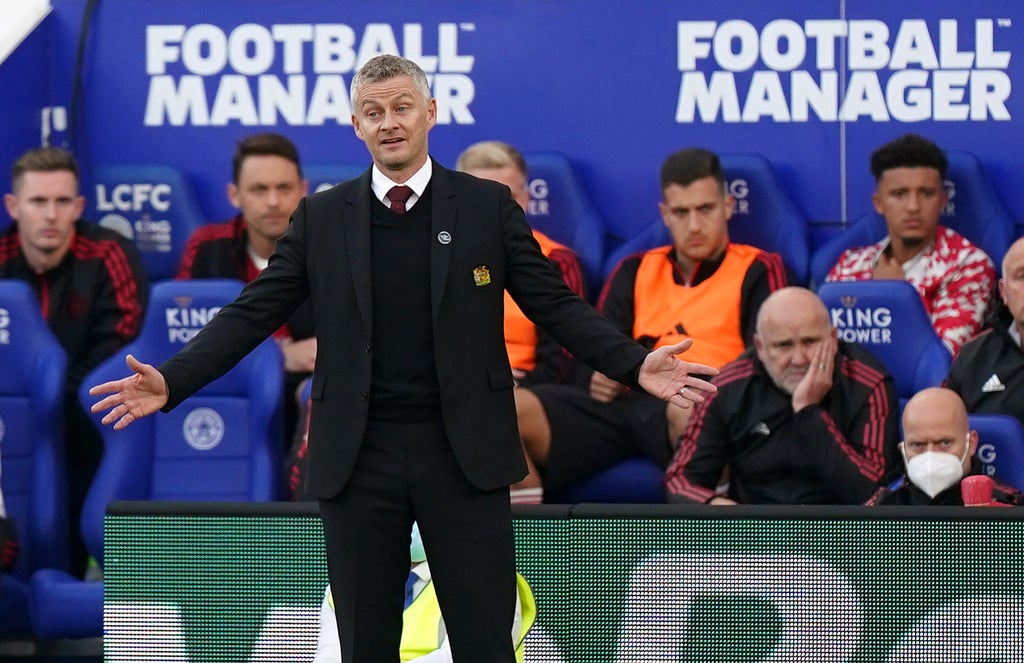 Manchester United’s defeat to Leicester made it one point from their last three games and left them sixth in the Premier League – but is it time to panic?

Having previously lost to Aston Villa and drawn with Everton, United have 14 points from their opening eight games, with a tough run of fixtures coming up.

Ole Gunnar Solskjaer’s United sides have a history of starting the season slowly – this is actually their best points return through the first eight games under his stewardship.

The former Red Devils striker took over, initially as caretaker, mid-season in December 2018, so this is his third season in charge from the outset.

United began 2019-20 with only nine points from eight games, beating Chelsea but lying 12th after defeats to Crystal Palace, West Ham and Newcastle, while last season they had seven from six games but then beat Everton and West Ham to reach 13 and climb to 10th in the table.

On each occasion they have improved dramatically thereafter – they finished third on 66 points in 2019-20 after improving from 1.13 points per game early on to 1.90 the rest of the way, and second last season after taking two points per game from this stage onwards to finish on 74.

That pattern has been typical, though not always as pronounced, in the years since Sir Alex Ferguson’s retirement in 2013, but a glance at the upcoming fixtures raises questions over whether it will repeat this time around.

United’s next six league fixtures see them face Liverpool, Tottenham, Manchester City, Chelsea and Arsenal with only the trip to Watford offering any respite on paper.

Setting the Hornets aside, the other five fixtures – with Liverpool, City and Arsenal coming to Old Trafford and the other two away – have yielded an average of six points each season since Ferguson’s departure.

Over that timeframe as a whole, the Liverpool and Arsenal fixtures have been the most favourable – averaging 1.50 and 1.63 points respectively for United with three wins out of eight in each. They average only one point per visit of City and 0.75 per game at Stamford Bridge, with Spurs a barely more profitable hunting ground with nine points in eight games (1.13 per game).

Since Solskjaer’s appointment, though, the picture has flipped. Liverpool have taken at least a point on every visit to Old Trafford since then, including a 4-2 win last season, but Solskjaer has two wins and a draw in three visits to Spurs.

He oversaw the first home derby win for five seasons and the first at Chelsea in the post-Ferguson era, both in 2019-20, and added draws in last season’s equivalent fixtures – but Arsenal won at Old Trafford last term for the first time since 2006.

If they repeat their past results and also beat Watford, that would take them to 23 points from 14 games, or 24 if measuring on Solskjaer’s slightly improved returns – in line with their average in the post-Ferguson era of 24, though not showing the desired improvement after a summer of ambitious transfer spending.