By Chris Wheeler for MailOnline

Alejandro Garnacho is in line for a new contract at Manchester United as a reward for his breakthrough season.

Garnacho was the hero as United lifted the FA Youth Cup at Old Trafford on Wednesday night, scoring twice in a 3-1 win over Nottingham Forest.

It came hours after the 17-year-old was named United’s young player of the year, following in the footsteps of players like Marcus Rashford, Ryan Giggs and Paul Scholes by picking up the Jimmy Murphy Award. 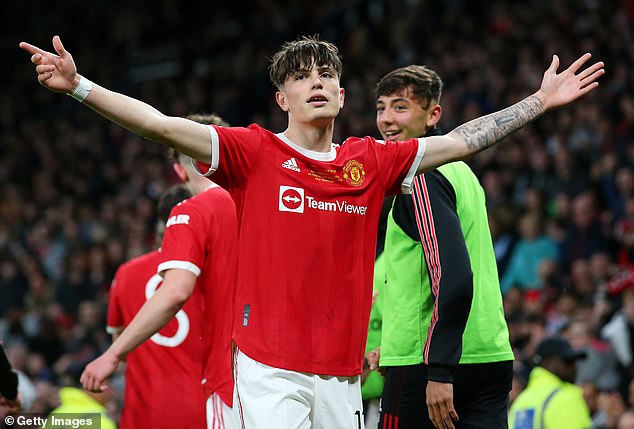 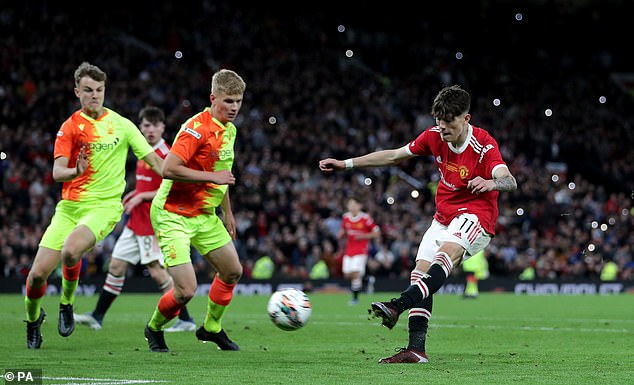 Garnacho was the hero as United lifted the FA Youth Cup at Old Trafford, scoring twice

Garnacho has been named in United’s first-team squad for the last six games and made his senior debut as a late substitute against Chelsea last month.

The Madrid-born winger was also called up by Argentina for the first time in March and trained with Lionel Messi before representing the Under-20 team against the USA.

United are now set to reward Garnacho with improved terms, even though he only signed his first professional contract after turning 17 last July.

Former academy stars Rashford, Mason Greenwood and Anthony Elanga all got new deals within months of making their first-team debuts, and Garnacho is the next in line. 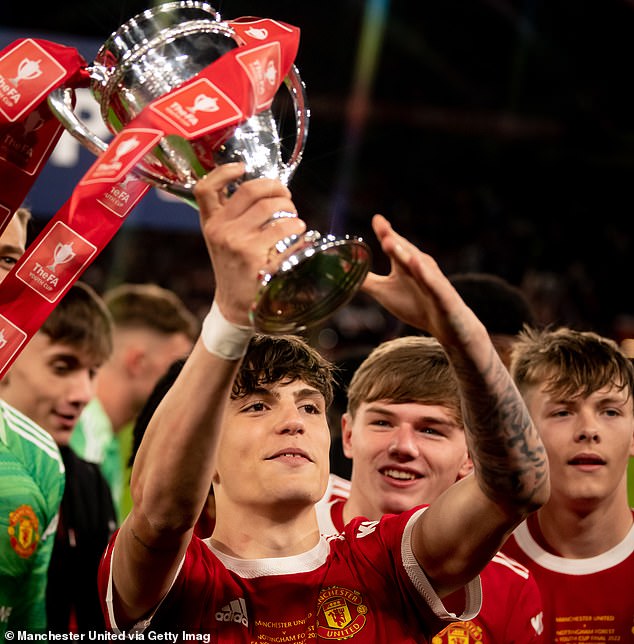 The teenager, who is expected to be part of United’s touring party to Thailand and Australia in July, already has a sponsorship deal with Nike.

Garnacho joined United from Atletico Madrid for £420,000 in 2020, turning down Borussia Dortmund to make the move to Manchester. He has represented Spain at youth level but qualifies for Argentina through his mother.

Garnacho’s double in the FA Youth Cup final took his total in the competition this season to seven goals as United lifted the trophy for the first time in 11 years.

Their success comes on the back of an overhaul of the youth system led by football director John Murtough who has made a number of key appointments including academy head Nick Cox and Under-18s coach Travis Binnion.

It has seen United make up ground on their rivals, notably Manchester City, by competing for the best local and national talent as well as bringing in foreign prospects like Garnacho.