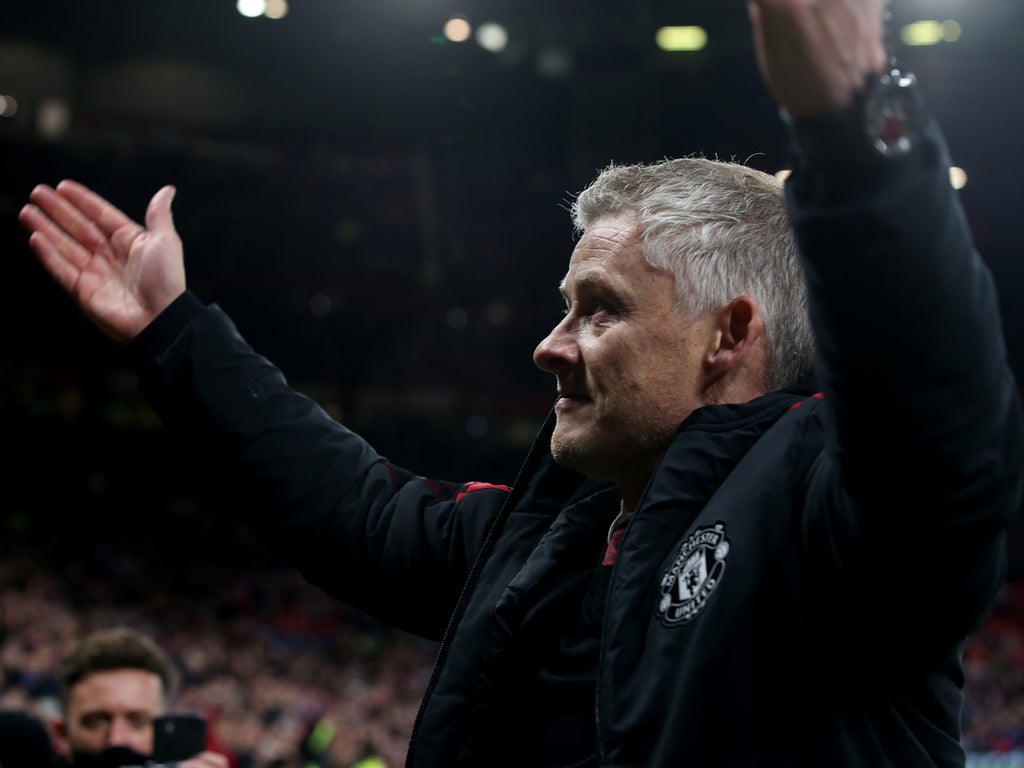 ‘Yes, but is this sustainable?’ we write, for the 1,037th time. It never seems so, and yet here we are again, as we have been for nearly three years now. To describe Cristiano Ronaldo‘s late winner as ‘inevitable’ once United had successfully come from 2-0 down to level against Atalanta to salvage their Champions League group-stage campaign is about as predictable as the goal itself. You’ve read this match report before. You’ve read this script before. United and Solskjaer, somehow, found a way.

It was Ronaldo, again, like against Villarreal. It was a stirring United rally from behind once more, like against Villarreal. Yet for all the similarities to Villarreal, this was nothing like as poor a performance. The murmurings of discontent around Old Trafford while two down were slightly unfair. The defending was poor, yes, but United were creating chances and driving forward. Once all was said and done, it was probably a deserved three points. Yet even that felt somewhat predictable, given the opposition.

Atalanta are, in a way, everything that Solskjaer’s fiercest critics would accuse United of not being: a collective rather than a collection of individuals, with a style of play that is fluid and unpredictable by design rather than by chance, implemented by a coach who over-delivers relative to the resources at his disposal, rather than under-delivers. That is all well and good. There’s a problem with having clearly defined tactical principles, though. You have to stick to them. And in sticking to them, they became exactly the type of side Solskjaer’s United beat.

Atalanta’s free-flowing style relies upon a man-to-man marking system out of possession, similar to the one used by Marcelo Bielsa’s Leeds and practically no one else. It is commendable but it is also vulnerable, particularly when up against a side who have beaten Bielsa’s Leeds by an aggregate score of 11-3 on this ground within the past year. Atalanta survived with it long enough to establish a lead and double it through Josip Ilicic and Merih Demiral. Yet even then, as is Gian Piero Gasperini’s way, they stuck with it.

It was revealed that Gasperini, Atalanta’s players and staff were rudely awoken by six separate fire alarms while staying at The Edwardian Hotel off Deansgate on the morning of this game, the earliest going off at 4.51am. Maybe it was understandable, then, that they repeatedly refused to heed the alarm bells. Those alarm bells were loud, too. Frustration was growing around Old Trafford, particularly towards the end of the first half, but United were creating chances. Even at 2-0 down, you sensed it was a matter of time.

United’s performance was best captured by the individual display of Bruno Fernandes. Nothing was coming off for Solskjaer’s creator in chief initially. Old Trafford has waited a long time to get to know him. The first lockdown came just four home games into his United career and he has played only a handful since. There was some annoyance in the stands at how often he was giving the ball away through ambitious passes that failed to come off. That is Fernandes’ game, though. He takes risks and relies on them coming off.

It is United’s too, in a way, as he is so central to everything Solskjaer’s side is built to do. When he comes deep and looks to spray passes from the right-back position, you know they are struggling to create. Yet it was one such pass that helped turn the tide of his individual performance and United’s with it. A long raking ball over the top at the end of the first half was followed by Marcus Rashford clipping the ball against the top of the bar.

Shortly before that, a reverse pass had set Fred in behind to miss another presentable chance. Once both sides re-emerged, Ronaldo was put through with a one-on-one by Fernandes that, really, he should have scored. Yet you felt the tide turning, the sand shifting beneath Atalanta’s feet. United were about as comfortable as a side on the brink of a fifth defeat in eight games can be, attacking the space that Atalanta left open at will. When Fernandes is firing and they have space to play into, that’s what happens. The problem comes when that’s not the case.

It was the case tonight, though, eventually, and so it was no surprise when Rashford eventually made good on one of Fernandes’ game-changing passes to pull the first back. It was from a Fernandes cross that Harry Maguire equalised, after an intelligent dummy by the under-appreciated Edinson Cavani. The momentum in United’s play never ebbed. Atalanta’s naivety never allowed it to. And so, the ending that any one of us watching could have predicted occurred.

United limp on as they so often have under Solskjaer, bruised yet unbowed and still with a sliver of belief. See you back here on Sunday, probably for more of the same.