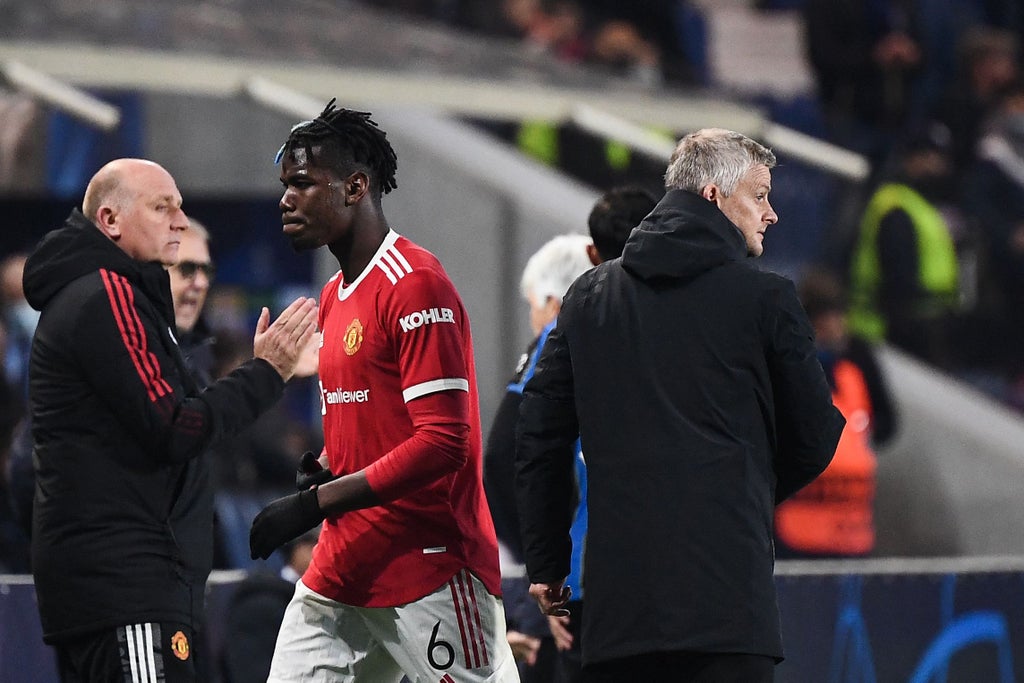 Paul Scholes tore into Paul Pogba on Wednesday night after the Manchester United midfielder’s performance against Atalanta in the Champions League, saying the Frenchman needs to be “babysat” and does “stupid things” on the ball.

Pogba was back in the United team amid a three-game suspension in domestic competition following a straight red card earned in the 5-0 defeat by Liverpool.

But he struggled to make an impact on the game playing and gave the ball away on several occasions, before being substituted in the second half as United chased an equaliser – delivered in the dying minutes by Cristiano Ronaldo.

Despite earning a 2-2 draw which kept United on top of a tightly contested Group F with two rounds of matches to go (defeat would have left them third in the table), Scholes was unimpressed with World Cup winner Pogba.

“Pogba needs somebody on him all the time,” Scholes said, speaking on BT Sport. “Somebody there that he totally respects, he needs experienced people behind him.

“How old he? 28? He’s a really experienced player. But he’s one of them that will get to 35 and be exactly the same. He’ll still be doing the stupid stuff where he’s stud rolling the ball, holding people off showing how strong and skilful he is. The biggest thing with Paul is his concentration. He goes away with the fairies at times.

“You think of the Juventus team he played in, where he was brilliant and was why we signed him. The experience around him – [Andrea] Pirlo, [Giorgi] Chiellini, [Leonardo] Bonucci, [Gianluigi] Buffon, an aggressive manager. He will need that treatment until he’s 35.”

Scholes’ former United teammate Rio Ferdinand agreed Pogba has not lived up to expectations at the club.

“Paul would agree that he hasn’t delivered to the level he would expect of himself in a Manchester United shirt. He is not getting the international jolt he gets with France. Maybe he needs that fear of not playing if he isn’t performing.”