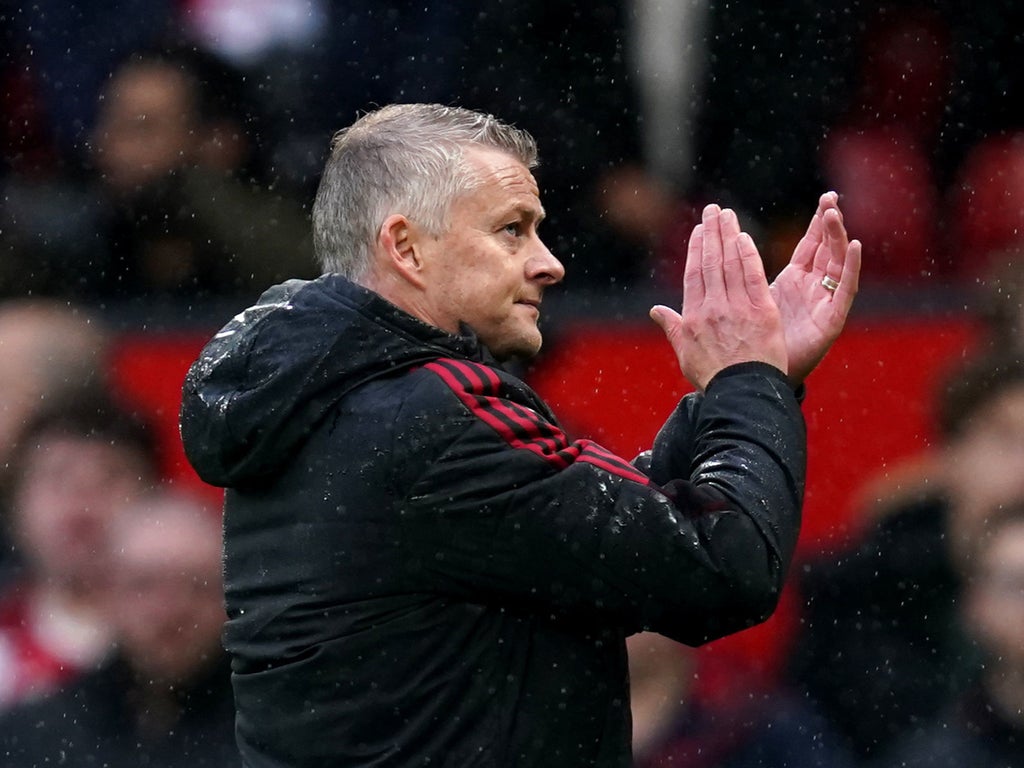 To preview this 186th Manchester derby, Ole Gunnar Solskjaer was asked whether he could ever see Manchester City eclipsing Manchester United in terms of size, stature and success during his lifetime. “No, I can’t,” he said, adding: “We are Man United, we are always going to come back. I think we are the number one club in Manchester and that also probably means in the world.”

Then came the kick-off, at which point the number one club in Manchester and apparently the number one club in the world sat deep in a low block and allowed their rivals from across town to keep and manipulate the ball at will, as United themselves refused to break out of a 5-3-2 shape which went against all Solskjaer’s bravado to essentially confirm their status as this city’s subordinates.

And you know what? It was probably the right idea. We all saw what happened when Solskjaer took a very different approach and attempted to engage with Liverpool, pressing high but in an uncoordinated fashion, with a midfield that was horrifically overburdened and overrun, with a back four rather than the back three that started this game. Something had to change, but the more things change at Solskjaer’s United, the more they stay the same.

United were abysmal against Liverpool but barely any better here, despite a sliver of respectability in a scoreline that did not reflect City’s total dominance. That it was only 2-0 was a result of wayward finishing from Pep Guardiola’s players rather than United’s reactive, conservative gameplan. The new system was rendered useless as soon as Eric Bailly’s own goal put United behind.

Solskjaer was left with, at a push, only four players on the pitch with the ability to get them back into the game. You could write the rest after just five minutes. Yes, City can make very good teams look very bad. Yet that only works as a defence of this United performance if you consider them to be a very good team, which would go against a mounting body of evidence to the contrary.

If Solskjaer’s tenure began as a glorious, nostalgia-fuelled throwback to 1999, the flux capacitor is now busted. The eight league and cup defeats at Old Trafford this calendar year is the most they suffered since 1989. United have now not kept a clean sheet at home for 14 games, their longest run since 1959. A club enamoured by its own history is repeating it, only in all the wrong ways.

If you wanted to question Solskjaer’s tactics, you could point out that this system was only successful against Nuno Espirito Santo’s Tottenham a week ago, a very different type of opponent to Guardiola-managed City or even Atalanta, who were unlucky not to beat United in midweek. What made him think it would work in the same way, against far more expansive, talented and superior opponents?

It would be helpful if they could pick just one approach though, whatever approach that is. For the second game in a row, United switched the system mid-game. Solskjaer speaks of “United DNA” but any consistent plan that was worked on over his time in charge has been discarded over the last few weeks, with the most exciting young attacking players at the club relegated to the second string.

Perhaps the more concerning point is that United appear unable to play either way: not on the front foot with high pressing and fluid attacks nor as an organised, cohesive unit. As much as the finger can be pointed at any one player, or several of them, that inconsistency and ineptitude can only be levelled at the coaching staff, particularly after nearly three years of the same underlying problems.

Is Solskjaer in any sort of trouble? Only the United hierarchy know that for now, with a long international break ahead of them. There was one warning sign, though. Midway through the second half, the Stretford End began long, sustained chants of Donny van de Beek’s name. This is not a player who has won the hearts of all around Old Trafford with era-defining, match-winning performances. Quite the contrary.

Van de Beek is instead a symbol of the questionable decision-making and incoherent thinking that has defined the worst moments of Solskjaer’s spell. Singing his name and loudly cheering his belated introduction was the most hostile this crowd can be to a manager who is, despite it all, a hero. It was as great a show of dissent as there will ever be towards Solskjaer, even with how far United have fallen behind City and how desperate things have become. But most desperately of all, you still wonder if this was bad enough to bring all this to an end.