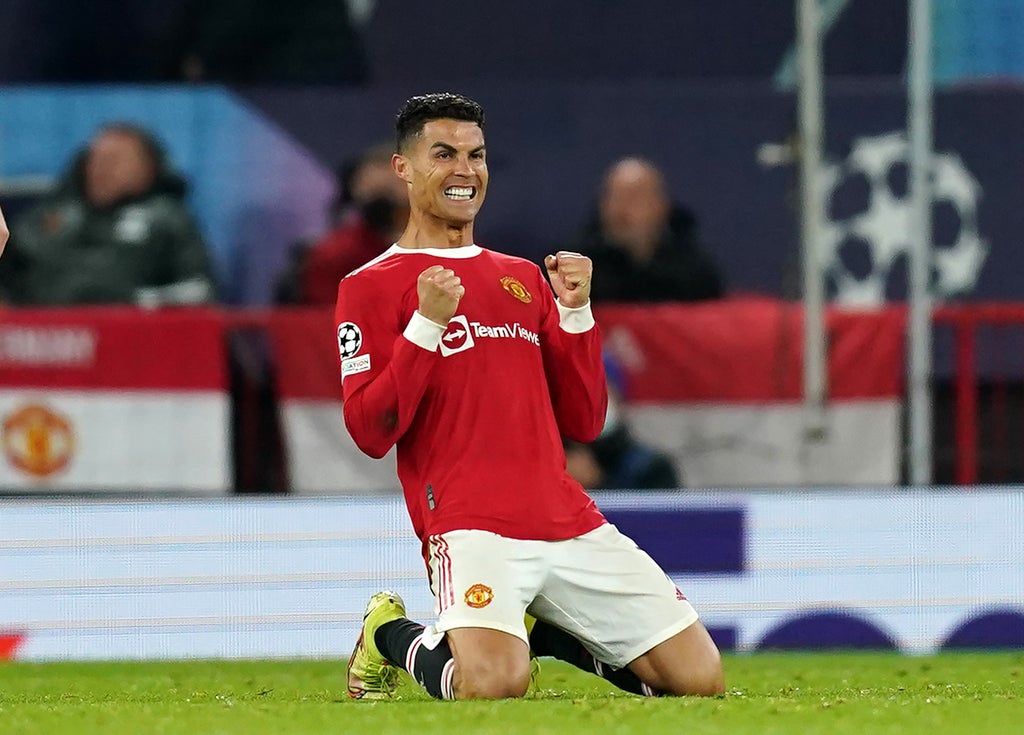 There was intense scrutiny on the 1999 treble hero and his players heading into the Group F encounter after Saturday’s embarrassing loss at Leicester compounded recent poor performances.

United were staring down the barrel of a fifth loss in eight matches and were booed by some fans as they trudged off at half-time trailing by two goals, only for Solskjaer’s side to storm back memorably at Old Trafford.

Marcus Rashford struck on his first start since the Europa League final and Harry Maguire lashed home a leveller, setting up a box office finish that Ronaldo delivered with a powerful header from Luke Shaw’s cross.

The victory provided a much-needed shot in the arm for United, who moved top of Group F and welcome rivals Liverpool to Old Trafford in the Premier League on Sunday afternoon.

The stirring second-half comeback displayed the best of Solskjaer’s side but they have plenty of room for improvement, notably at the back after Mario Pasalic and Merih Demiral capitalised on poor defending in the first half.

The other game in United’s group saw Villarreal win 4-1 at Young Boys. Yeremi Pino and Moreno gave the visitors a comfortable half-time lead which they held until the 77th minute when Meschack Elia pulled a goal back.

The tense finish did not materialise for the Spanish side, who restored their two-goal cushion with further goals from substitutes Alberto Moreno and Samuel Chukwueze late on.

Romelu Lukaku and Timo Werner limped out of Chelsea’s facile 4-0 win over Malmo to deal the Blues a fresh set of injury concerns.

Lukaku hobbled off in clear pain with a suspected ankle problem, while Werner appeared to pick up a hamstring issue as the Blues claimed their second win in Group H.

Juventus stay top of the group after Dejan Kulusevski’s 86th-minute header gave them a 1-0 win against Zenit St Petersburg in Russia.

Bayern Munich hit Benfica with four late goals to seal an emphatic win in Portugal. Leroy Sane broke the deadlock after 70 minutes before an Everton Soares own goal and strikes from Robert Lewandowski and Sane once more saw the German club surge away at the top of Group E.

Barcelona gained their first win in the competition this season after Gerard Pique netted in a 1-0 victory against Dynamo Kiev at the Nou Camp.

Red Bull Salzburg pulled clear at the top of Group G with a 3-1 home win against Wolfsburg. Lukas Nmecha cancelled out Karim Adeyemi’s opener for the hosts before a second-half double from Noah Okafor gave Red Bull their second group win.

Sevilla are second behind the Austrian champions after drawing 0-0 with Lille in France.