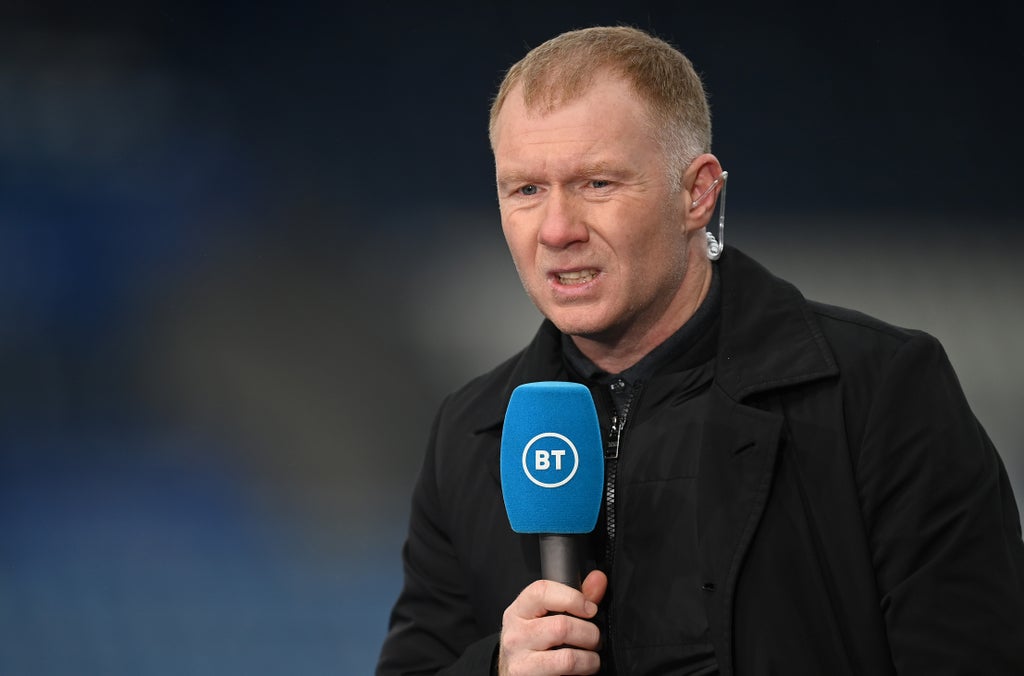 Manchester United’s first-half display against Atalanta in the Champions League was a “major worry”, former midfielder Paul Scholes insisted, despite their late comeback and Cristiano Ronaldo’s winner at Old Trafford.

United were two goals down at half time but stormed back to win three vital points in the Champions Legaue and ease the pressure on manager Ole Gunnar Solskjaer.

But Scholes said United’s stirring comeback papered over the cracks and said he was concerned by United’s defensive performance ahead of the Premier League clash against Liverpool on Sunday.

“I get all the excitement [after United’s win] but that first half, it put me off the second half,” Scholes told BT Sport. “I just thought that if United were playing a better team, they [the opposition] would have been out of sight.

“It’s Atalanta, who had five players missing and a defender who had to go off at half time. It’s great and I get the excitement, but there was something that I didn’t enjoy. That first half was worrying.

“They looked anything apart from a team, for me. They lacked unity – it was the back four, the two midfielders and the rest. That for me was a worrying sign. Can they go and play against Liverpool like that? Manchester City, better teams in the Champions League? Never in a million years.

“I don’t want to sound like a party pooper because it’s a great night for the fans, it’s a great comeback. Cristiano the hero again, winning us the game. But that first half was a major worry for me.”

Former Manchester United defender Rio Ferdinand added: “In some ways I understand what Paul is saying, but I feel you’ve got to use that second half as a reference point.

“There was much more unity. They weren’t as easy to play through. But if anyone had any doubt that these players will run and fight for Ole, yes they will. They showed that in the second half and they’ve got to use that second half.

“Yes, they can improve tactically here and there but they can put a shift in. People were questioning them after Leicester but today they showed there was a togetherness.”

After they host Liverpool at Old Trafford on Sunday, United play Tottenham, Atalanta again in the Champions League before facing Manchester City in the Premier League.