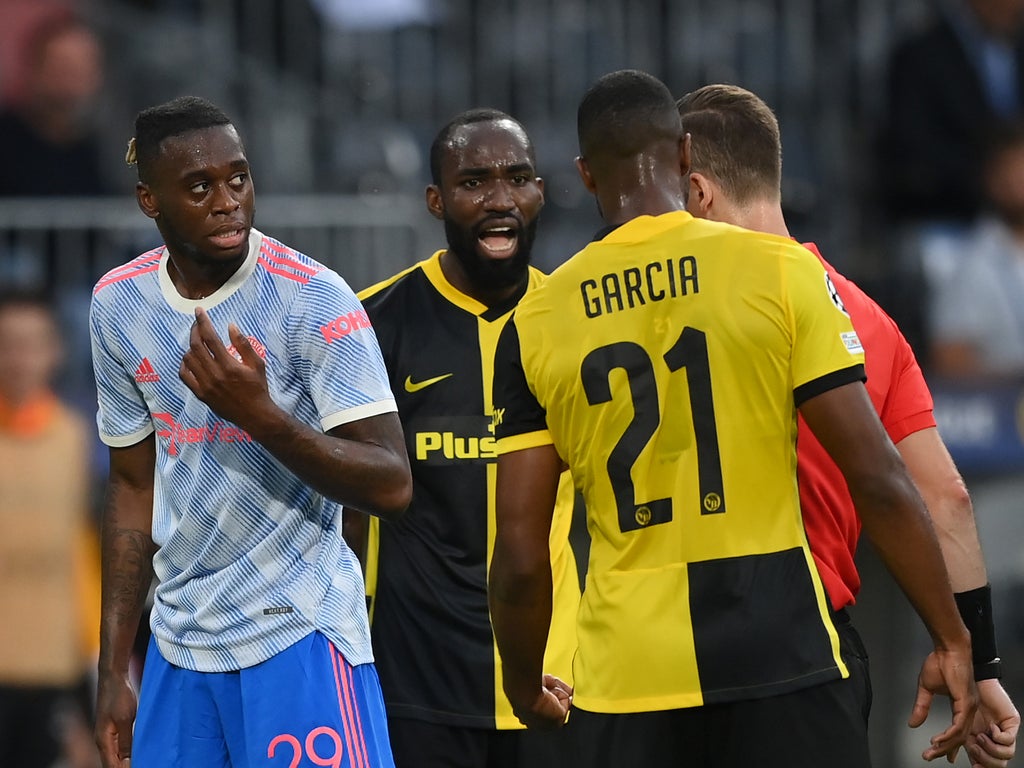 Ole Gunnar Solskjaer believes Aaron Wan-Bissaka has fallen victim to refereeing inconsistency after the Manchester United full back was handed an additional one-game ban for his Champions League sending off against Young Boys last month.

Wan-Bissaka was suspended for Wednesday’s dramatic 2-1 win over Villarreal at Old Trafford and will miss Atalanta’s visit later this month after his punishment for receiving a straight red card in Bern was extended.

Solskjaer was unhappy to learn that he would be without his first-choice right back for another European game, particularly after Manchester City’s Kevin De Bruyne was merely cautioned for a similar challenge in his side’s 2-0 defeat to Paris Saint-Germain earlier this week.

De Bruyne was only shown a yellow card for a late tackle on Idrissa Gueye, despite missing the ball and coming down on the PSG midfielder’s shin.

“Very surprised, very disappointed,” Solskjaer said, when asked about Wan-Bissaka’s additional one game ban. “Of course we’re going to appeal. It’s almost a three game ban because it’s early in the game, 30 minutes, so it’s two thirds of another game.

“If you look at other tackles from the other side of the city as well, that’s probably more dangerous and that’s a yellow card. That’s inconsistency but that’s football for us.”

Solskjaer was also left unhappy with the officials after United’s late Premier League defeat to Aston Villa last weekend, when Ollie Watkins was not judged to have interfered with David de Gea’s line of sight on Kourtney Hause’s winning goal.

The United manager said on Friday that he was not satisfied with guidance that he had received on the decision from the Premier League.

Solskjaer ironically benefitted from a similar decision against Villarreal when Jesse Lingard was not judged to be offside on Cristiano Ronaldo’s late winner, despite laying down in front of visiting goalkeeper Geronimo Rulli.

“It’s maybe one of them: should we get VAR out of the way, because it’s still going to be discussed, all sorts of rules and laws,” he said.

“The reasoning we got behind Watkins not interfering with play, now that’s another one. When you shoot now you can put a guy next to the goalkeeper and he is not offside if he pushes the keeper. Explanations don’t always give us an ‘okay, yes that’s the reason’ feeling.”