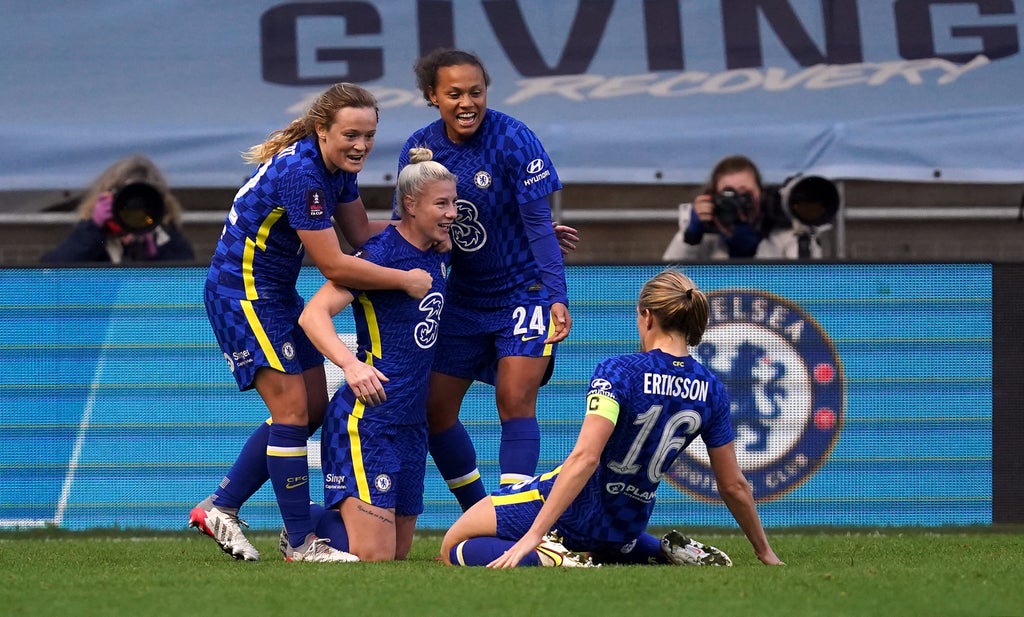 Emma Hayes’ side took the lead in the 23rd minute at the Academy Stadium when Erin Cuthbert controlled a corner with one touch and then fired the ball past Karima Benameur Taieb.

The goal prompted questions over whether the goalkeeper might have done better, and that was the case again five minutes later when Melanie Leupolz beat Taieb with a low shot from the edge of the box.

Chelsea penalty appeals were unsuccessful when Jess Carter went down under the attentions of Lauren Hemp, and Taeib then made good saves to deny Sam Kerr and, after the break, Cuthbert.

Caroline Weir and Vicky Losada sent efforts off target at the other end before an 89th-minute header from Beth England, brought on just before the hour mark, sealed Chelsea’s place in the delayed 2020-21 competition’s final at Wembley on December 5.

Jess Park subsequently saw a stoppage-time effort superbly tipped against the post by Ann-Katrin Berger as Gareth Taylor’s City, who have taken just four points from their opening five games of their 2021-22 Women’s Super League campaign, endured another disappointing outing.