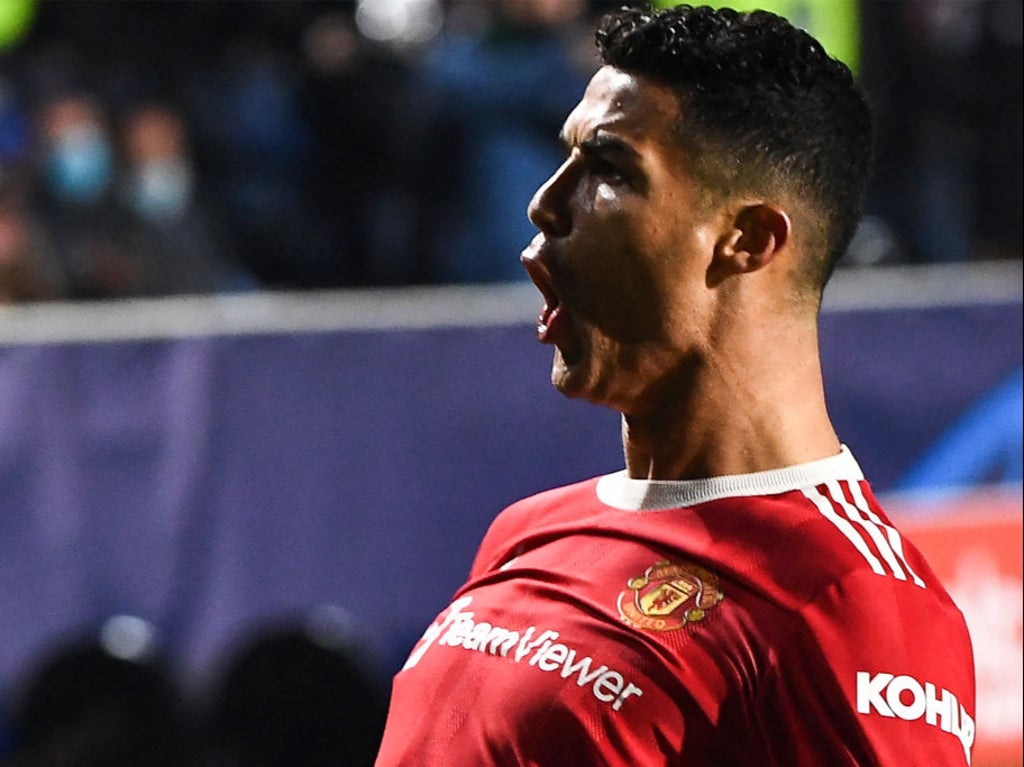 The best move Manchester United made in the summer was to keep Cristiano Ronaldo out of Manchester City’s clutches. The 36-year-old superstar is papering over the cracks for Ole Gunnar Solskjaer’s side but had he gone to the Etihad then the gap between the teams might be even wider.

The clubs meet in the Manchester derby at Old Trafford tomorrow and Pep Guardiola will get a close-up look at what he missed out on in August. Even at his advanced age Ronaldo can score goals. He has struck nine times since his return to the north west.

Guardiola was frustrated in his pursuit of a No9 during the transfer window. City were unable to pry Harry Kane away from Tottenham Hotspur and made a late effort to sign Ronaldo. Missing out on Kane might have been a lucky escape. The England captain has hit the back of the net just once in the top flight this season. It could be down to his unhappiness at being forced to stay at White Hart Lane but the striker has looked much older than his 28 years. The arrival of Antonio Conte in north London might revive Kane – it would be foolish to write him off so soon – but at the moment he looks a shadow of the player that City would have paid £125 million to bring to the Etihad.

Nevertheless, Guardiola is short of a poacher. City have netted 20 times in the league, which makes them the third highest-scoring team behind Liverpool and Chelsea and level with West Ham United. Even this statistic is worryingly misleading: 14 of those goals came in three games against Norwich City, Arsenal and Brighton.

No team has come close to matching City’s productivity in front of goal in the past four Premier League campaigns but the departure of Sergio Aguero has left Guardiola short up front. The lack of a clinical hitman has meant games that should have been won easily have run away from them. In the 1-0 defeat by Spurs in August, the champions could have easily put the match away in the first 15 minutes had they taken their chances.

The inability to finish off opponents has told in other competitions. In the Champions League, Guardiola’s side should have come away from the Parc des Princes with at least a point but they were profligate in the 2-0 defeat by Paris Saint-Germain. City’s four-year run as EFL Cup winners came to an end when West Ham knocked them out on penalties at the London Stadium, despite the away team firing 25 shots at goal before the final whistle.

It is hard to imagine Ronaldo not taking advantage of being part of a side that dominates possession and creates so many opportunities. United have been disjointed and ineffective during the Portugal forward’s second spell at the club but he has still managed to get his name on the scoreboard.

Ronaldo is not as mobile as in his younger days. He would largely be a bystander during City’s high press but Aguero was not the most diligent at putting defenders under pressure. This frustrated Guardiola for a long time but the Catalan came to see that the trade off was worth it to have a prolific sharpshooter in the team. Ronaldo would have given a similar sort of option to Aguero.

It is depressing for United supporters that the most compelling reason for signing Ronaldo was to keep him out of City’s hands. Nothing illustrates the flawed thought process at Old Trafford with more clarity.

Guardiola has a clear vision of what he wants from his team. The lack of a natural goalscorer has handed a small advantage to his rivals, though.

Solskjaer’s ideas are not so lucid. United, whose attacking options are arguably the best in the division, have rarely been coherent this season. It has become easy to make a case that Ronaldo’s presence is holding back the likes of Marcus Rashford, Mason Greenwood and Jadon Sancho.

To win the derby, Solskjaer’s side will have to ride their luck and hope that City are wasteful in front of goal. But if they do that, survive and keep the game close, they will have a chance because of Ronaldo’s nose for goal. If the Portuguese was wearing sky blue, City would likely run up the score.