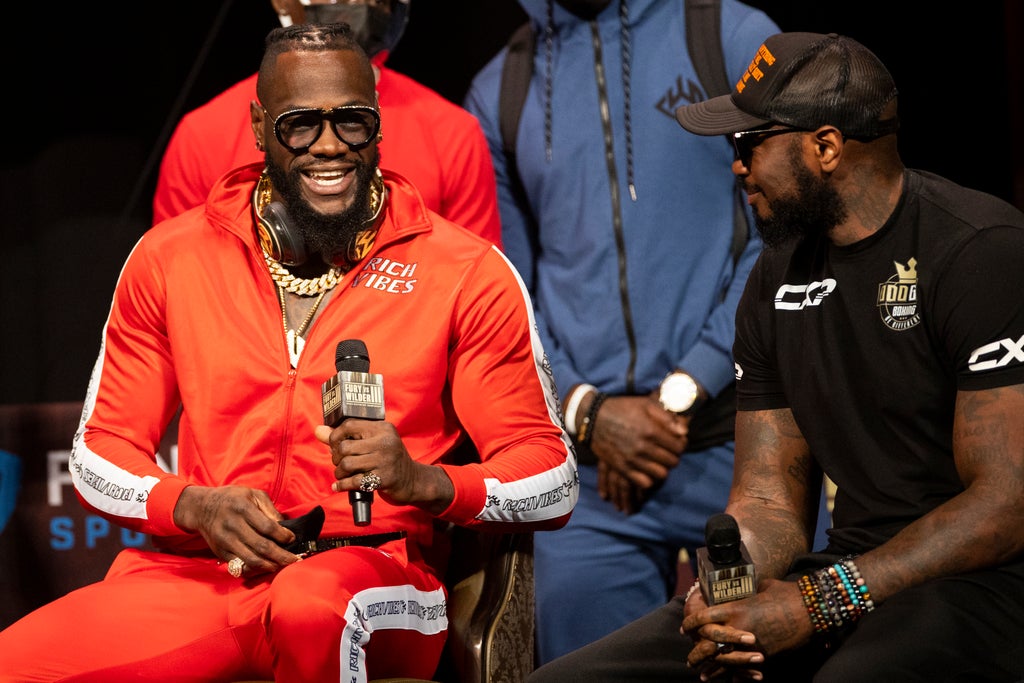 Scott has been brought into the corner for this weekend’s heavyweight showdown in Las Vegas after Wilder dispensed with trainer Mark Breland who angered the 35-year-old by throwing in the towel in his loss to Fury 20 months ago.

That was one of several peculiar excuses given by Wilder for the only defeat in his 44-fight professional career, one in which he has accrued 41 knockout victories, including that of Scott when they fought in March 2014.

Fury, who will defend his WBC title on Saturday for the first time since dethroning Wilder, has in the past branded his foe as a “one-trick pony” but Scott believes there are hidden depths to his charge’s abilities.

Scott said: “When it came to working with Deontay’s fundamentals it was easy because he has good fundamentals, it’s just a lot of times he didn’t use them.

“When he got into a fight, a lot of those things disappeared and I just never understood why. It’s because he got content with just knocking people out with one weapon which was the right hand.

“What I did was I went to his toolbox, pulled everything out that I feel as though he’d do well and I made sure we didn’t do it from a subconscious state or by accident by constantly doing it and drilling it over and over again.

“It’s not like I gave him a toolbox and I’m teaching him something new. I’m just reminding him about so many different tools that he just wasn’t using.”

At a fiery final press conference on Wednesday, Wilder doubled down on his unfounded allegation that Fury had tampered with his gloves in their second fight, following their controversial draw in the opener in December 2018.

Fury believes the claims stem from someone who is “unwell” as he branded his rival “weak”, adding that Breland “saved your life, saved your career and needed a pay rise, not being sacked”.

Scott, though, insisted he has been meticulous in his preparations, studying Fury’s past fights with great intent and encouraging Wilder to wake up in the middle of the night and longer spars than usual.

Scott added: “The gameplan is we have an answer for anything Tyson Fury does, anything.”

Wilder gave an insight into the close relationship he has cultivated with Scott through the years, with the former WBC champion admitting their bout seven years ago brought them closer together.

Wilder said: “I trust my brother with my life, as he trusts me with his. I’d give my shirt off my back as he would for me, that’s how it’s always been from the first connection.

“Even when we fought each other, it brought us even closer, more so than ever.”

Fury’s trainer SugarHill Steward provided the blueprint which led to the Briton’s triumph in February last year, with the 6ft 9in surprising many observers by taking the aggression to Wilder and getting a seventh-round stoppage.

“He’s already been an exceptional boxer before I started training him and just finetuning those skills, making sure he understands a little bit more things he didn’t see, but more importantly just being ready.

“I feel like Tyson Fury being ready is unstoppable.”