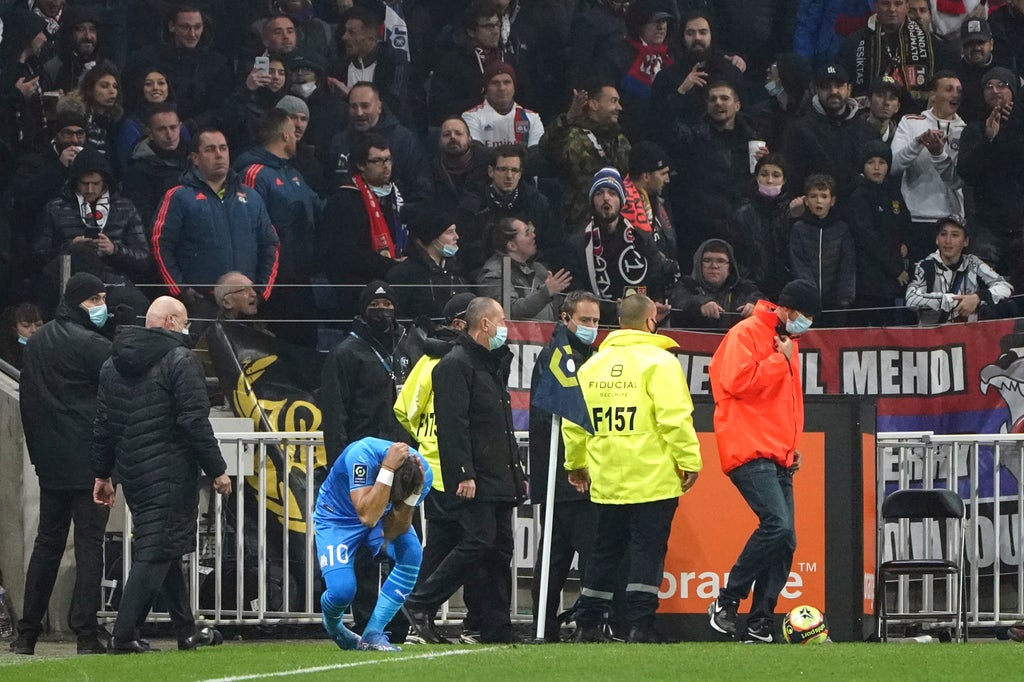 Lyon’s match at home to Marseille was halted after visiting forward Dimitri Payet was hit by a bottle thrown from the stands.

Fan disorder has blighted Ligue 1 in recent months and Marseille supporters were banned from attending the game after sanctions against the club for a previous pitch invasion and clash with Angers fans in September.

The game at Groupama Stadium was just four minutes old when Payet was struck on the head by a water bottle as he attempted to take a corner.

Marco Asensio and Nacho had put the visitors 2-0 up inside 25 minutes and although Luis Suarez pulled one back before half-time, Vinicius Junior restored Madrid’s two-goal advantage.

Getafe’s second win in three games – 4-0 over Cadiz – lifted them off the bottom, while Real Betis’ 3-0 win over Elche moved them above Barcelona into fifth.

Serie A leaders Napoli’s unbeaten start to the season was ended by a 3-2 defeat at Inter Milan.

Goals from Hakan Calhanoglu, Ivan Perisic and Lautaro Martinez turned things around after Piotr Zielinski had put the visitors ahead and although Dries Mertens’ 78th-minute goal set up a frantic finish Inter moved to within four points of the top.

Freiburg’s hopes of closing the gap to second-placed Borussia Dortmund in the Bundesliga were dashed after they lost 2-0 at home courtesy of first-half goals from Eintracht Frankfurt’s Jesper Lindstrom and Filip Kostic.