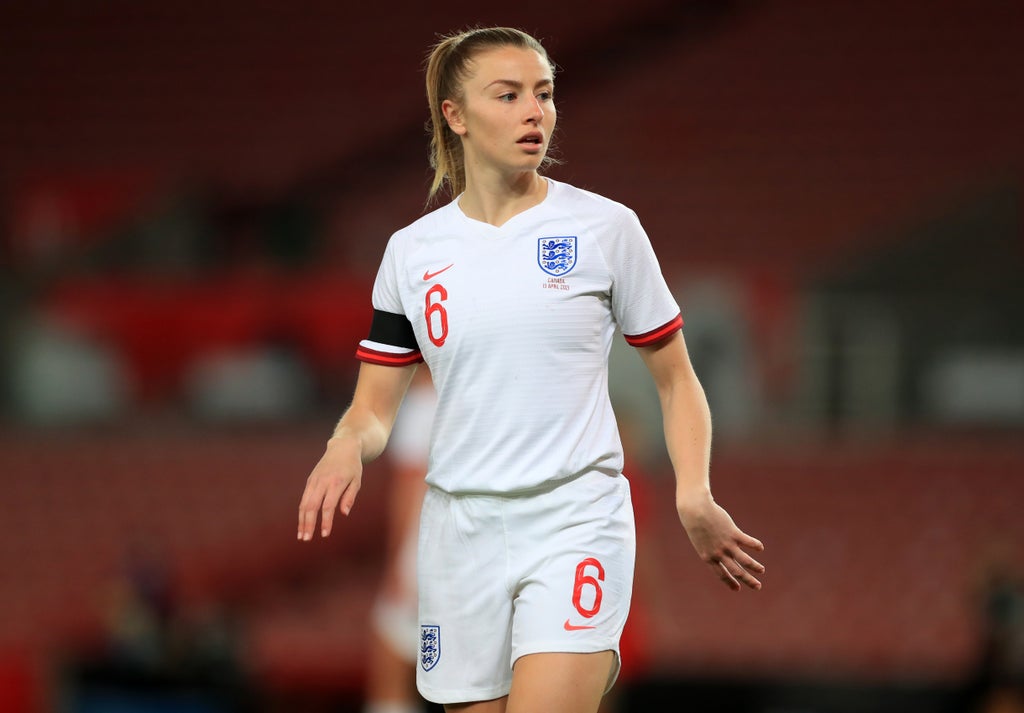 Leah Williamson will once again captain England on Tuesday night in a World Cup qualifier against Luxembourg.

Manchester City’s Steph Houghton usually has the skipper duties but the defender was forced to withdraw from the Lionesses squad with an ankle problem. Arsenal’s Williamson was captain for England’s 8-0 thrashing of North Macedonia on Friday night.

While Williamson has done a good job in the role, manager Sarina Wiegman has shared her sympathy with Houghton.

Wiegman said: “She got injured, which was very disappointing for her but also for the team. She’s had a pretty tough time in the spring when she was injured and it was hard for her to make the Olympics, then the Olympics were disappointing for the Great Britain team and now she really wanted to come back, play and have fun.”

Houghton has returned to City where she will rehab her injury and the issue adds to the club’s nightmare as she is their ninth player currently sidelined.

The qualifier will be available for UK fans to watch on ITV4 with coverage starting at 6.45pm. Supporters can also stream the match on the ITV Hub.

Steph Houghton is still out with an ankle injury but better news for England is that Fran Kirby is in contention to start the match after she was rested for the North Macedonia fixture.

After England’s impressive performance over North Macedonia and the re-introduction of Fran Kirby it’s almost certain that the Lionesses will continue Sarina Wiegman’s reign with another win. Luxembourg 0-6 England.