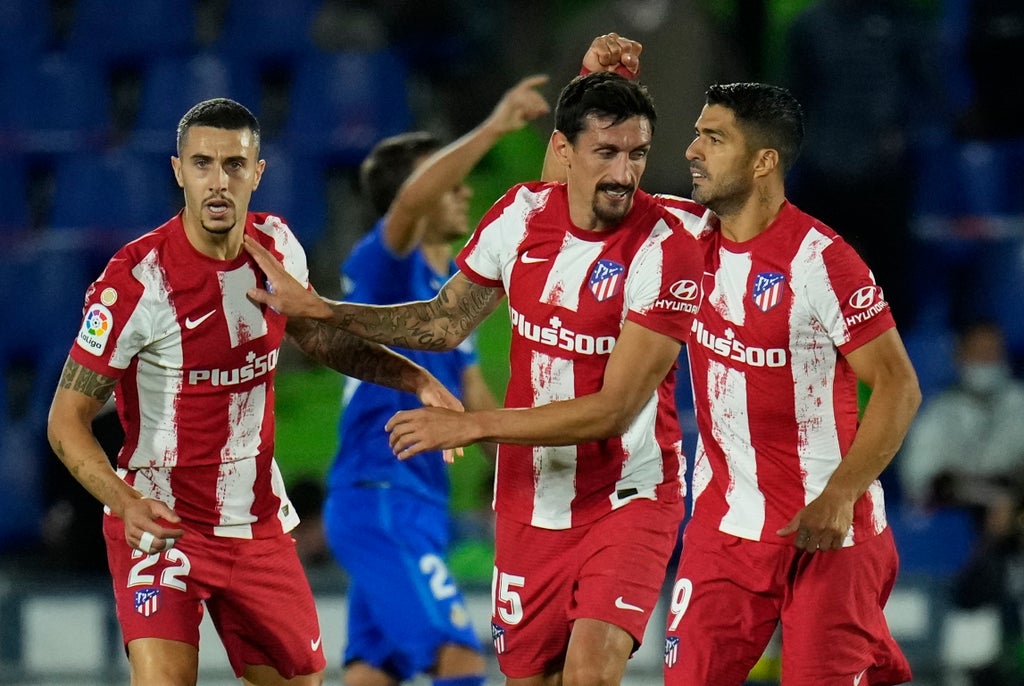 Luis Suarez hit two late goals as Atletico Madrid hit back from behind to sink struggling Getafe 2-1 and climb back to the top of LaLiga.

Still without a point this season, the hosts grabbed a shock lead when Atletico keeper Jan Oblak fumbled the ball over his own line on the stroke of half-time.

Getafe were reduced to 10 men in the 74th minute when Carlos Alena was sent off for a second bookable offence, and Suarez pounced to level four minutes later.

And the Uruguayan star struck in injury time when he headed home from a Sime Vrsaljko cross to seal the points.

Alvaro Garcia’s opener for the visitors was cancelled out by a Pathe Ciss own goal, but substitute Falcao struck deep into injury time when he powered home a header from a Bebe free-kick.

Iago Aspas and Brais Mendez grabbed the goals as Celta Vigo claimed their first win of the season with a 2-0 success at Levante.

Inter Milan moved back to the top of Serie A as they came from behind to win 3-1 at Fiorentina.

Riccardo Sottil put the hosts in front midway through the first half, but Matteo Darmian and Edin Dzeko struck in the space of four second-half minutes.

Fiorentina had Nico Gonzalez sent off for dissent and Ivan Perisic grabbed his side’s third to seal the points 12 minutes from time.

Robin Gosens and Davide Zappacosta scored early as Atalanta maintained their solid start with a 2-1 win over Sassuolo, who replied through Domenico Berardi, while Genoa twice came back from behind to draw 2-2 at Bologna.