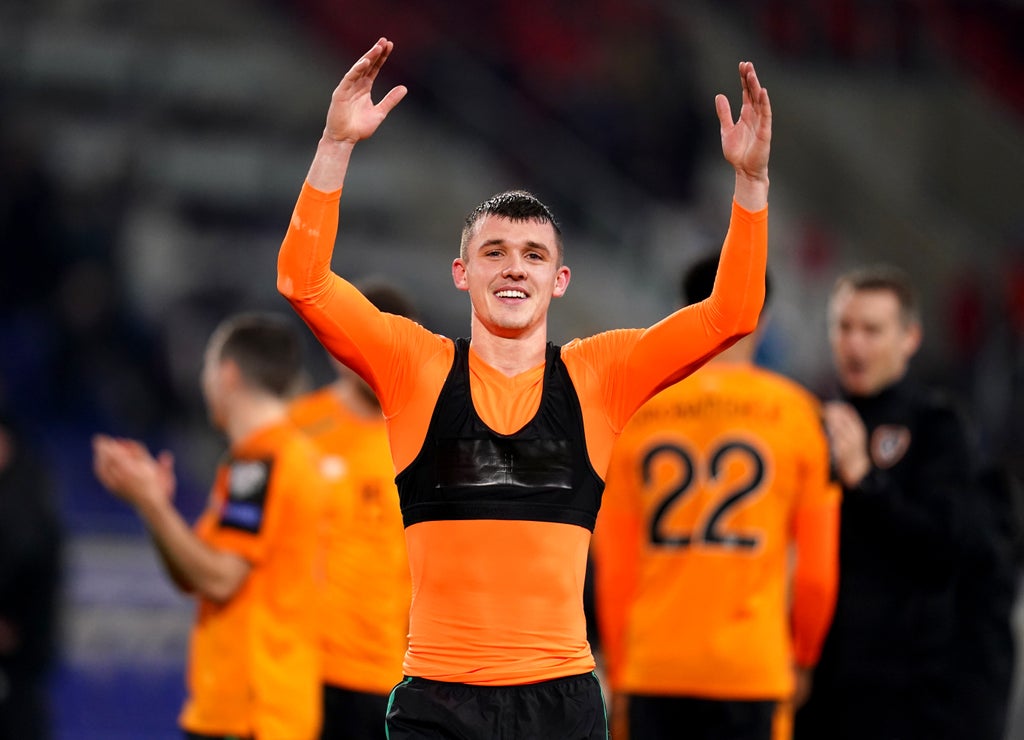 Jason Knight is convinced there is more to come from both himself and the Republic of Ireland after playing a key role in a satisfying end to a disappointing World Cup qualifying campaign.

The 20-year-old Derby midfielder made a stunning impact after coming off the bench against Luxembourg on Sunday evening, playing a role in all three goals as Ireland signed off from their Group A campaign with a 3-0 victory.

The Republic’s hopes of making it to Qatar next year were effectively over after they lost their first three games in the group, including an embarrassing 1-0 home defeat by Luxembourg, but Stephen Kenny’s new-look squad recovered to finish third behind Serbia and Portugal to suggest there are better times ahead.

Asked if there is more to come from him, Knight said: “Definitely, not just from me, from everybody. There is loads more in the locker and it is down to me to show that.

“It is just consistency. We have seen progression as we have gone through the campaign. I think it is just about keeping that going and bringing that forward and trying to get the best out of the squad that we can.

“The lads have been really, really good, especially in the last couple of camps. That is what you want as a competitive nation. You want to be really, really competitive within the squad as well, and I think we have that at the moment.”

Ireland could be forgiven for wondering what might have been had they managed to hang on to the leads they took in both Serbia and Portugal before losing narrowly, although Knight insists there is no point in doing so.

He said: “You might say that, but I don’t think we can look back on that. We just want to look forward.

“We have had a really good last four or five months and we just want to keep progressing into the March camp now.”

Knight has been promoted to the senior team by his former Under-21s manager Kenny and he, along with the likes of keeper Gavin Bazunu and defender Andrew Omobamidele, has made the step up look more than comfortable.

He said: “It might look that way, but I think that has been down to the fact that a lot of senior players have been really, really good to us, obviously the staff as well.

“But the senior players have done their best to try to integrate us as well and look after us in that sense.”