Jurgen Klopp and Pep Guardiola go head-to-head to win Premier League manager of the season after nominees are announced… with Eddie Howe, Thomas Frank and Patrick Vieira also in the running for the award

Liverpool boss Jurgen Klopp is set for another battle with Man City coach Pep Guardiola as the pair compete for Premier League manager of the season.

The five nominees for the prestigious award were revealed on Friday, with Klopp and Guardiola the leading contenders to take the prize as they look to pip each other to the Premier League title in the last two games. 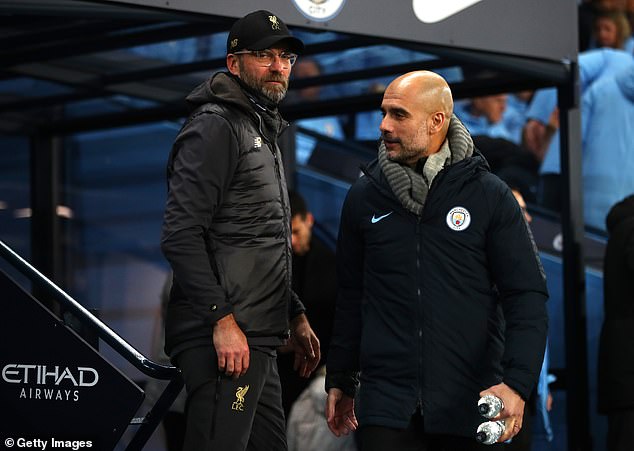