‘I hope we were lucky – when I spoke to him he was in a good mood’: Jurgen Klopp believes that Liverpool defender Joe Gomez’s injury is not serious despite him leaving Southampton on crutches after being forced off in win

By Dan Ripley for MailOnline

Liverpool boss Jurgen Klopp is hopeful that Joe Gomez’s foot injury is not a serious one after he was forced off at half-time in the Reds’ 2-1 victory at Southampton.

Gomez came into the side as one of nine changes but after a bright first half display was injured on the cusp of half-time after landing awkwardly on his right leg following a tussle for possession.

After rolling around in pain, the defender eventually got to his feet but was seen walking off down the tunnel at half-time in discomfort while being consoled by goalkeeper and team-mate Alisson. 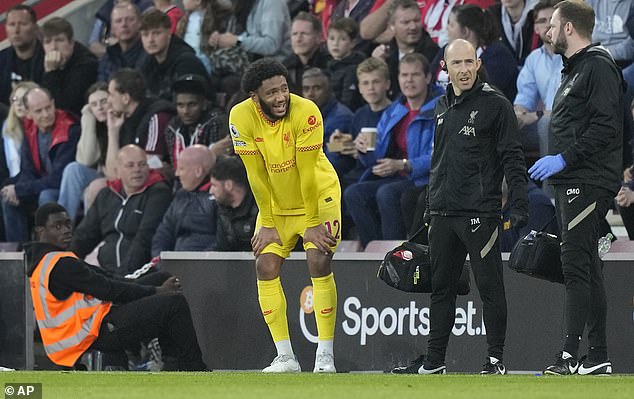 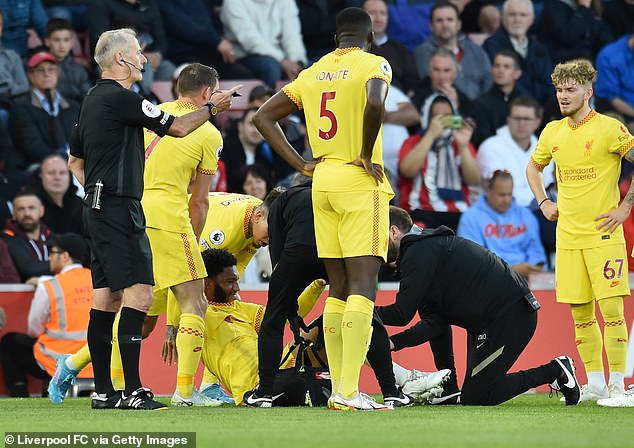 The 24-year-old failed to reappear for the second half as he was replaced by captain Jordan Henderson.

Gomez was reportedly seen stepping on the team bus with crutches and a protective boot following the game and there are now doubts over whether he will be fit for the final day of the season when the Reds host Wolves with outside hopes of claiming the Premier League title, as well as later this month for the Champions League final against Real Madrid.

But Jurgen Klopp appears confident that Gomez’s injury is just a slight knock and that precautions are being taken with the defender who the Liverpool boss claimed was in high spirits following a post-match discussion. 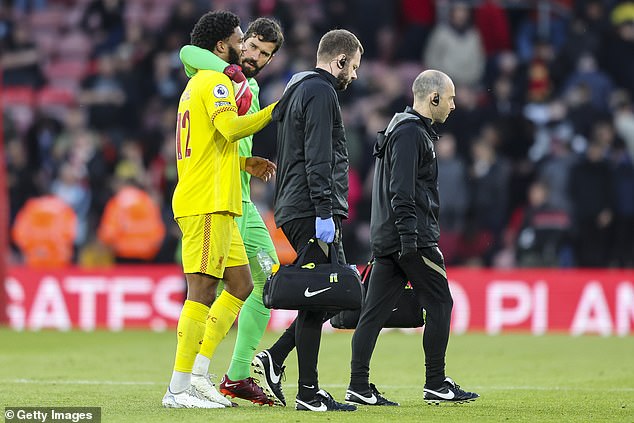 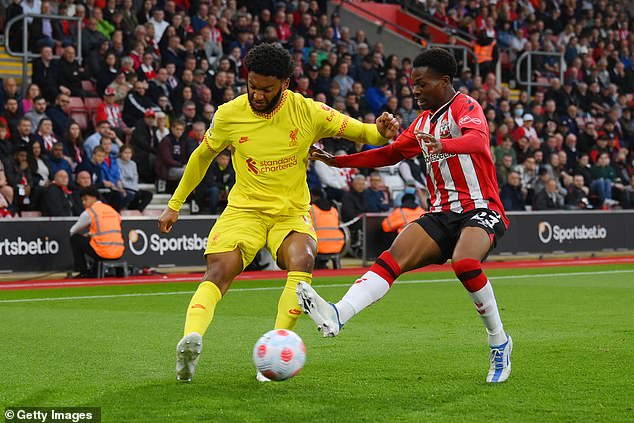 ‘I hope we were lucky. Joe himself has pain but not too much,’ the Liverpool boss told reporters.

‘He got a real shock to the system in the foot. But he’s sitting in the dressing room and when I spoke to him he was in a good mood.

‘Maybe we were probably lucky but we have to figure that out.’

Liverpool are likely to find out more detail regarding Gomez’s injury on Wednesday when the defender is likely to undergo a scan. 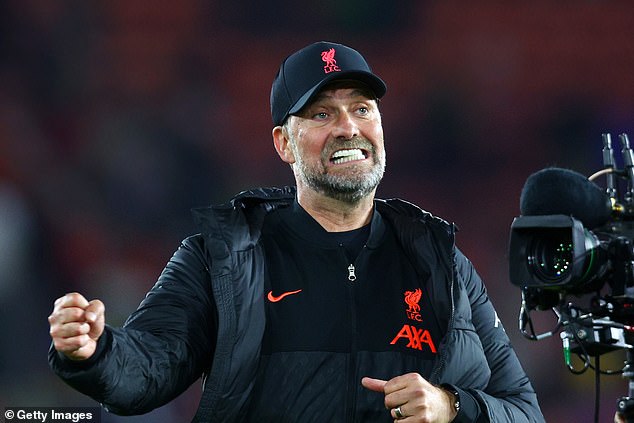 Gomez has struggled for first-team action this term due to the superb form of Liverpool’s back four that usually consists of Virgil van Dijk, Joel Matip, Trent Alexander-Arnold and Andy Robertson.

He was considered first choice centre-back alongside Van Dijk before a serious knee injury ruled him out for much of last season, leading to him losing his place.

Lining up at right-back at St Mary’s it was just his fourth Premier League start of the season among his eight top flight appearances.