‘Maybe it’s perfect but it doesn’t look like it’: Liverpool boss Jurgen Klopp admits concern over Paris pitch which was only laid on Thursday… but vows not to use it as an excuse if they fall short in Champions League final

By Dominic King for the Daily Mail

Jurgen Klopp has insisted he will not use the state of the Stade de France pitch as an excuse if Liverpool fall short in their quest to become champions of Europe.

A new playing surface was only finally laid at 1am on Thursday and it is being heavily watered before the clash with Real Madrid.

Klopp went straight to inspect it when he arrived at the stadium and discussed it with match referee Clement Turpin. The Reds boss made a point of saying he was not complaining about the pitch, but he recognised it was far from ideal. Aerial pictures show lines where the turf is joined together but, crucially, it did not cut up when Liverpool trained on it on Friday night. 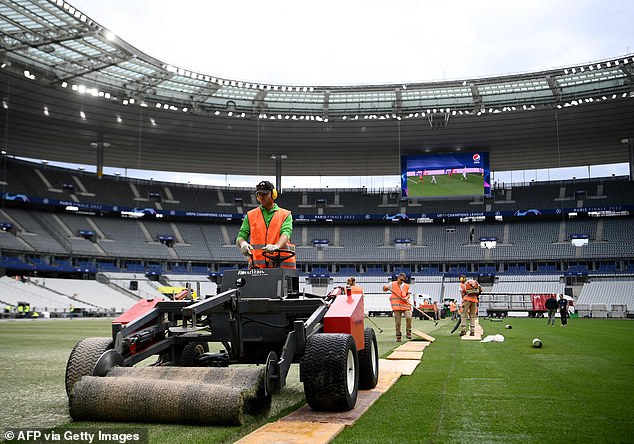 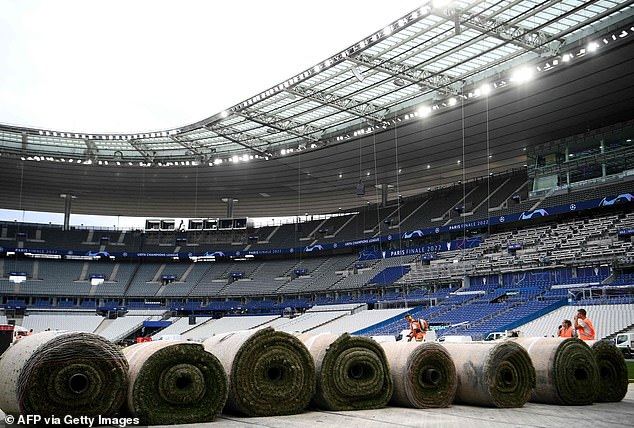 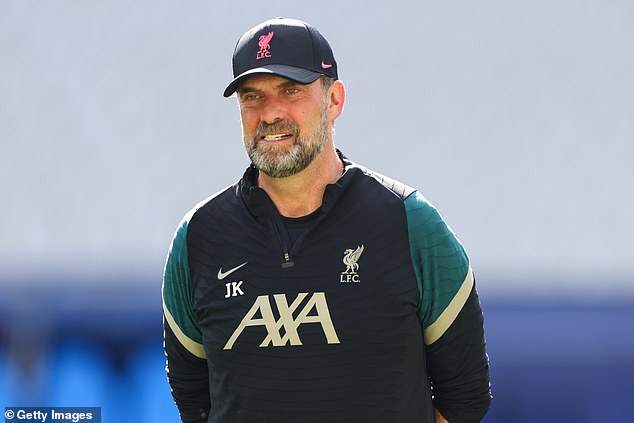 ‘Usually when I say the pitch looks new, that is good news,’ said Klopp. ‘This pitch is new since yesterday, which is not the best news. But it will be the same for both teams. I saw the refs and the good news is the ball drops normally.

‘That someone thought it was a good idea to bring the pitch the day before to the stadium is interesting.

‘But it didn’t kill my mood one per cent. I am really happy we are here, I would have played the game on a petanque (surface).’

On whether the quality of the contest would be compromised, Klopp added: ‘Both teams are technical and you would wish in a dream world that the pitch is the best you ever saw. That’s obviously not the case. You will hear the same from Carlo Ancelotti.

‘Definitely, if you win you don’t care about the pitch — that is easy to say. I don’t know how bad or good it is, I only just saw it. Maybe it’s perfect but it looks not perfect.’

The Liverpool boss vowed that his team would go toe-to-toe with Real Madrid as they hunt a season-defining victory.

This is Liverpool’s third Champions League final in five years and Klopp is attempting to win the trophy for a second time — the club’s seventh in total. They have been given a boost by key midfielders Fabinho and Thiago Alcantara proving their fitness.

Real, who Klopp believes are slight favourites, have won their last two meetings — the 2018 final and the quarter-final last season — but the German is adamant Liverpool are on a par with the Spanish giants in terms of pedigree. 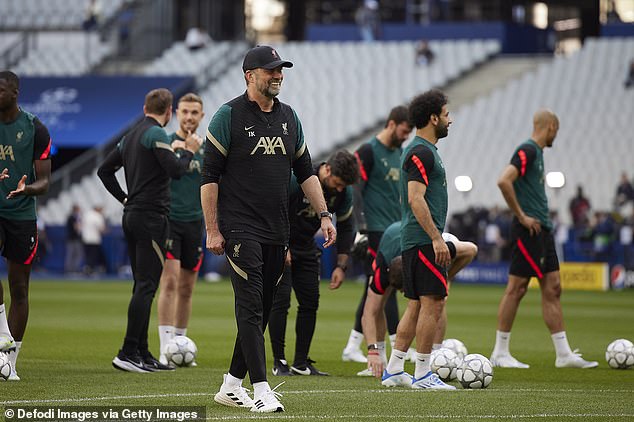 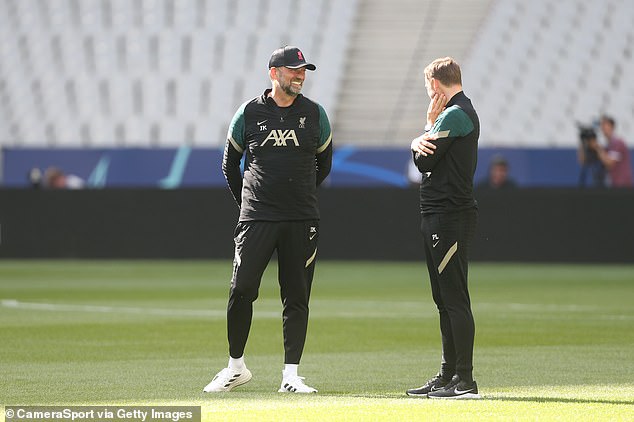 ‘I want us to be confident as well. The confidence level of the Madrid players is incredibly high but we are not here by surprise. We did not buy a ticket to reach this stage. We are a good side.

‘The world we are living in means we get judged by the final result,’ said Klopp. ‘If you are a football person, then you know what my boys did this season is exceptional. But in the end it is all measured by the colour of the medal you get. That is how it is. We are ready.’

Madrid boss Ancelotti said: ‘We think we’ve had a very good season and we are very close to achieving something huge this season. We have a good atmosphere around the squad with lots of excitement and confidence.’