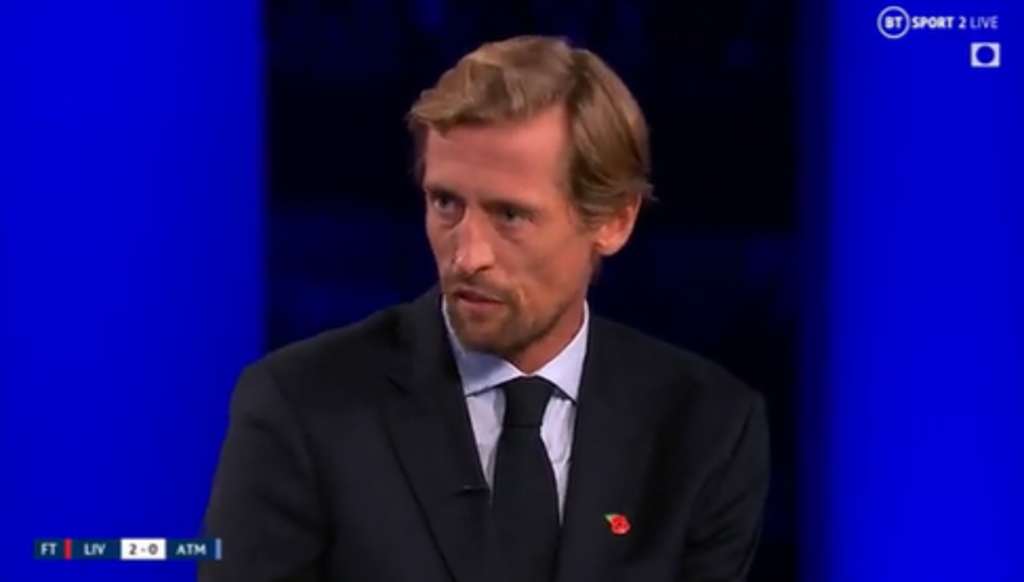 Liverpool are “favourites” to win the Champions League after Jurgen Klopp’s side continued their perfect start to the competition by beating Atletico Madrid 2-0 on Wednesday and booking their place in the knockout stages, according to Peter Crouch.

The Reds have won all four of their matches in Group B and have qualified for the last 16 as group winners with two games to spare after their latest victory against the Spanish champions at Anfield.

Diogo Jota and Sadio Mane struck first-half goals before Felipe was sent off for a cynical challenge on the Senegal international, as Liverpool advanced from the group stage for the fifth year in a row under Klopp.

After the match, former Manchester United defender Rio Ferdinand warned on BT Sport that Liverpool will be the one team that every side left in the competition will want to avoid in the draw for the knockout stages.

Eluding to Liverpool’s European record at Anfield, Ferdinand said: “I would go as far to say that it’s the ground everybody would say is the last they want to go to,” with Crouch then adding that the Reds had rediscovered their sense of invincibility at home following last season’s Covid-hit campaign.

Klopp’s side were eliminated by Real Madrid in the quarter-finals last season but Crouch believes Liverpool will be much harder to beat his campaign.

“It was amazing when the fans weren’t in the ground, that you didn’t think that,” Crouch told BT Sport. “You didn’t believe that they would turn it around [when they were behind].

“Now it’s a different ball game. They look back, they are firing and the fans are back in. At the moment you have to say Liverpool are favourites.”

Fellow former Liverpool striker Michael Owen added: “I’ve watched Liverpool in Europe for a few years and at Anfield on European nights, they verge on being unbeatable.

“How do you stop [them]? They are so good and have been for a number of years now. They showed it against Barcelona, if there is a second leg at Anfield you just can’t see them ever being beaten.”