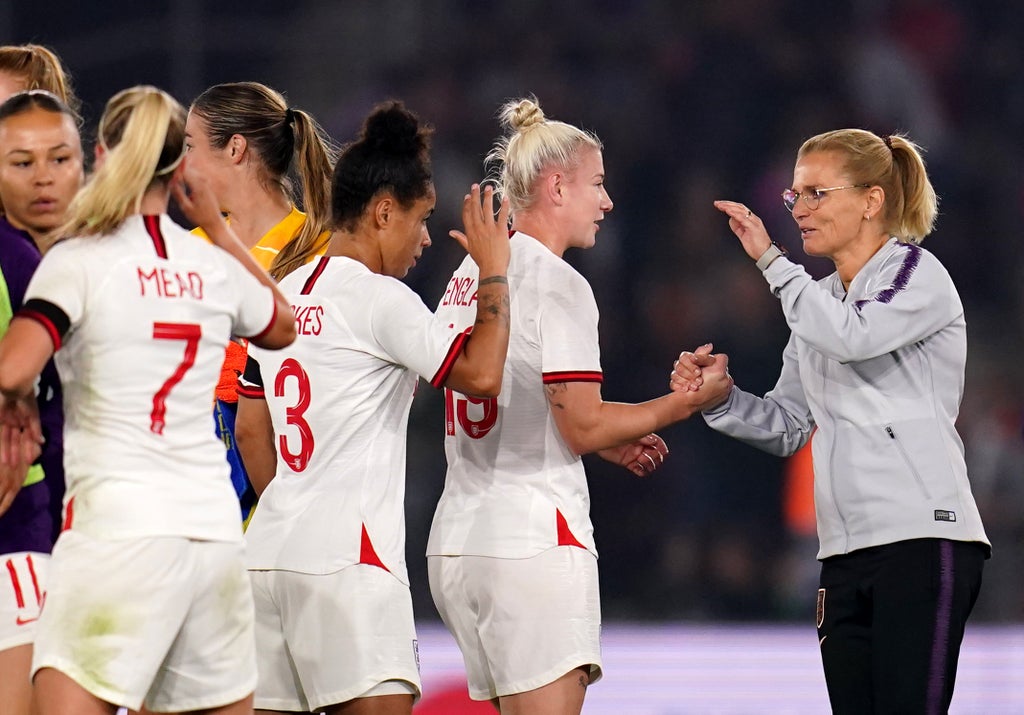 Sarina Wiegman was left asking for more from her England side despite seeing them thrash North Macedonia in her first game at the helm.

Two own goals further widened the gap in England’s first competitive fixture in 804 days – but this was one by name only as they breezed to victory.

Despite the dominance, Wiegman – who led Holland to glory at Euro 2017 – wants to see more clinical finishing going forward.

“I think the performance was OK, good, we wanted to create a lot of chances, I think we have created lots of chances, we scored eight, well, six, they scored two.

With North Macedonia sitting some 123 places below England in the FIFA rankings, this was never likely to be a close contest.

Toone opened the scoring with a strike which should have been saved before White doubled the lead and a Julija Zivikj own goal had the hosts three ahead at the break.

White then converted a controversial penalty, captain for the night Leah Williamson seemingly fouled outside the box only for referee Maria Madrona to point to the spot.

Moments later and Sara Kolarovska was next to turn the ball into her own net, getting tied up by a Mead cross and converting past goalkeeper Suarta Dervishi.

Parris missed a couple of chances to extend the lead before England headed home in the last minute and Mead got in on the act to complete the rout.

“You saw intentions (of what) we would like to do,” Wiegman added.

“It isn’t totally new, we just add to it. The players have so much luggage already with their experience – I hope we will improve and and we need some opponents that are of a higher standard than tonight.

“Hopefully pretty soon we get some other opponents too and then we can continue building and adding things to our game.”

That much-improved opposition will not come in the next game, with England facing a trip to Luxembourg – who are just nine places ahead of North Macedonia in the rankings and were beaten 4-0 by Northern Ireland on Friday.