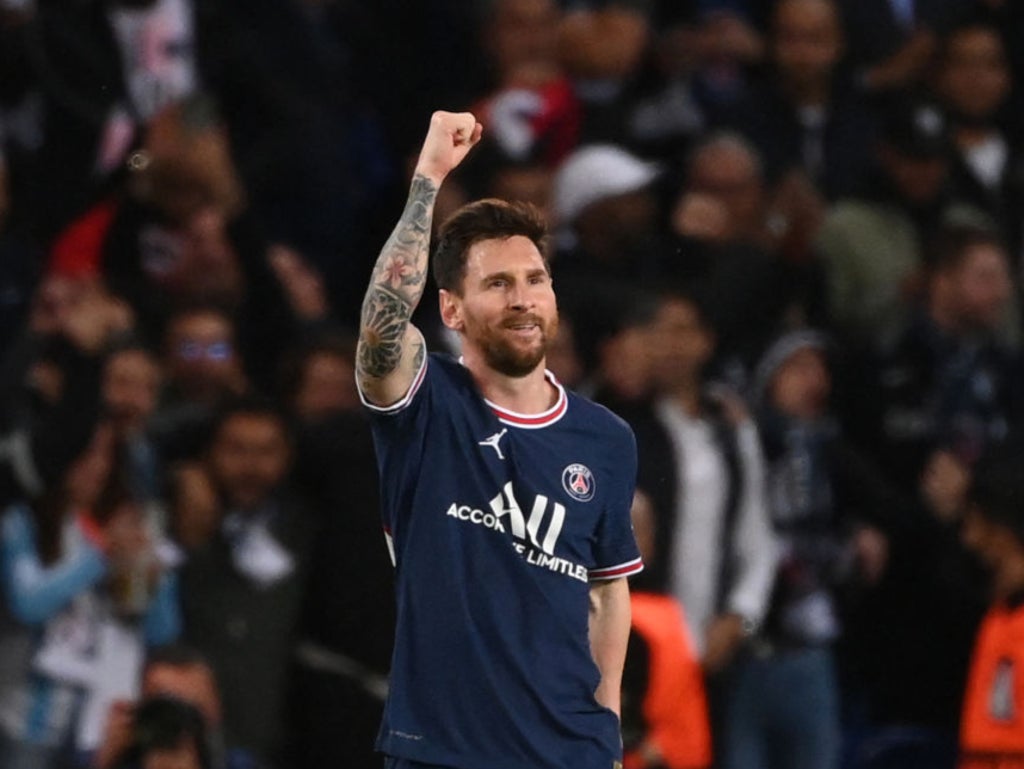 After another goal that would make most careers, Mauricio Pochettino couldn’t help but break the habit of a lifetime.

It was difficult not to. Beyond the context of Messi’s first goal for PSG, and that coming in a Champions League game against arguably the finest side in Europe, this was just a sublime piece of football.

It was also one of many trademark finishes from the Argentine. You only had to look on, hearing the buzz around the stadium, and see that sonic blur scurrying towards goal, to know that it was Messi. That run and finish is up there with all those precise shots into the corner and so many curled free-kicks as the kind of goal he scores so regularly. Pochettino has seen it enough times, not least against his own teams.

“I’ve spent long enough watching so many Messi goals against me,” he chuckled. “I had to celebrate the one that was for me!”

One of the more interesting questions from that, however, is how much any of this was a consequence of Pochettino’s system. It was a divine piece of individualism but how much of that was integrated into the team approach? The answer could go a long way to telling us how far PSG go in this Champions League.

As absorbing as Qatar’s billions have made this political project to watch no matter where you are, two things stand out on seeing this PSG live.

The first is the electricity that charges around the Parc des Princes when Messi or one of the other stars gets the ball. It is precisely why the club’s Qatari owners have spent all this money, to create this sense of spectacle. It’s very difficult not to be swept up in the moment.

That was actually all the more pronounced given the other political project they were playing. The exhilaration of PSG’s stars stood out all the more against City’s attempts at exactness. This obviously isn’t to dismiss Guardiola’s side, particularly given how they dismissed the French team in last season’s semi-final. This City are capable of sensational football, and unravelling opposition, but this was not one of those examples.

It instead felt so B-list or even C-list. Entertaining as Jack Grealish or even Riyad Mahrez can be, well, they’re not Messi or Neymar or Kylian Mbappe are they? This is real star quality. Grealish was shown the level you have to get to. Guardiola is well capable of bringing better football out of him, mind, and that feeds into the second element that stood out.

All of Messi, Neymar and Mbappe were pretty much doing what they wanted. It was genuine individualist football in that sense. There were times when they were genuinely strolling around as the rest of the PSG team toiled to fill in so many gaps. Given how ideological a manager Pochettino is, and how defined his football principles are, we know that wouldn’t be his intention.

It is probably pretty much all he can do amid this kind of star power. What also became apparent was that Messi alone knits so much together. That’s how good he is, why he has always been so much more than a scorer and playmaker. By now he has such a high tactical awareness, he shapes a team around him. He shapes a game around him.

It still requires a lot of industry from those behind him to make it work. It was why there was a strange disconnect within PSG’s performance on a few levels. The smoothness of the attack was built on a certain haphazardness in defence. It often felt like Bill Shankly’s vintage description of seven piano carriers and three master pianists.

It can be exquisite but is it really best practice in the modern game? Messi’s goal came at a key point. Just when City’s system looked like it might be close to an equaliser, one individual solved that problem with some genius. He is one of three PSG players who can win any match on their own, but will that consistently tell against more connected teams?

It is set to be one of the defining themes of this Champions League season. For the moment, Messi was decisive. And divine.