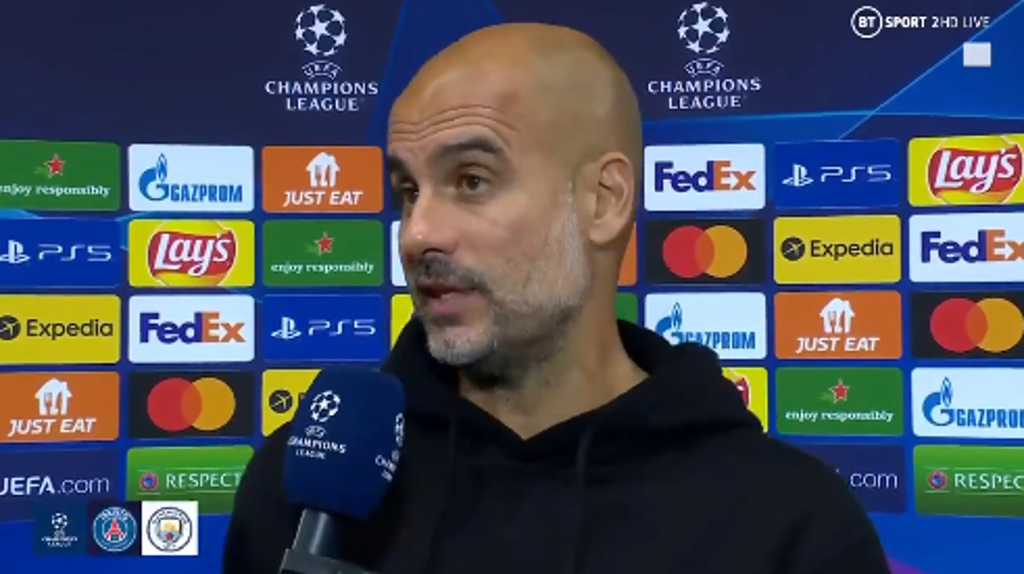 Pep Guardiola admitted his team were beaten by a “fantastic” Lionel Messi goal as his former player added a late second to cap PSG’s 2-0 win over Manchester City in the Champions League.

Messi scored his first goal for PSG since joining the club this summer when he curled in a sublime shot from the edge of the box following Kylian Mbappe’s backheeled lay-off.

The Argentine enjoyed some of the best moments of his career under Guardiola at Barcelona but has now scored seven goals in five appearances against his former coach.

Guardiola said City did “everything but score” and insisted his side’s performance was as good as the one they produced in Saturday’s 1-0 win at Chelsea – despite City losing their unbeaten run in the Champions League group stage in their first such defeat in three years.

“It was a good performance. We did everything but we did not score,” Guardiola told BT Sport. “We defended well. They defended deep and of course the counter-attack is always dangerous with the quality they have, but we controlled them.

“Unfortunately we couldn’t score but that is football and I have nothing to say [about that]. My biggest compliments to the team. Sometimes we win sometimes we lose.

“In the second half we had many moments. [PSG goalkeeper Gianluigi] Donnarumma made many saves. But the team was there, like at Stamford Bridge. The team is alive.

“We played to win but they don’t need much to score a goal they did that. The goal [from Messi] was fantastic.”

Messi admitted prior to joining PSG that he did not want to leave Barcelona – the club he had played with for 21 years – and had struggled for form in his first three appearances for the Ligue 1 club.

But the 34-year-old has joined PSG with the ambition for competing for the Champions League and is still settling into his new surroundings.

“If Messi is happy in Paris, I will be so happy for Leo,” Guardiola added. “And let me say I’m in love with Marco Verratti. He is an exceptional player. He is small but you can always count on him. I’m happy he’s back from injury.”