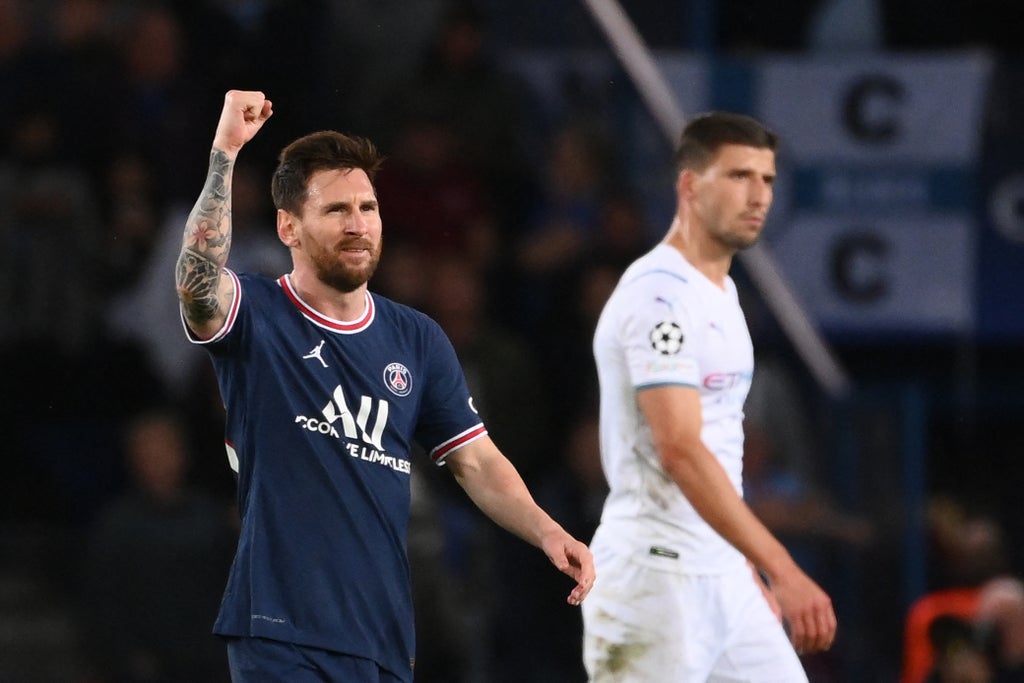 Lionel Messi hailed scoring his first Paris Saint-Germain goal as an “important moment” as he continued his stunning scoring record.

The Argentinian moved to PSG this summer from boyhood club Barcelona as the Spanish giants had financial constraints. Messi had a few games under his belt for the French club but not a goal and a knee injury had hampered his pursuit.

The first score finally came as he helped PSG defeat Manchester City 2-0 and it was the star’s 27th Champions League goal against an English club. Idrissa Gueye had opened the scoring for PSG and Messi doubled their lead in the second half.

“I’m very happy to have scored,” Messi told Canal+. “I hadn’t been able to play recently and this was only my second game in this stadium. I’m adapting to my new team. The more we forwards play together the better our relationship will be. We all need to grow together and improve and keep giving our best.

“They were great opponents. It was very important for us to win the match after our [opening] draw against Brugge. I really wanted to get out there. I haven’t played much. I’m still getting used to my teammates, the team, and today was an important moment.”

And PSG manager Mauricio Pochettino agreed that Messi needs time to adapt to his new team.

He said: “I‘ve spent 20 years watching him score goals from the other side of the opposite pavement and it’s the first time he scores for a team I manage so I had to celebrate.

“You need this type of performance and players like him need to feel the back of the net. He needs to create links within the team after 20 years in Barcelona. He’s feeling different things, there’s a lot of new feelings for him.

“First goal in our side, now that we are in the same side I enjoyed a lot and so happy to be here enjoying Leo’s first goal. He’s top class, I know I’m not saying anything new but I think with time he still has room to improve a lot.”