‘Why is Ronaldo just so much better?’: Fans mock Lionel Messi on social media after he had a penalty saved by a ROBOT goalkeeper during visit to the Olympic Sports museum in Qatar with his PSG team-mates

Lionel Messi has been lauded as one of the world’s greatest footballers ever, having won the coveted Ballon d’Or a record seven times.

However, the Paris Saint-Germain striker was no match for Qatar’s goalkeeping robot during a press day at the country’s Olympic Museum this week.

Despite scoring 764 career goals, the Argentina international couldn’t find the back of the net when faced with the moving piece of machinery on Wednesday evening. 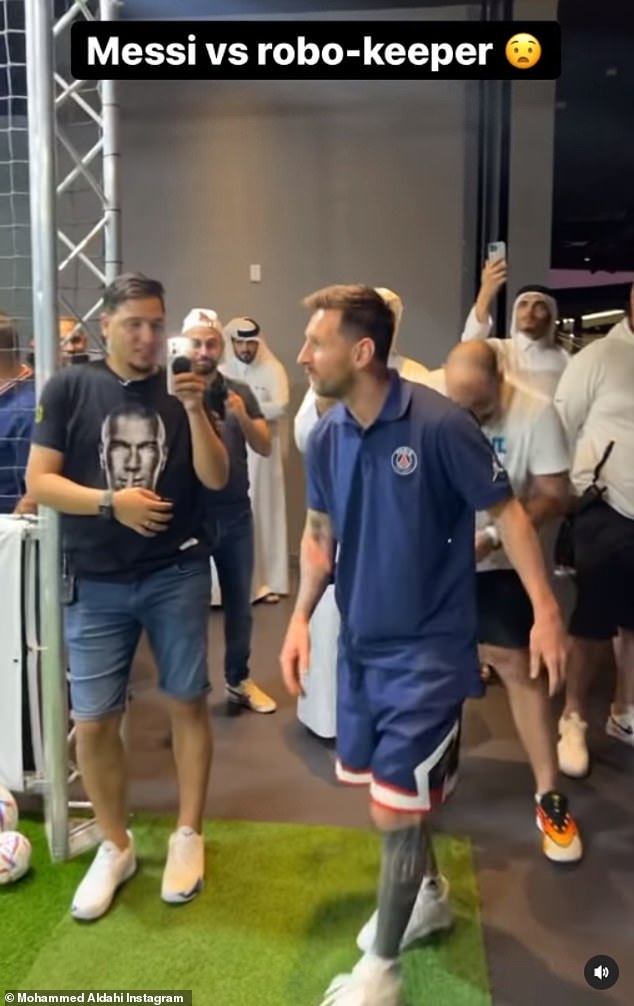 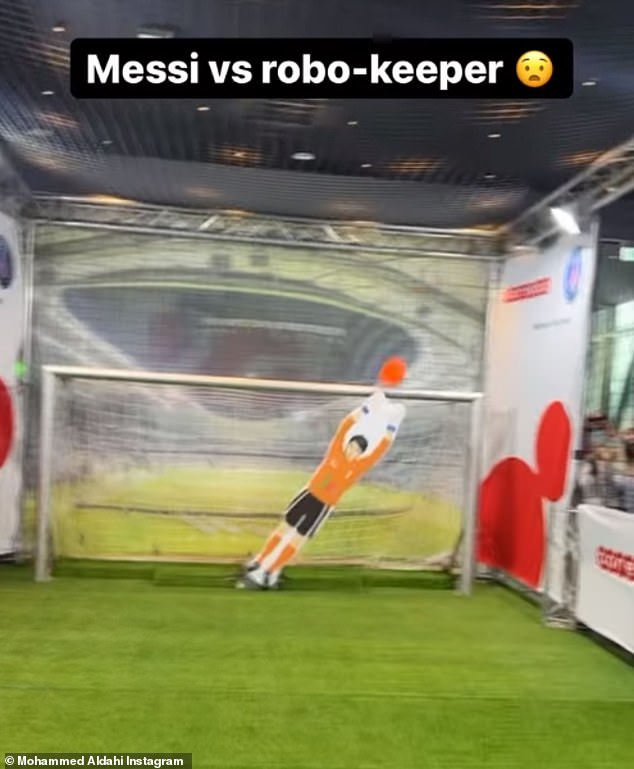 Footage shared on Aldahi’s Instagram page shows Messi, considered by many as the game’s greatest ever player, taking on a robot goalkeeper in a penalty shootout.

Messi lined himself up to take the spot kick while wearing Paris Saint-Germain gear and white trainers.

He approached the ball in his usual fashion and attempted to put it in the top right corner. However, the robot goalkeeper made a sensational save.

Messi appeared to laugh his miss off, while the surrounding crowd remained silent after the penalty kick.

Fans were quick to respond and mock Messi. One social media user wrote: ‘EVEN WITH ROBOT HE STILL CAN’T SCORE’. Another added: ‘Why is Ronaldo just so much better’.