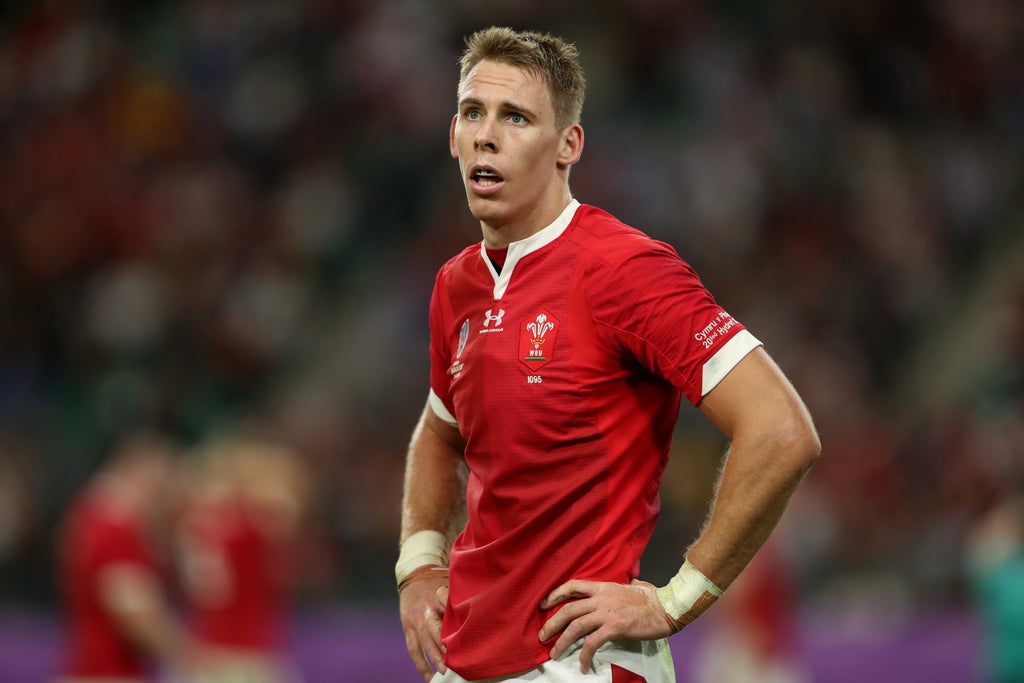 A man briefly stood alongside All Blacks team members ahead of the New Zealand national anthem before he was led away, then a spectator was banned from the Principality Stadium for life after running onto the pitch as Wales attacked midway through the second half of last Saturday’s Springboks encounter.

Williams had the ball inside South Africa’s 22 when the spectator ran on, before he was wrestled to the ground by stewards and led away.

It was a possible try-scoring opportunity for the home side that vanished during a brief, but chaotic, situation.

Speaking for the first time about the incident, Williams said: “I did actually see him in my eye-line because I was looking in front of me.

“I was going to go on a short line off Johnny McNicholl, but as I looked up he (spectator) was on the floor as part of three people rolling around.

“I had to change my running line and did not make it to the try-line. I have never seen that before.

“I’ve seen the aerial photo, and South Africa have got a couple of guys coming across. You can never say yes (Wales would have scored) because it didn’t happen. I am going to sit on the fence on that one.

“If we hit him (spectator), he’s the one who is going to be hurt. It’s just not on, especially in the middle of a game.

“They should not be coming on to the pitch. There are people around the pitch to make it secure for us to play on.

“It is not acceptable for fans to come on the pitch during a game at the Principality Stadium, to be honest.

“It has happened a couple of times now, and we don’t want to see it happen again.”

Wales return to action on Sunday, hosting Fiji, which offers an early glimpse for both sides ahead of their 2023 World Cup pool meeting in France.

And Williams, who went on as a substitute against South Africa, makes his first Wales start since the final game of last season’s Six Nations.

The 30-year-old was struck down by appendicitis last month, and he added: “It came out of the blue. I trained on the Monday and then had a sore stomach on the Monday night.

“I had a scan on the Tuesday afternoon and an operation on the Wednesday. I was pretty much in the house for two weeks going from my bed to the sofa and back again in agony.

“I had been off for six weeks after the Lions. I trained for the last two weeks of that six weeks, and then my first day at the Scarlets – that is when I was ill.

“I was off for another four weeks and could not do any weights. I did not lose any weight, thankfully, but you lose a bit of strength and power.”

Williams lines up in a Wales side led by flanker Ellis Jenkins, with wing Josh Adams moved to outside centre and a likely Test debut off the bench for 19-year-old Exeter forward Christ Tshiunza.

“We need to get back to winning ways, and hopefully a win will get us in a good place for Australia next weekend,” Williams said.