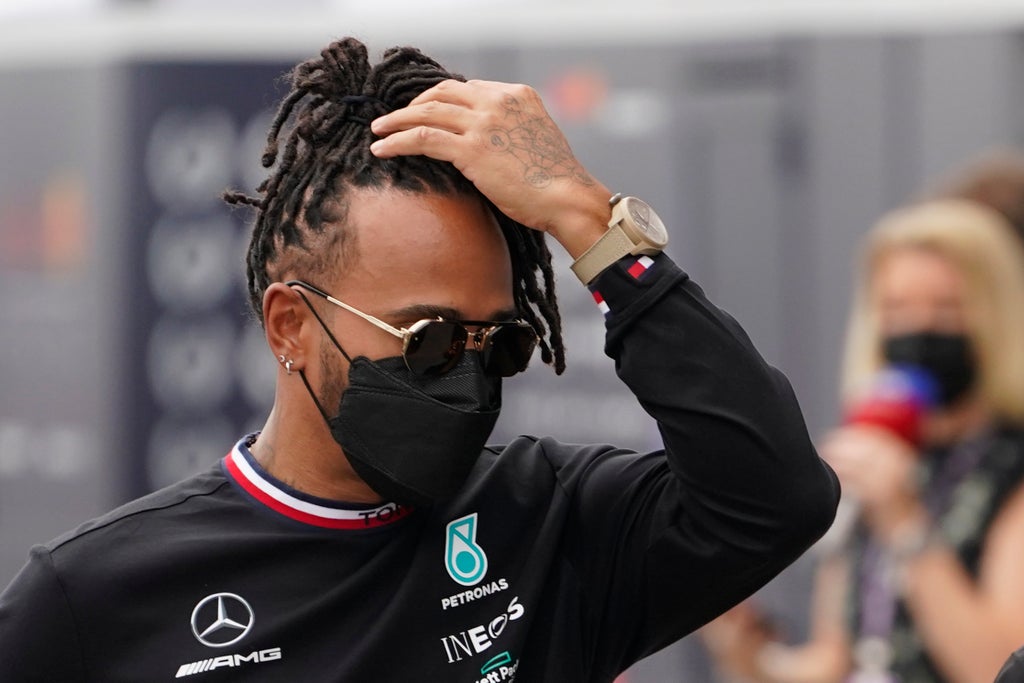 Lewis Hamilton’s preparation for the United States Grand Prix started with a hiccup after he was locked in his Mercedes room.

The seven-time world champion was conspicuous by his absence for the start of his mandatory FIA media session to preview Sunday’s race, with an empty chair alongside Ferrari’s Charles Leclerc.

The Briton will hope the peculiar episode – one his Mercedes team blamed on a faulty lock – is not a bad omen as he embarks on another critical weekend in his pursuit of a record-breaking eighth world championship.

Hamilton is six points adrift of his Red Bull rival Max Verstappen with six of 22 races left, but Austin’s Circuit of Americas evokes powerful memories for the British driver.

He secured his second and sixth championships here in 2015 and in 2019, and has won in five of his eight appearances.

And with this season’s see-saw championship battle so finely poised, Hamilton will know the importance of securing a full quota of points at a venue that has been kind to both him and Mercedes in the past.

“It is a place of great, great memories, and a great track for wheel-to-wheel racing,” added Hamilton.

“It is going to be very tight and close between us all. It is important to win every race somehow and maximising our points.“It will be incredibly difficult and there will be moments where we can edge out Red Bull.

“A lot can happen in these six races so I am going to take one race at a time and give it everything I have got.”Earlier on Thursday, it was revealed that Hamilton has been ranked behind Verstappen and Lando Norris on a list of the world’s most popular F1 drivers.Championship leader Verstappen topped the survey voted for by 167,000 people across 187 countries. However, Hamilton was the highest-ranked driver of those participating in the UK.Commenting on his relationship with Verstappen, Hamilton said: “We have limited communication between us.

“Some of the drivers spend more time with each other and I wouldn’t say I hang particularly closely with anyone here.

“Last year we would see each other at the track, and we would say ‘hi’, and we would do the same thing this year – so there is no difference for me, personally.”

Hamilton’s all-conquering Mercedes team, winners of the past seven drivers’ and constructors’ championships, were voted as only the fourth-most popular team. McLaren topped the table ahead of Red Bull and Ferrari.

The British Grand Prix was ranked among the fans’ favourite races – alongside Monaco, Monza, and Spa-Francorchamps – while the sport itself is also considered to be in a stronger position than it was five years ago by 55 per cent of the voting fans.