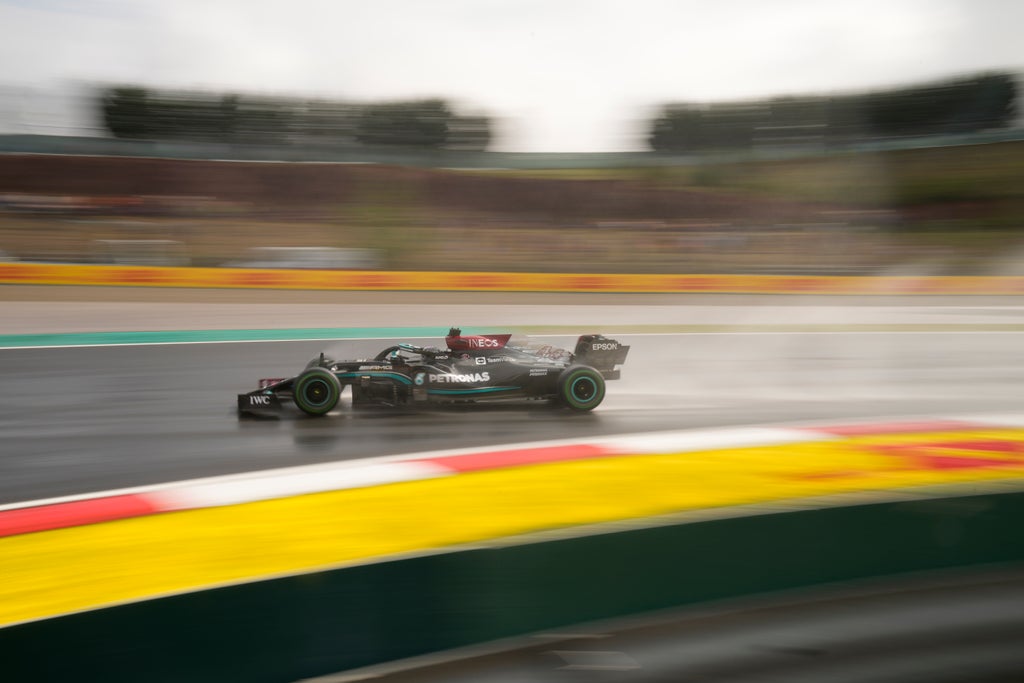 Hamilton is facing a 10-place grid penalty for Sunday’s race after using his fourth engine of the season here – one more than is permitted.

AlphaTauri’s Pierre Gasly topped the order after the one-hour session was red-flagged when George Russell beached his Williams.

The British driver lost control of his machine in the slippery conditions at Turn 2 and came unstuck in the gravel.

The action was suspended for five minutes as Russell’s stricken car was removed from danger and the Williams man played no further part.

A number of drivers were caught out by the inclement weather with Max Verstappen escaping any damage following a 360-degree spin.

Verstappen then completed his best lap in the closing moments to take second, 0.164 adrift of Gasly, with Sergio Perez third in the other Red Bull.

Carlos Sainz and Charles Leclerc, who spun at Turn 9, finished fourth and fifth respectively for Ferrari.

While the rain stopped during the final running, there is a chance qualifying could still be played out on a damp surface.

The action to determine Sunday’s grid gets under way at 3pm local time (1pm UK).