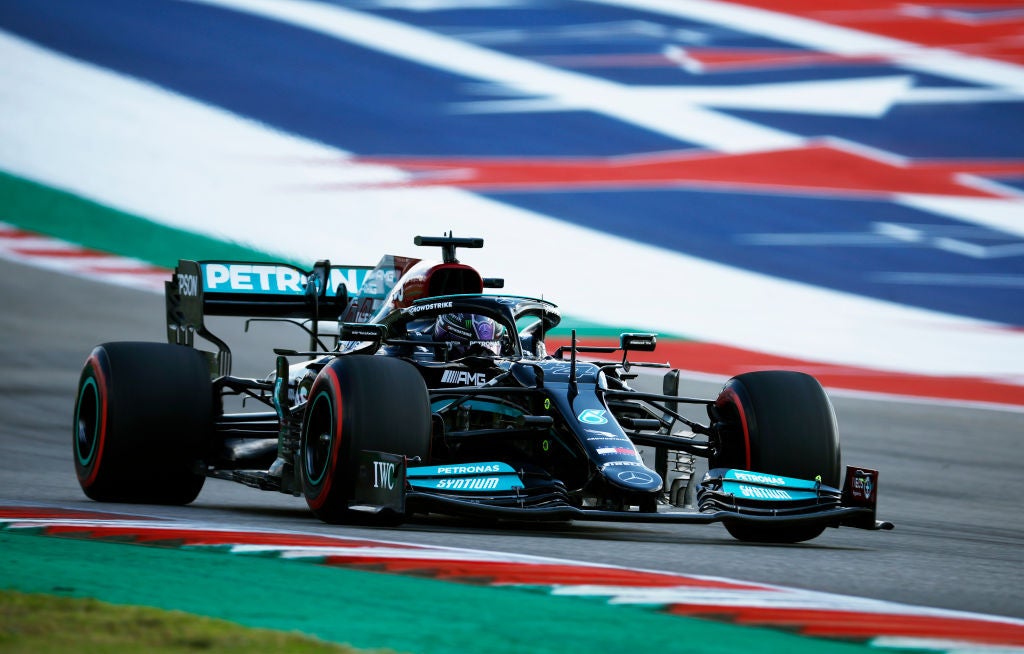 Lewis Hamilton finished sixth in final practice for the United States Grand Prix after his fastest lap was chalked off.

Hamilton, who trails Max Verstappen by six points in the championship standings, temporarily moved to the top of the time charts – two tenths ahead of Sergio Perez.

But the seven-time world champion exceeded track limits at Turn 9, and his time was deleted.

Verstappen’s best effort was also consigned to the rubbish bin after he gained an advantage by using the run-off at the penultimate corner. He finished third.Perez led the way in the concluding one-hour session ahead of qualifying later on Saturday.

Valtteri Bottas, who will serve a five-place grid penalty for taking on new engine parts, finished fifth, with Hamilton, a winner here in five of his eight appearances, half-a-second back.

Fernando Alonso joins Bottas, Sebastian Vettel and George Russell in being hit with a grid penalty for Sunday’s race.

The double world champion is in line to start at the back after taking on his fourth engine of the campaign – one more than is permitted.