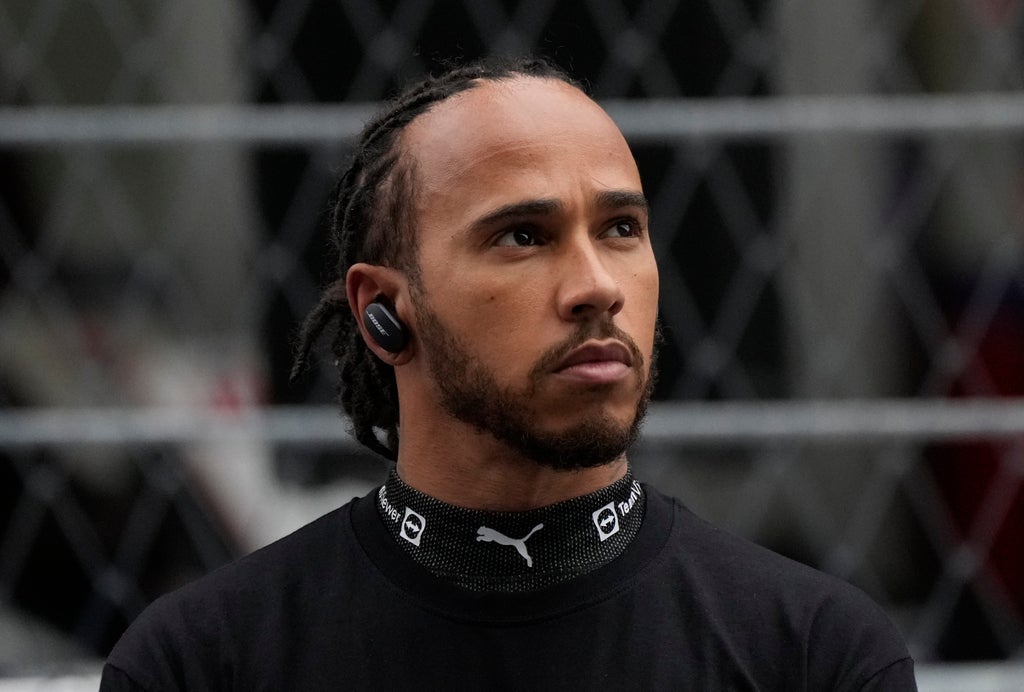 Lewis Hamilton took pole position for the Turkish Grand Prix with a new track record – but he will be thrown back to 11th following his engine penalty.

But Hamilton, who holds a two-point advantage over Verstappen, will face danger from all angles during Sunday’s start after serving a 10-place penalty for using his fourth engine, one more than is permitted.

Bottas will be promoted to the top spot with Red Bull’s Verstappen joining him on the front row.

Speaking in the build-up to Saturday’s qualifying session, Hamilton said he must capture pole in order to limit the damage of his engine penalty.

And he delivered on his promise with his final lap seeing off Bottas by 0.130 seconds, while Verstappen finished third, three tenths back.

Mercedes rate the circuit here – 30 miles outside of Istanbul – among the easier tracks on the calendar to overtake and Hamilton will hope to come through the field like Verstappen did at the last race in Russia. He will also be keen on Bottas keeping Verstappen in his mirrors.

“The session was tricky, but it was a great job by the team,” said Hamilton. “Tomorrow is going to be difficult but I will give it everything.

“It is not the easiest to overtake and tomorrow is going to be difficult to move up. We have got the long straight down the back and we will see what we can do.”

Bottas said: “It was a good qualifying and not easy conditions.

“As a team result it was as we planned.

“I will focus on my own race tomorrow and that is the way to attack it when you start on pole.”

A queue formed at the start of Q1 with the threat of rain imminent. A smattering of drops at the end of the circuit lasted only for a few minutes, having little impact on the result.

Daniel Ricciardo was the biggest casualty. The Australian ended McLaren’s nine-year wait for a victory at last month’s Italian Grand Prix with a composed drive.

But Ricciardo has largely been out-of-sorts in his debut campaign with McLaren and his early exit exemplifies his struggles.

Mick Schumacher delivered the best lap of his F1 career to progress to Q2 for only the second time.

The young German finished Q1 ahead of four-time world champion Sebastian Vettel and the best part of three seconds faster than Haas team-mate Nikita Mazepin. He will start 14th on Sunday.

Vettel secured his second world championship on this day a decade ago, but the 34-year-old was out-qualified by Aston Martin team-mate Lance Stroll and failed to progress to the top-10-shootout, finishing 11th.