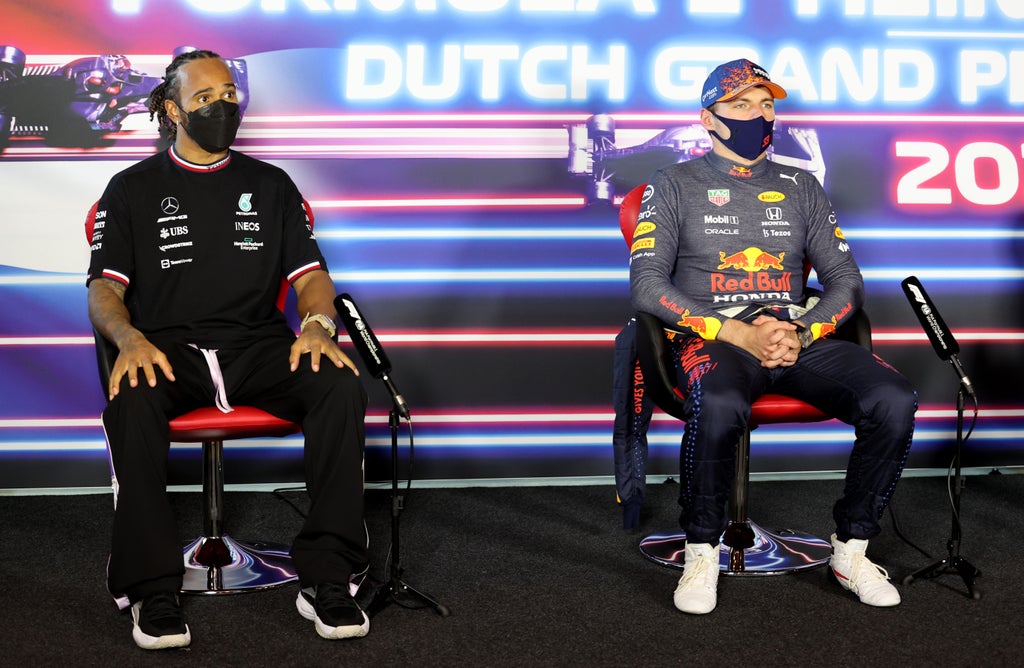 Lewis Hamilton has played down any hostility with his rival Max Verstappen as they go toe to toe in the battle to be Formula One world champion.

The duo have been involved in two major incidents, at Silverstone and Monza, which have influenced their burgeoning title race as the 25-year-old Vestappen chases his first world crown and Hamilton closes in on a historic eighth championship.

Mercedes’s Hamilton currently holds a two-point lead over the Red Bull driver ahead of the Turkish Grand Prix this weekend, with six more races to follow Turkey.

“I don’t feel like it’s changed,” Hamilton told ESPN of his relationship with Verstappen this season. “It’s difficult, because when you are around people and you are in hostile scenarios, and when they are around you, they are one way with you and they are different when you are not around.

“Me and Max, when we have seen each other after the race, I have always tried to be respectful whether he is first or he’s behind me. I always try to make sure I go over to him and it doesn’t feel any different to me. Of course, we sat in the stewards’ office the other day and it wasn’t hostile – he gave his point of view and I gave my point of view.

“I called him after Silverstone but, again, I don’t mean to be patronising, but I’m much older. It was important for me to call and to be able to break the ice. I wouldn’t have been able to do that when I was 25.

“I don’t hold any hostility against him. I feel he’s a tremendous talent and I’m enjoying racing with him. Do I agree with everything he does? It doesn’t even matter. All I can control is what I do and how I handle things. Whatever happens at the end of the year, we will shake hands and be back to fight again next year.”

Hamilton says he hopes his experience and knowhow will guide him to victory.

“Yes, I’ve had to back out of certain scenarios with Max because otherwise we are going to crash, and I’m just like, ‘I’ll beat him in another way’. I think, ‘If I can just survive this corner, I will challenge and fight him another way, stay close, use strategy and all these different things.’

“But that comes with experience and I really do hope that that pays dividends at the end of the year, but of course you have just got to find the right balance. That’s really what I’m just trying to do.”