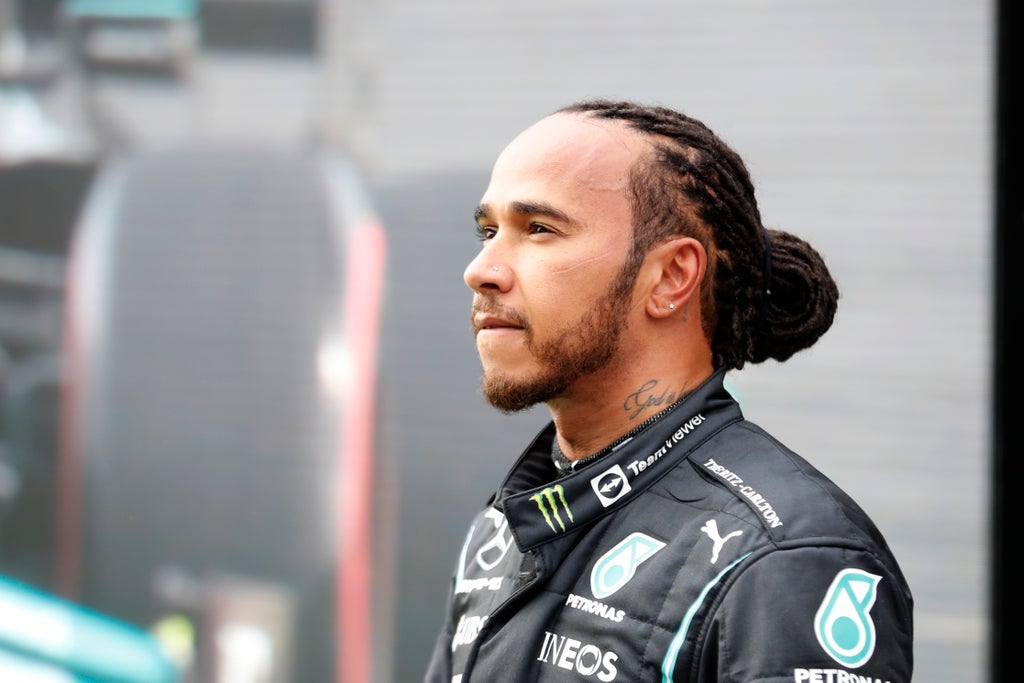 The Mercedes driver will start nine places behind his championship rival after serving a 10-place grid penalty following an engine change.

But his punishment will see him start in the precarious position of 11th, with Bottas elevated to pole position and Verstappen joining him on the front row.

A short rain shower hit the opening moments of qualifying, with the forecast for Sunday’s race uncertain.

And Hamilton, who drove from sixth to first in last year’s rain-hit race to seal his record-equalling seventh world crown, believes the mixed forecast might prove his best bet in preventing Verstappen from recapturing the championship lead.

Hamilton, two points clear of the Red Bull driver, said: “It is a long race and I hope there is some rain that comes along.

“It is not the easiest to overtake at the moment, so I imagine it will be difficult to move up. But we have got the long straight down the back and we will see what we can do.”

Hamilton’s Mercedes team elected to give their superstar driver his fourth engine – one more than is permitted for the season – in Turkey.

Mercedes believe that the risk of an engine failure – and a potentially devastating DNF in Hamilton’s quest for an eighth crown – outweighs his lowly grid position.

The all-conquering team also rank the Istanbul venue to be a more desirable track to overtake than any of the ensuing six rounds.

“There have been a lot of discussions over the last week-and-a-half and I was pushing to hopefully keep engine number three,” added Hamilton.

“But on Thursday night they took the decision to change. We knew at some stage we probably would have to, just to be 100 per cent sure and safe, so it was whether we took it here or somewhere else.”

Mercedes have held the upper hand throughout the weekend so far, and Hamilton will hope team-mate Bottas can keep Verstappen at arm’s length.

Bottas, who finished 0.130 seconds behind Hamilton, said: “As a team result, it was as we planned. But I will focus on my own race tomorrow and that is the way to attack it when you start on pole.”

However, despite the Finn’s claim, it is inconceivable that Mercedes will not use him as a pawn to slow down Verstappen and bring Hamilton into contention in this tightest of championship fights.

Behind, Charles Leclerc will start third for Ferrari ahead of AlphaTauri’s Pierre Gasly and double world champion Fernando Alonso.

Mick Schumacher delivered the best lap of his F1 career to progress to Q2 for only the second time.

The young German finished Q1 ahead of four-time world champion Sebastian Vettel, and the best part of three seconds faster than Haas team-mate Nikita Mazepin. He will start 14th on Sunday.