Leicester 4-1 Southampton: Foxes round off season by cruising past Saints to secure top half finish, as Ralph Hassenhuttl reveals he asked Leicester to score an OWN GOAL after controversial opener

By Tom Collomosse For The Daily Mail

Ralph Hassenhuttl revealed he asked Leicester to allow Southampton score an equalising goal unopposed as their controversial opener left the Saints boss under pressure after 10 defeats in 13 matches.

Hasenhuttl was furious with the circumstances surrounding James Maddison’s strike early in the second half. When the home side restarted after a break in play, Southampton thought the ball would be returned to them – only for defender Lyanco to make a mistake when closed down by Jamie Vardy, leading to Maddison’s 18th of the campaign.

‘The offer I made was to let us score a goal when we kicked off after the first,’ said Hasenhuttl. ‘But they didn’t take it.’ 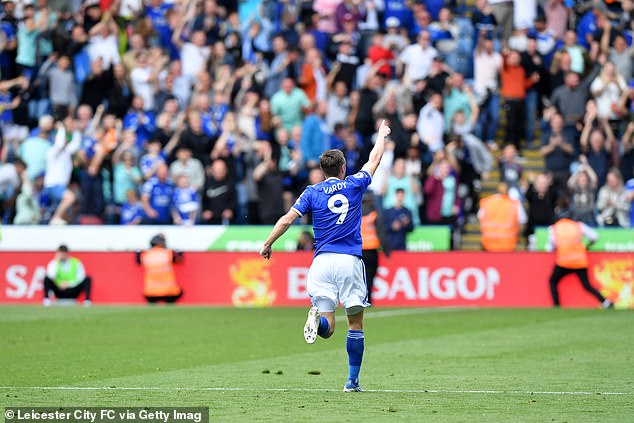 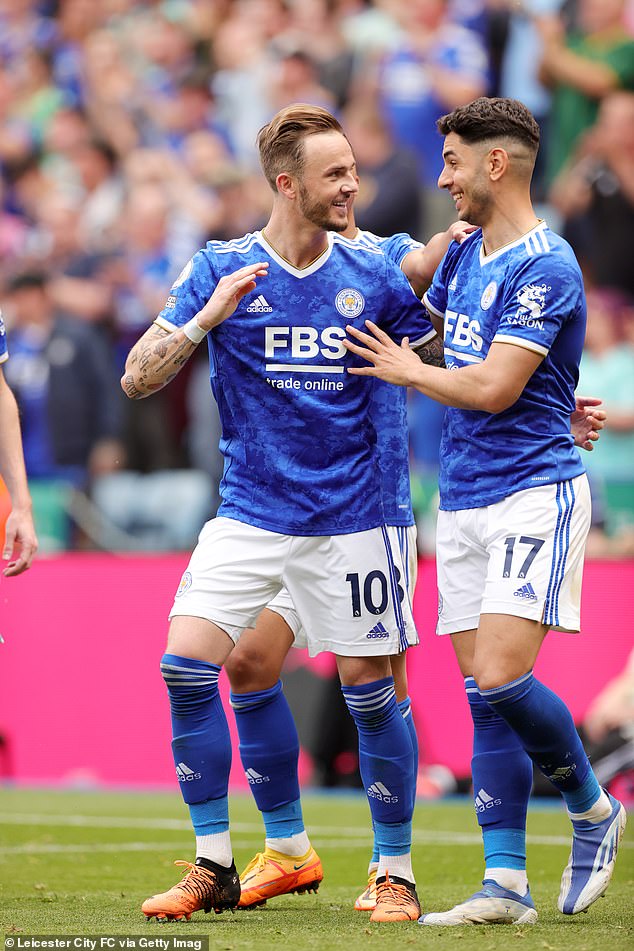 Two of the goal scorers, James Maddison (L) and Ayoze Perez (R) celebrate after Leicester made it 3-1

‘We speak about respect and fair play. When you act like this it’s not acceptable. When you have the ball and the referee stops the game, you should get it back.’

There are few precedents for teams letting opponents score unopposed, though Marcelo Bielsa ordered Leeds to do so against Aston Villa in a 1-1 draw at the end of the 2018-19 Championship season.

Yet despite the controversy, this was a deserved win for Leicester, who end a difficult season on high note. They have taken 10 points from their final four games to finish eighth. 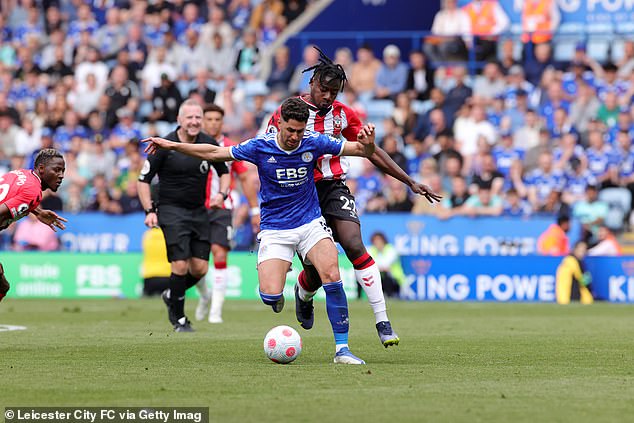 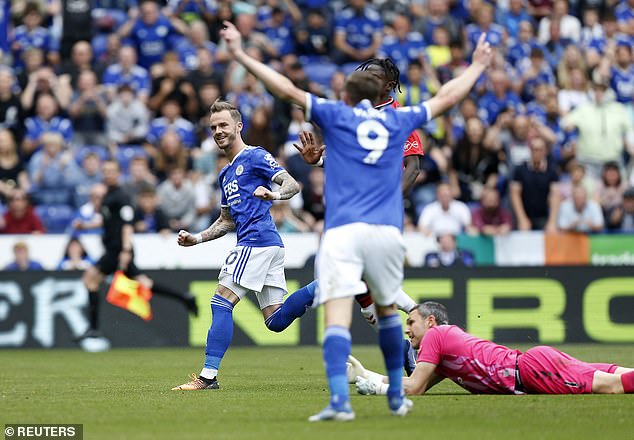 Boss Brendan Rodgers said: ‘If the Southampton defender hadn’t made a mistake, there is no drama. (Referee) Jon Moss said it was a fair goal.

‘To finish eighth is not bad given the negativity that has been around all season. Let’s see if we can disrupt the top six again next season.’

After a sleepy first half, the game came to life immediately in the second. Vardy went down off the ball after a tussle with Oriol Romeu and when referee Moss was happy there had been no foul, Wesley Fofana resumed the game with a pass back to Kasper Schmeichel. 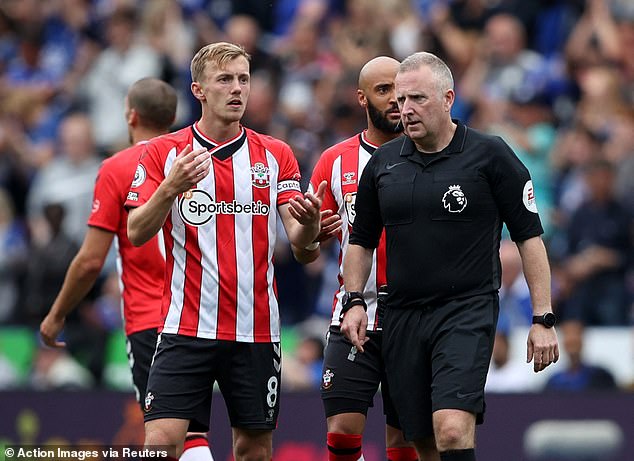 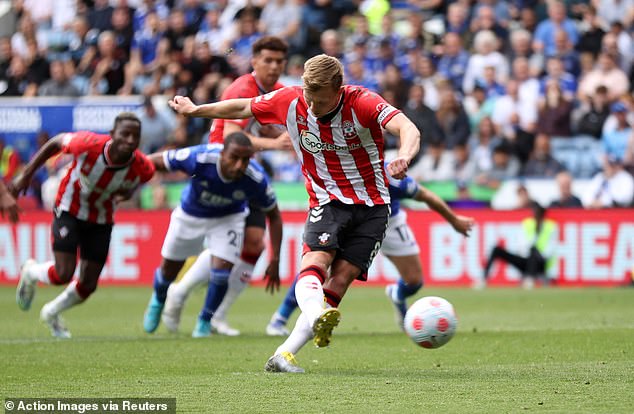 Saints defender Lyanco made a hash of controlling the clearance, leaving Vardy one-on-one with Alex McCarthy. McCarthy saved but the ball ran free to Maddison, who tapped home his fifth goal in four matches. ‘By quite a distance, our best player this season,’ added Rodgers.

After Saints had brought on Che Adams for Adam Armstrong as a concussion substitute, Vardy added a second in the 74th minute, silencing the away fans who were taunting the forward about the ‘Wagatha Christie’ court case involving his wife Rebekah.

James Ward-Prowse gave Saints hope with a penalty after Youri Tielemans, who may leave Leicester this summer, tripped Stuart Armstrong, only for substitute Ayoze Perez to grab a quickfire double – and leave Hasenhuttl facing a tricky close-season. 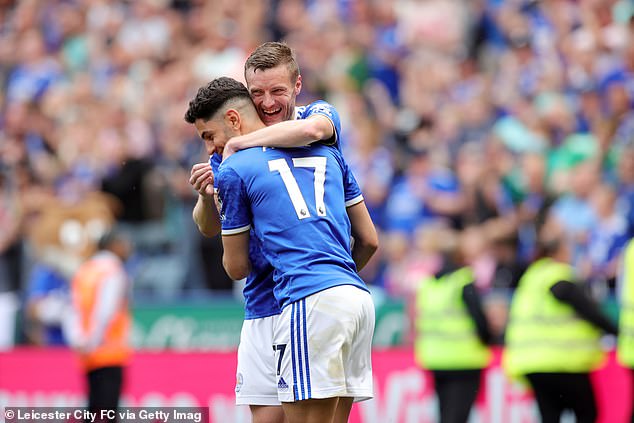