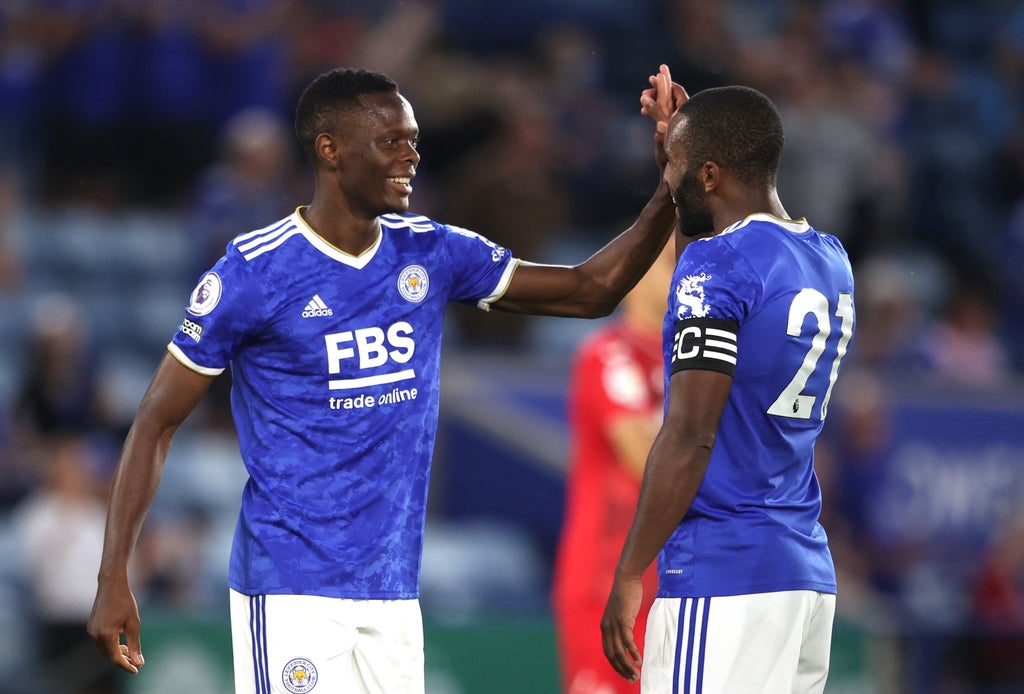 Striker Patson Daka admits Leicester’s trip to Crystal Palace is vital to get the Foxes back on track.

It continued the Foxes’ underwhelming start to the season, with Brendan Rodgers’ side sitting 13th in the Premier League ahead of Sunday’s clash with Palace.

“It’s an interesting game for everyone and we know how important it is for us to give our best and make sure we have maximum points,” Daka told LCFC TV.

“It has not been an easy start for us, so we’re looking forward to continue working and to see how many points we can get.

“They are a very good side. They have started well and the previous game, they drew. I know it’s not going to be easy, but we just have to do our very best. Everything is possible. We have the ability to get maximum points.”

Kelechi Iheanacho is available after he was turned away by Polish border control due to problems with his travel documents while Wilfred Ndidi is back after being banned for the game in Warsaw.

Daka started in Poland but he struggled to make an impact as he adapts following a £23million signing from RB Salzburg.

He had played just 26 minutes in the Premier League this season and the 22-year-old felt Thursday, despite defeat, will help him improve.

“It’s very good for me,” said the Zambia international. “I’m really happy with how I was able to get some more minutes.

“It’s just unfortunate it didn’t go the way I hoped for, but I just have to continue working hard each and every day.

“When I’m given the opportunity, I have to do my very best, so I don’t regret anything. I just hope that, going forward, things will start going the way I hope.”